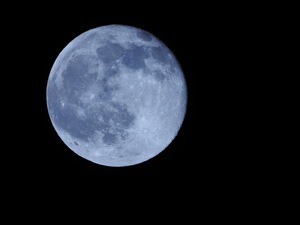 September’s Bronx Writers Center Dispatch comes to us by way of writer, artist, and PEN member Orlando Ferrand, with original photography from his new series, A Bronx of My Own, 2015.

Like Marcel Proust’s madeleine, there are three words for me that have the power to evoke involuntary memories: sea, ice-cream, and sex. The words intertwine with the smell of summer and bring me back to the most byzantine and whimsical time of my life. It was the 1980s and I was still living in Havana. During weekend escapades at the beach, I discovered what it was like to become a man, and explored my sexuality with both men and women.

I didn’t need to define who I was based on my choice of partners, or explain to anybody how I could fall in love with both boys and girls. My parents were open-minded and never asked indiscreet questions. My guests and I slept together in my bed, and the next morning, my parents would invite her or him to sit at the family table and have breakfast with us all.

“Do you have relatives of color?”

“Is that your natural hair color?”

“Are you a Communist?”

“What do you think of Fidel Castro?”

My parents would ask these questions with the blinds down, the curtains drawn, the doors and windows shut. In Cuba, politics was feared more than sexual orientation, in spite of the Castro regime’s criminalization of openly gay behavior. 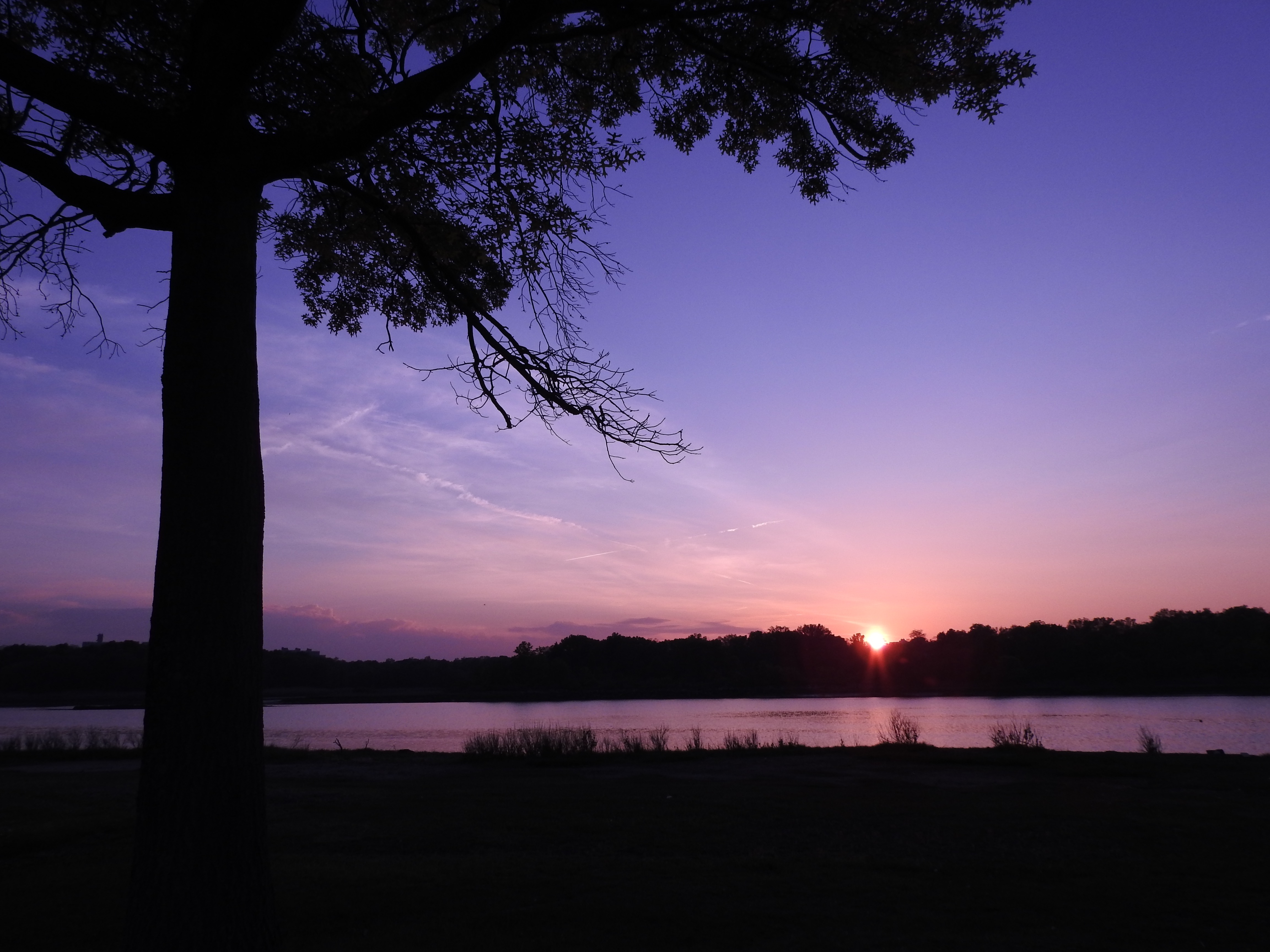 “Sunset at Orchard” by Orlando Ferrand

One steaming-hot Saturday morning in the summer of 1985, we woke to the familiar national alert alarm. Ever since an SR-71 Supersonic Blackbird had been spotted in Cuban airspace, what sounded like the screeching of seagulls gone mad had become a part of our lives, telling us to black out our windows… The entire country had been paralyzed for months by a Russian oil shortage and we barely had any gas, water, or electricity. Peristroika. In Eastern Europe, Peristroika meant democracy. In Cuba it meant hunger and misery.

Peering through the blinds, my mother, my sisters, and I saw a crowd running from the marshes on the outskirts of the city to the Havana Harbor, where the biggest fleet of ships we’d ever seen was docking on our shore. The landscape and all the creatures seemed to have been transmuted from Witches’ Sabbath from Goya’s Black Paintings.

We couldn’t ignore the gut feeling of shared destiny that bonds all countrymen in the midst of adversity. We rushed out onto the streets and became one with the stampede.

Out of those ships came millions of Chinese bicycles like a metallic hurricane. They were immediately distributed to every household. We didn’t need cars, we had bikes.

Riding my bicycle every day from our home in the Russian housing complex by the sea to the School of Foreign Languages at the University of Havana in the heart of city, where I was an English Major, and from there to the Cubanacán, the world-class arts conservatory housed in a former country club that I was also attending, exacerbated my stamina and sexual appetite. The famous Cuban ice-cream, pumping through my veins like milky Viagra, was the icing on the cake on those nights where every encounter with a foreigner carried the promise of another anonymous sex partner, soap, toilet paper, and a meal for the entire family. Cuban currency was worth next to nothing. The Revolution was starving its own children. And I’d never felt as proud; I was an A student by day and a hustler by night.

Stella, my first love and high-school sweetheart, introduced me to the diaries of Anaïs Nin, with whom I shared the same ethnic background and nationality. We didn’t have to live recklessly through the French-Cuban-American goddess of erotica; we were accomplices in one too many adventures in sensuality that didn’t make us envy the Delta of Venus. However, Anaïs became our muse. While Stella read to me all of her literary works, I would fall asleep aroused and then, I was released. 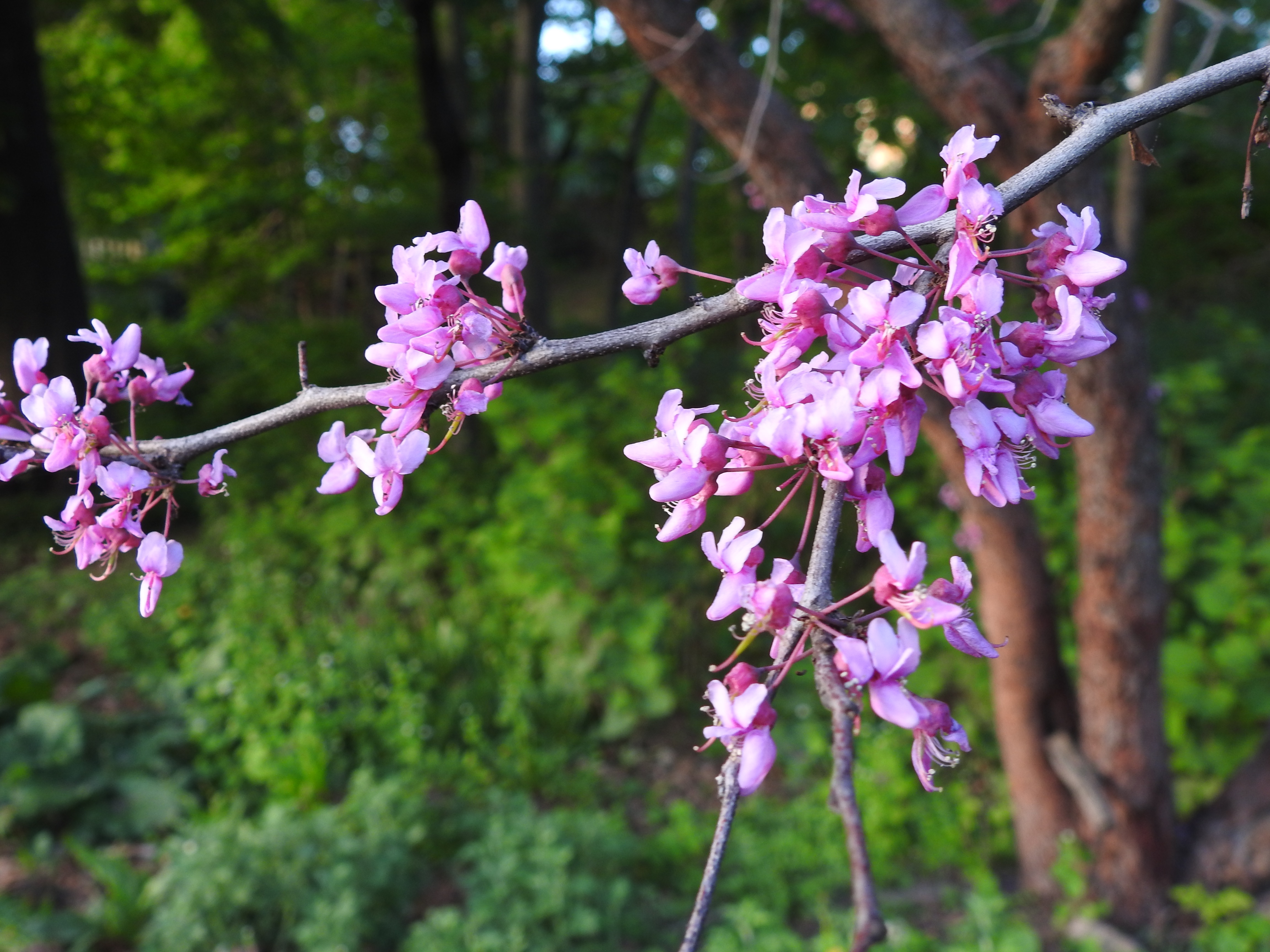 “Honey for the Boy” by Orlando Ferrand

In 1986, I fell in love with a photograph of the young Ernest Hemingway while on a bicycle trip to his home at Finca La Vigía, 10 miles southeast of Havana City. It was déjà vu. I was a junior in college being formally introduced to the onsite study of his life and work, especially those books he’d written in Cuba: For Whom the Bell Tolls and The Old Man and the Sea.

Later that day, I recalled having seen that same photograph for the first time hanging on a wall in my father’s study when I was eight. “Dad, who’s that man looking at me?” I asked.

“He’s one of America’s greatest novelists. You’ll get to read his work some day when you are older,” my father answered.

But I wasn’t satisfied. “When can I meet him?”

I bowed my head and walked out of my father’s study, overtaken by grief. I realized I had fallen in love with a dead man. Little did I know that the feeling of falling in love with the impossible was soon to become my only indispensable companion. I’ve always fallen in love with men who’ve been unavailable or emotionally handicapped, which is a form of death in and of itself.

But it wasn’t Hemingway’s love, it was my father’s love that I craved and never fully received. He loved his Castro masters more than he loved us. He consecrated his life to a cause in hopes that we were going to have the best possible life. But the best possible life was not to be found in the confinement of a dilapidated island engulfed by an agonizing ideology. It wasn’t the Castros but my Canadian, German, Italian, and Spanish tricks who were putting bread on the table. My parents swallowed their pride. My sisters were too young to comprehend the brutal reality of the average Cuban. As soon as I graduated from college with a double major in English and Theater Studies in 1990, I found a job as an actor with a well-known theater troupe, and I left Cuba, never to return again. 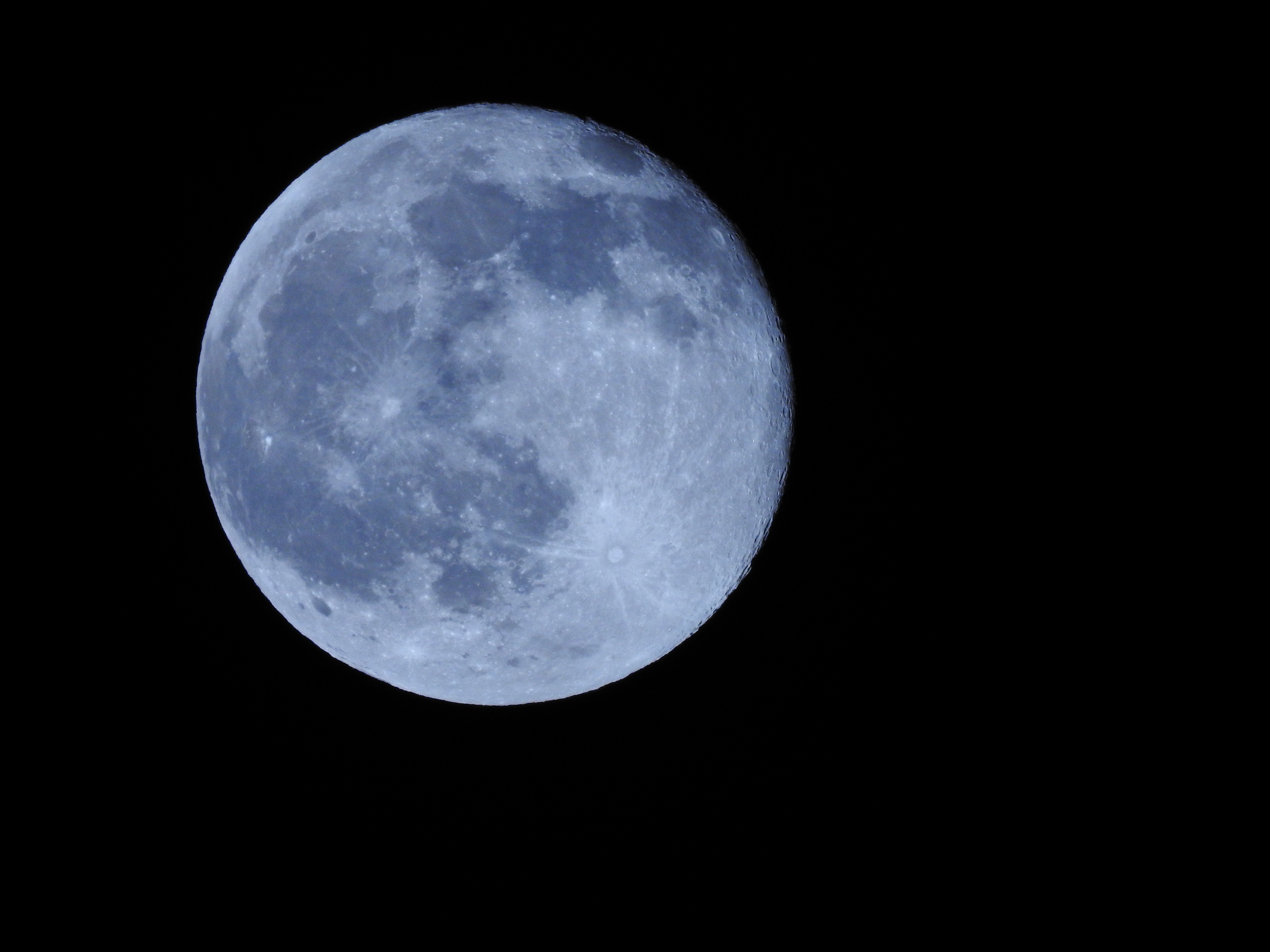 “Once in a Blue Moon” by Orlando Ferrand

Since then, I’ve been chasing sunrises and sunsets, and even the Blue Moon that comes out once in a blue moon, in the intimate geography of the Bronx, on my bike, for 25 years—more than half my life. I’ve come to believe that the best journeys are the ones we make alone, for only when we can listen to the whispering of silence can we truly tap into the pure fabric of life, beyond words, pretenses, expectations, and compromised identities. Our home is not the place where we were born, but the one that gives us a sense of belonging, while allowing us to grow up and conquer our own fear of living. Who needs to go back to Cuba when you can have this sea, all the ice cream you can eat, and all the sex to give and receive as a free act of love and atonement?

This piece is excerpted from the unpublished manuscript The Bicycle Journal of a Cuban Hustler.

Orlando Ferrand is a French-Cuban-American award-winning poet, writer, and multidisciplinary artist. He is a graduate of City College, Columbia University, and Parsons. He received the 2015 Artist in Community Grant from NYSCA/BCA, and the BRIO Award for Excellence in Poetry from the Bronx Council on the Arts in 2014. His memoir, Apologia: Cuban Childhood in My Backpack, received a 5-star rating by Readers’ Favorite in 2012, and was selected as the Book-of-the-Semester by Hostos Community College, CUNY, in the spring of 2012. He is the author of three poetry collections, a memoir, several plays, and has contributed to various anthologies of poetry and creative non-fiction. He teaches creative writing and fine arts at various colleges and universities in New York, and also works as an editor, literary translator, script supervisor, script analyst, and writing coach.