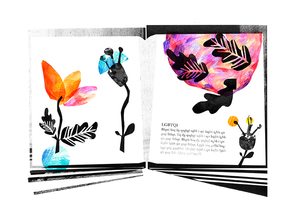 LGBTQI communities across the globe often have their right to free expression and information restricted and denied, purely on the basis of their sexual orientation or gender identity. Same-sex acts are illegal in over eighty countries and punishable by death in over ten. In many countries, there is legislation that criminalizes the open discussion of LGBTQI issues. A recent report by PEN American Center, for example, demonstrates how the Same Sex Marriage Prohibition Act of 2014 has distorted Nigeria’s cultural and political landscape by silencing the country’s LGBTI community through state-sanctioned intimidation and marginalization.

PEN/OutWrite is a new platform developed by PEN International, the UK-based umbrella organization of which PEN American Center is a part, to create a forum for LGBTQI writers from around the world to speak out and share their stories. On PEN/OutWrite, writers who have experienced or witnessed persecution on behalf of their sexual orientation or sexual identity document the challenges facing LGBTQI persons and writers worldwide. The website features articles, essays, fiction, and films by both established and new LGBTQI artists and writers, as well as information and campaign resources about the violence too often used to silence these same voices. Readers can also take an interactive journey highlighting some of the challenges and consequences LGBTQI communities face in exercising their right to free speech.

Currently featured on PEN/OutWrite are essays by Colm Tóibín and the acclaimed Ugandan writer Beatrice Lamwaka. In “Queer Stories,” Lamwaka writes about the immense pressures of self-censorship and its particularities in her native country: “There may be many untold stories in Uganda because many people are afraid to lose their freedom. We live in an oral culture, where stories are passed on from one generation to the other. With word of mouth, one can deny it, but with written and published work the law can catch you.” The site also features fiction by transgender British journalist and writer Juliet Jacques, PEN Kenya Vice President Moraa Gitaa, and Nigerian novelist Jude Dibia.

To submit a piece, please email Sahar Halaimzai at sahar.halaimzai@pen-international.org

– Poetry entries may take the form of individual poems, a sequence, or one long poem of no more than 2,500 words in total;

– Worldwide copyright of each entry remains with the author, but PEN International will have the unrestricted right to publish entries in e-anthologies, in print, on the website, and in any relevant promotional material.