Dispatches from Civitella Ranieri: On the Sixth Day, the Animals. On the Eighth, Jon Kessler’s Curlz. 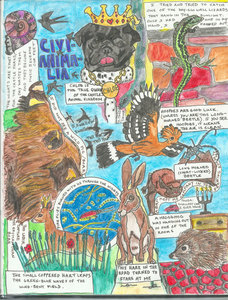 As part of a collaboration between PEN America and the Civitella Ranieri Foundation in Umbria, Italy, every two years PEN will be able to provide a unique, six-week residency to a Professional Member of PEN. A panel of judges awarded the inaugural residency to poet Natalie Diaz, who stayed at Civitella this May.

This is Diaz’s third dispatch from Civitella documenting her stay. Read the first one here and second one here.

A Two-Part Dispatch in Color from Civi Castle

The Civitella Ranieri castle is located in the Umbrian countryside, surrounded by beautiful fields. When I arrived, the fields were blue or green or both, a moving, alive color, like blue-green smoke. By the end of my stay, the fields were reaped, gathered into giant wheels of golded grass that seemed ready to roll down the hills. With those wondrous fields came the marvelous animals. This dispatch from my residency there is a watercolor and ink collage of the animals I saw or heard, or wished or feared to see while I was at Civitella. 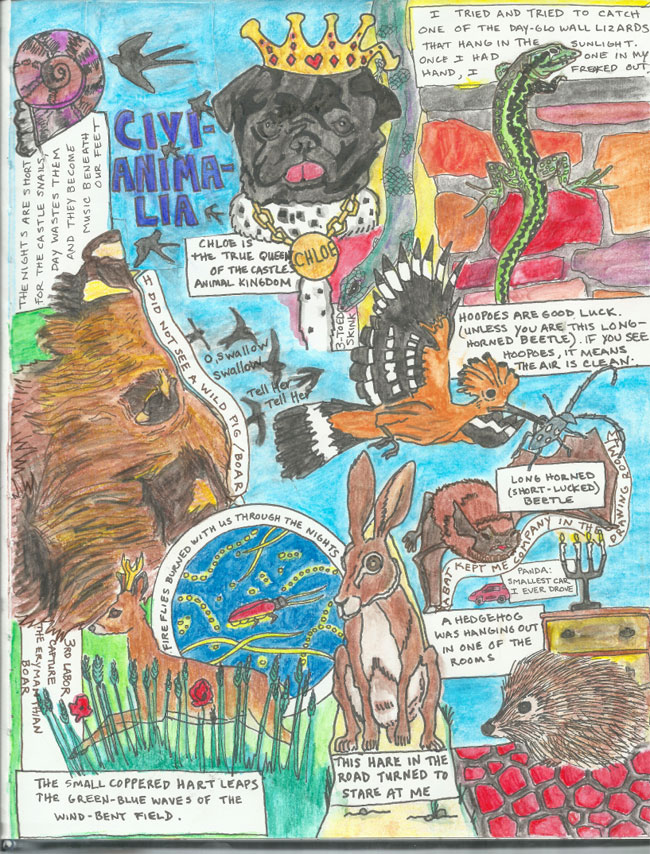 Included with this collage are three photographs: of a fuzzy white moth with something yellow oozing from him; a red-purple Rhino beetle found after an afternoon of rain and spritzes in Montone,  one of my favorite places in Italy; and a wasp nest that I watched being built during my afternoons in the secret garden.

As well, here is a video of the swallows that played outside my window every morning and afternoon. If you look closely at the video, just toward the end, you will see the wildest animal of them all walking just outside of the castle gates, the wildest one which could not be captured anywhere except here, for just this moment—the poet and former poet laureate, Billy Collins, as he left us to return home to the States.

In the Bible, animals were brought forth from the earth on the sixth day. Whoever told the Bible story was apparently sidetracked by the seventh day, because they forgot to tell about the eighth day. On the eighth day, American visual artist and Civitella fellow Jon Kessler’s curlz were brought forth from the earth, and God saw that those curlz were good. Jon was one of the sweetest and most generous artists at Civitella. My concepts and ideas of art, my own art included, expanded after hearing Jon’s presentation and engaging in conversations with him on trips and over meals. I even came home with a Jon Kessler original painting. But by far, one of the most amazing things I saw during my residency was Jon Kessler’s curlz, and I am so happy to share them with you here. 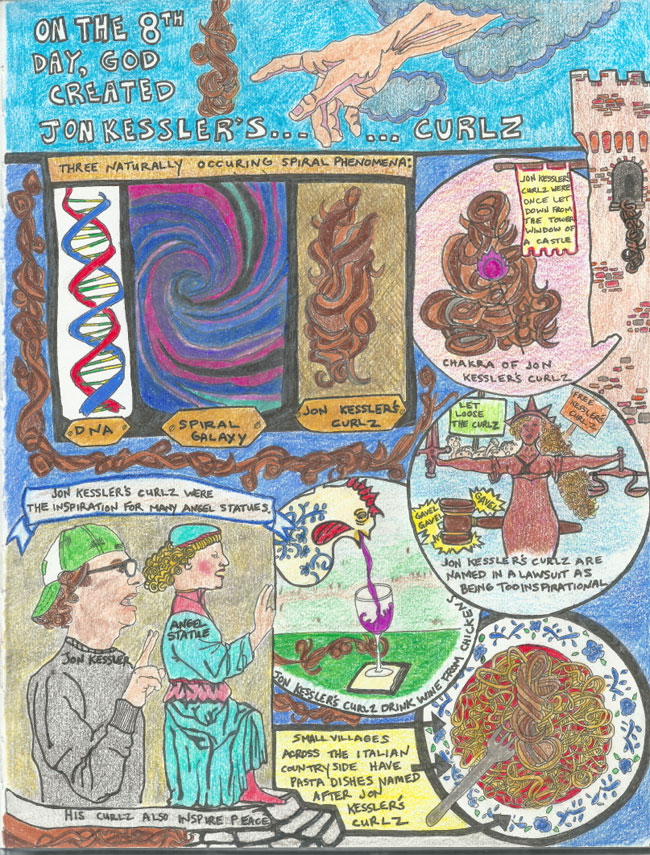