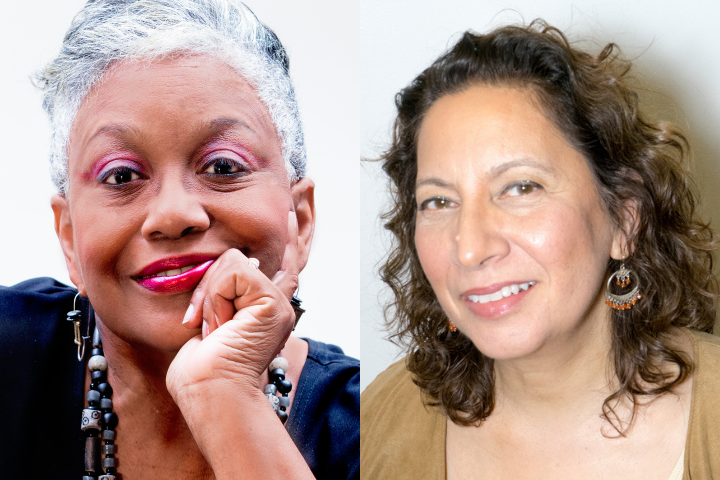 FATIMA SHAIK: What was your intention when putting together the award- winning book We Rise We Resist We Raise Our Voices? 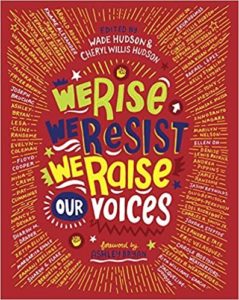 CHERYL WILLIS HUDSON: Wade Hudson, my husband and co-editor of We Rise, We Resist, We Raise Our Voices, was moved by a post written by his niece on Facebook. His niece described how distraught her daughter was after all the flagrant racist, sexist, Islamophobic and anti-immigrant rhetoric and behavior that defined the 2016 presidential campaign. He wondered, “What can you say to children who are so fearful because they are being bombarded with negative memes and tropes and policies which literally challenged their right to just be? So, he came up with an idea of an empowering anthology with stories of hope and inspiration for young people in those character-building years of ages 8-12.

SHAIK: Can you tell me a few of the reasons that the authors in the book decided to cooperate?

“How anyone can take issue with a heart-warming story like My Friend Maya is beyond me. It just underscores how senseless the banning of books is.”
—Cheryl Willis Hudson

SHAIK: Have you received feedback from any of your readers? Have any reader responses especially touched you?

HUDSON: Children as young as 8 years old want to read about how they can change the world. They want to identify with kindness and empathy and respect for their fellow human beings. Some have actually created their own books based on themes in the book.

On the other hand, some parents in Texas and Pennsylvania and other states have responded with requests to censor and ban We Rise, We Resist, We Raise Our Voices. They want it removed from libraries and classroom reading lists because they deem it “divisive,” “discriminatory” or somehow related to Critical Race Theory. 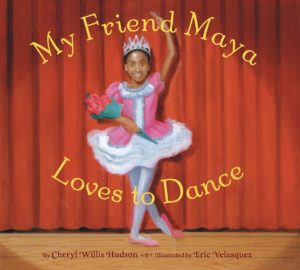 SHAIK: Your book My Friend Maya Loves to Dance is really about a Black girl who loves ballet and other dance activities. How does a writer respond to a challenge against a book like that one—a seemingly innocuous text?

HUDSON: School Library Journal wrote of My Friend Maya Loves to Dance, “A delightful story in which a girl, unseen until the end, tells of her friend Maya’s love of dance. Whether dressed in a leotard and tutu, or a shirt and jeans, or wearing Kente cloth, Maya dances with grace. And a look of pride on her face…Maya even performs at the mall for a small audience that includes the narrator, a girl in a wheelchair. The last, touching page reveals Maya and her friend smiling at readers. A simple, sweet story about music, dance, and friendship.”

This picture book was among the more than 225 titles on a recommended list challenged by the school board in Central York, PA during September 2021. Students raised their voices, protested the action by the board and eventually were successful in reversing the ban. Challenges and book bans, however, are on the rise in the US.

How anyone can take issue with a heart-warming story like My Friend Maya is beyond me. It just underscores how senseless the banning of books is.

Cheryl Willis Hudson is vice president and editorial director of Just Us Books, Inc., an independent publisher of Black-interest books for children and young adults founded with her husband Wade Hudson in 1988. She is the author most recently of Brave. Black. First.: 50+ African American Women Who Changed the World and the classics Bright Eyes, Brown Skin, AFRO-BETS ABC Book, AFRO-BETS 123 Book, Good Morning, Baby and Hands Can.

Fatima Shaik is the co-chair of the Children’s and Young Adult Books committee of PEN whose adult non-fiction Economy Hall: The Hidden History of a Free Black Brotherhood is the Louisiana Endowment for the Humanities Book of the Year.