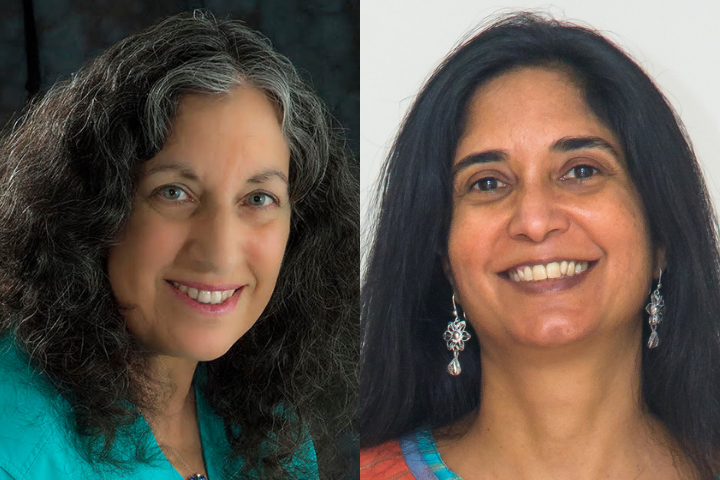 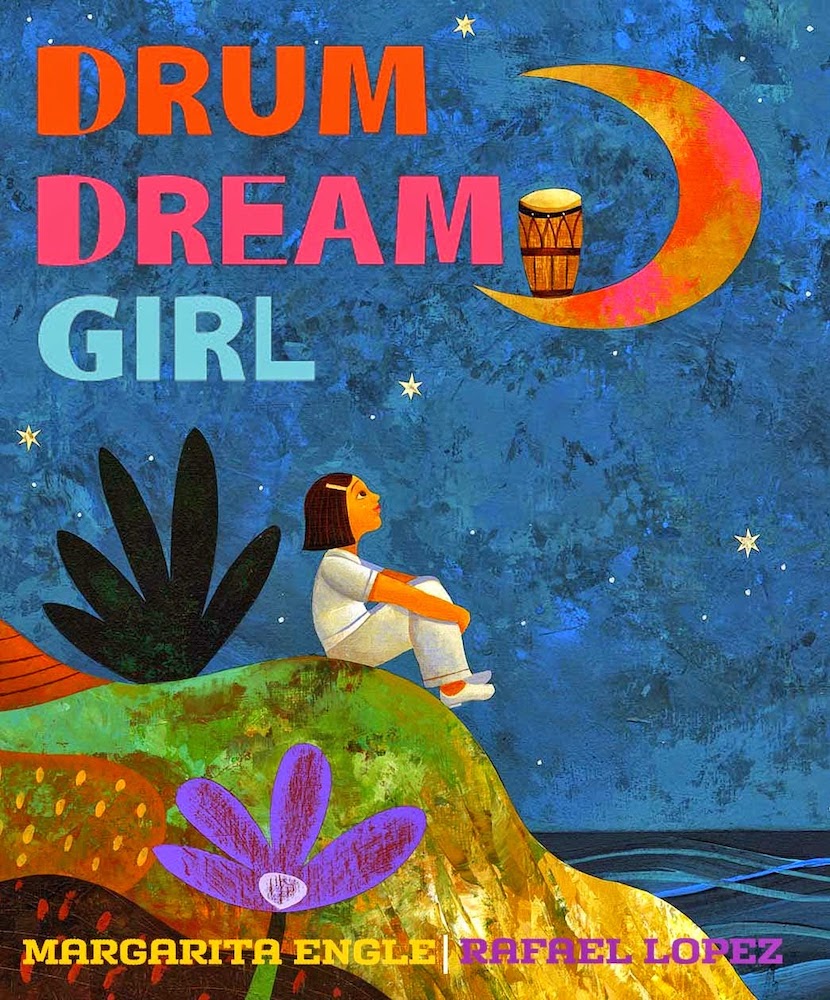 PADMA VENKATRAMAN: Drum Dream Girl is one of my favorite books of yours. It’s one of the last books I expected to see challenged. Any hypotheses as to why this may have occurred?

MARGARITA ENGLE: Thank you! I loved writing Drum Dream Girl, and I love Rafael López’s illustrations. It is a true story about a young girl who wanted to play drums in Cuba during the 1930s, when traditionally they were instruments reserved for men. Drum Dream Girl can be read as a biographical tale, or simply a poem about perseverance. Gender equality with respect to music does not seem like an issue that would upset any parent, teacher, or school district in modern times, so I was shocked when I received notification from York, Pennsylvania students that they had challenged their school district’s list of banned books, temporarily restoring Drum Dream Girl to library shelves. I’m grateful to the students and confused by the adults. What were they thinking? Did they actually read Drum Dream Girl, or did they merely notice that the girl is Chinese-African-Cuban, and feel compelled to ban her story based on race?

VENKATRAMAN: You have written award-winning books in many different genres. Would you speak specifically to the role that picture book biographies can play in a young person’s life?

MARGARITA ENGLE: My first picture book biography was Summer Birds, about one of the earliest female scientists, Maria Sibylla Merian. I wrote it a quarter of a century before it finally found a publisher. Many editors thought she wasn’t famous enough to merit a biography. Reka Simonsen changed that when she accepted the manuscript. Until we write about the people who were left out of history (i.e., women and non-white people), they cannot become famous. Children deserve to read about all sorts of inspiring scientists, artists, and other heroes, besides white men.

“I knew that poetry could help me feel empathy and compassion as well as joy. I hoped that would be true for young readers and writers too. I began to think of words as bridges across all the walls between neighbors, including the horrifying border wall between neighboring nations.”
—Margarita Engle

VENKATRAMAN: Poetry is your medium of choice, if I may call it that? You are a Young People’s Poet Emeritus. Would you speak to the power of poetry—the reason, perhaps, that fascist regimes so often put poets behind bars?

ENGLE: I was the Young People’s Poet Laureate from 2017–19. It was a challenging time, but I was determined to write about peace, speak about peace, and somehow—despite all the turmoil—find my own peace of mind. I knew that poetry could help me feel empathy and compassion as well as joy. I hoped that would be true for young readers and writers too. I began to think of words as bridges across all the walls between neighbors, including the horrifying border wall between neighboring nations. It’s interesting that you mention the way authoritarian regimes consistently persecute, censor, arrest, and even torture or execute poets, artists, and musicians. This is true for both left- and right-wing dictatorships. The same tactics are used. The same goal—controlling language, information, and thought—is attained, although temporarily, because sooner or later people always find ways to express ourselves freely.

VENKATRAMAN: Do you have any hopes or ideas on ways to help raise awareness about book banning and the need for BIPOC authors and diverse books?

ENGLE: I don’t think the general public listens when writers defend our own work. However, they do listen to celebrities, so I hope Hollywood steps up to speak out about censorship. It’s just a matter of time until extremists shift from attacking children’s books to silencing journalists, actors, singers, and eventually, private conversations.

Margarita Engle was born in Los Angeles, CA. She is the Cuban-American author of many verse novels, memoirs, and picture books including The Surrender Tree, Enchanted Air, Drum Dream Girl, and Dancing Hands. Her awards include a Newbery Honor, Pura Belpré Award, Golden Kite Award, Walter Award, Jane Addams Children’s Book Award, PEN Center USA Award in Children’s/Young Adult Literature, and NSK Neustadt Prize for Children’s Literature, among others. Engle served as the national 2017-2019 Young People’s Poet Laureate. Her most recent books are Your Heart, My Sky, A Song of Frutas, and Light for All. Rima’s Rebellion is forthcoming in February 2022. Most of her newer books are available in Spanish editions.

Dr. Padma Venkatraman is the author of Born Behind Bars, named a best book for 2021 by The Boston Globe, School Library Journal, and Kirkus Reviews, and a Parents Magazine book club pick. The Bridge Home was a winner of the Walter Award, SCBWI Golden Kite Award, South Asia Book Award, and more. It has been translated into Farsi, Vietnamese, Korean, Romanian, Japanese, and French.

Can the Written Word Make a Difference, as Global Threats Mount?

Maykel Osorbo has been a frequent target of the Cuban regime for his outspoken critiques of the government. He has been detained since May 18, 2021 for “resistance” for his co-writing of the rap song “Patria y Vida.” Learn more: https://bit.ly/3rKBhUj.

NEW: "No student ought to be intimidated or punished by school authorities for their political speech." Read our statement in response to Flagler Palm Coast High School's decision to impose disciplinary action against @Jack_Petocz. https://pen.org/press-release/disciplinary-action-against-florida-student-jack-petocz-for-dont-say-gay-protests-called-unconscionable/