Ban, Restriction, Whatever!: On Ted Dawe’s Into the River 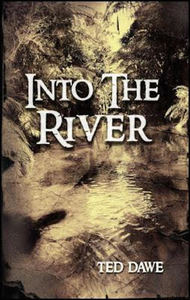 What’s going on in New Zealand? At a time when we are deliberating the possibility of choosing a new flag (can you distinguish the NZ flag from our Aussie neighbour’s?) and our fingers are crossed for our national team, the All Blacks, to retain the Rugby World Cup title, the literature community and talkback radio are abuzz over the interim ban on Ted Dawe’s young adult novel Into the River.

New Zealand has a small publishing output with approximately 150 trade titles published each year, and of these perhaps 20 are young adult titles.

Although media is trumpeting it as a “book banned,” the book has not been “banned” per se, but an interim restriction order has been placed on it by the President of the Film and Literature Board of Review, which is unprecedented in New Zealand. By this order the book cannot be sold, distributed, or exhibited within New Zealand until the board meets in early October to further consider the title. This is in response to a lobby group appealing the lifting of a previous successful restriction of R14, which made it illegal to supply the book to any person under the age of 14.

Ted Dawe, an English teacher predominantly working in schools with students from disadvantaged backgrounds for almost 40 years, wrote his first young adult novel, Thunder Road, in response to the lack of material that portrayed the lives and cultures of these boys, mainly, though not exclusively, from indigenous Māori and Pasifika (Pacific Islander) families.

Into The River is the story of Te Arepa Santos, a bright young Māori boy sent to a boarding school in the city. It’s a far cry from the small rural community where everyone knows each other intimately (too intimately at times). As he settles into school, Te Arepa must quickly learn the unwritten laws of the bullying hierarchy which at times is brutal. He is stripped of the spiritual identity of his Maori name and takes on the new identity of Devon—or on occasion, Nig. Devon is a loyal, hard-working kid, but he’s guided by a manipulative roommate who rules his own particular world of drugs and questionable friendships. Soon Devon finds that he’s just as out of place back home as he is at school, where he feels the allure of problematic sexual relationships.

When the results of the New Zealand Post 2013 Children’s and Young Adult’s Book Awards were announced, voices of disapproval were amongst the congratulations. It was Groundhog Day for me, as I had been one of the judges for the 1998 New Zealand Post Children’s Book Awards when we awarded Paula Boock’s novel of a tentative relationship between two girls, Dare, Truth or Promise, the New Zealand Post Young Adult Award and the overall New Zealand Post Book of the Year. I arrived home to a barrage of calls from radio stations, and heard myself described as immoral and depraved on talkback radio the following day by a host who had not read the book, nor any of the finalist titles. Apparently young adults should only read “‘uplifting’” titles. (That time the furor was driven by the leader of religious parliamentary party who was eventually jailed for his predatory behaviour on young girls.)

Our public libraries had been in a difficult situation with the R14 restriction, which necessitated Into the River being held as a desk copy. This is very much against their commitment to freedom of access to information, but they must also comply with the Films, Videos and Publications Act 1993. This is the first time that a children’s or young adult title has been challenged in such a manner.

The situation too has been escalated via social media and the ability of a well-organized lobby group, enabling decisions to be overturned by an independent board headed by a President with a strong personal agenda.

Chief Judge Bernard Beckett, the internationally renowned author of the YA novel Genesis and a seasoned English teacher working with secondary students, has voiced his concerns for disengaged readers who need to see their lives affirmed. These are often kids in unenviable situations who are at the threshold of choices that affect their futures.

Books such as Into the River enable readers to lead vicarious lives; I suspect that there will be a percentage in seemingly comfortable conditions meeting circumstances that are all too familiar. Better they mull over what their choices would be and hopefully get the chance to talk them through with mates or concerned adults who have read a wide array of young adult literature, and not just a selection of quoted paragraphs pulled out of context.

As a Young Adult Librarian booktalking several (well, many) years ago to Year 9 and 10 classes (13- and 14-year-olds) in blue-collar West Auckland, I would look at the books I had on hand, despairing that I had little that affirmed the lives of the majority of the kids in front of me. I feel strongly that books like Into the River should be widely available.

Our New Zealand kids read the world, have ready access to books from Australia, UK, and USA, but also need the books that reflect their lives, uncomfortable as that may be at times.

We may deplore that we have been an international focus, but there is also a benefit in the robust discussion that has ensued.

For more information on the case, click here and here.

[i] Mangakino, a small rural town (population approx. 1000) on the shores of Lake Maraetai, in the Taupo district of the North Island, was originally built to house workers constructing the power stations on the Waikato River, and is now a centre for mountain biking and rod fishing.

July 2013: Family First, a Christian-based lobby group advocating for “strong families and safe communities” objects to the content and applies to the New Zealand Department of Internal Affairs (DIA) for Into the River to have a restricted readership of R18 and shrink wrap applied to “minimise the harm of this book to young readers.” The request is then passed on by DIA to its Office of Film and Literature Classification.

11 September 2013: The Office of Film and Literature Classification, headed by the Chief Censor, issues an M (unrestricted) rating for the book with the note “contains sex scenes, offensive language and drug scenes.”

Family First then appeals to the Film and Literature Board of Review (independent from the Office of Film and Classification) to have the M classification reconsidered.

17 December 2013: This Board, in a majority decision, reclassifies the book as R14. Dr. Don Mathieson QC, President of the Film and Literature Board of Review, publishes his dissenting statement that calls for the more stringent R18 classification and shrink wrap.

January 2014: Libraries are notified of the R14 restriction in the Office of Film and Literature Newsletter, Information for Libraries, with the recommendation: “an age–restriction on a book means that if it’s stored on open shelves, there would be no way to ensure an underage person did not have access to it. Instead, you might consider keeping the book behind the counter or in the stacks.”

March 2015: Following a discussion with Ted Dawe in response to a display of banned books, Auckland Libraries makes a submission to the Office of Film and Literature Classification for the reconsideration of the R14 restriction of Into the River. This is the first time ever that this office has been approached to review a decision by the Film and Literature Review Board.

14 August 2015: The Office of Film and Literature Classification inform Auckland Council of their decision. Upon re-examination of the book, they now classify the publication as unrestricted, stating “in this instance the suitability of the publication for young persons can best be determined by libraries, schools, and parents.”

3 September 2015: In response to this, Dr. Mathieson QC issues the Interim Restriction Order.

Frances Plumpton is a founding member, now Trustee, of Storylines Children’s Literature Charitable Trust of New Zealand. She has been on judging panels for the NZ Government, AIM, New Zealand Post and Library and Information Association Aoteaora (LIANZA) children’s book awards. After a long career as children’s and young adult librarian, she established Frances Plumpton Literary Agency in 2012, with clients including Joy Cowley, Brian Falkner, and Sally Sutton. Frances is the Chair of IBBY NZ and a member of the 2016 IBBY Congress Organising Committee.