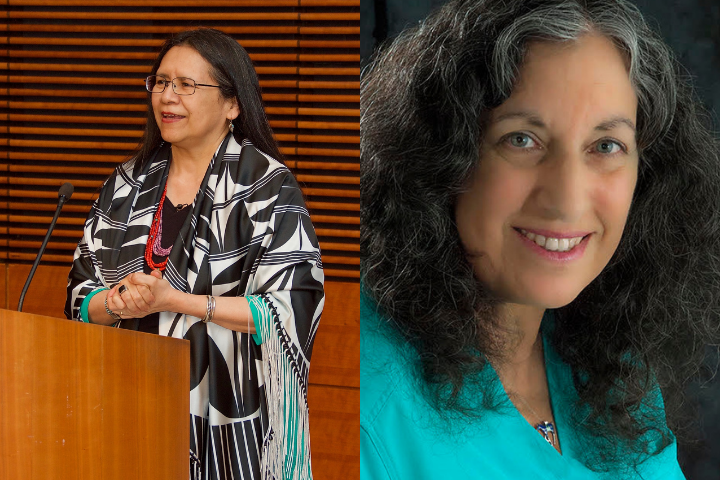 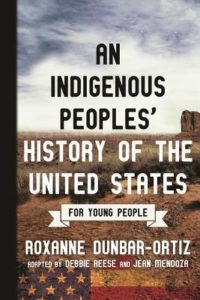 MARGARITA ENGLE: Were you surprised when school districts challenged your book, or did you expect it?

DEBBIE REESE: An Indigenous People’s History of the United States is one of the Native-authored books on Texas State Representative Matt Krause’s list of 850 books related to House Bill 3979 seeking to remove them from school districts. (note: I am tribally enrolled at Nambé Owingeh, a sovereign Native Nation in the southwest. Roxanne Dunbar-Ortiz and Jean Mendoza are not Native). We are not surprised it is on Krause’s list, but we have not seen evidence that it has been read by those who are showing up at school board meetings to read aloud from books they want removed from libraries or classrooms. In some documents, I see sentences like “The government broke its treaties with the Indians” put forth as evidence that a book is anti-American. We say things like that, and we ask readers to consider why Native people don’t think warmly towards people like George Washington. The Seneca, for example, called him Conotocarious (in English it means Town Destroyer). We bring forth truths about him, Thomas Jefferson, Alexander Hamilton, and Abraham Lincoln.

ENGLE: You and your co-authors have worked so hard to correct inaccuracies in the historical narratives about Native Americans, both as individuals and as Nations. What are your hopes for the role of this book in young readers’ lives?

REESE: We believe our book can help others know that Native peoples are still here, and that tribal nations pre-date the United States. I think a lot of U.S. citizens can say the word “treaty” but not realize its significance. The truth is that Europeans who invaded our homelands knew that our nations had leaders with whom they had to negotiate. The outcome of that diplomacy was treaties that impact everyone’s lives, today. For example, Native Nations impacted by pipelines use those treaties to fight oil companies.

We also hope that our book can help people change what they say and do. So often, I see us referred to as “the First Americans.” We weren’t “the First Americans” and use of that kind of phrase erases our pre-U.S. existence. There are other examples. We have unique histories, songs, stories, and languages but far too many people refer to us in biased and inaccurate ways. An example: a crossword puzzle’s clue that asks for “the Native American word for baby,” demonstrates a lack of knowledge. There are hundreds of Native languages and we all have unique words for baby.

“We have unique histories, songs, stories, and languages but far too many people refer to us in biased and inaccurate ways.”
—Debbie Reese

ENGLE: What practical steps can writers, teachers, librarians, and parents take to protect children from efforts to ban accurate nonfiction history books that are so desperately needed?

REESE: On social media, I see campaigns that ask people to buy copies of a book that is being banned. With capitalism and book sales driving so much of what gets published, it is important to let publishers know that these books matter. Buying a book is easy for those of us with means. Some seek to protect their children from truths of what human beings are capable of doing. In the past, and in the present, people do horrific things to each other. More than ever before, those truths are being shown to us. Instead of using the information to do better, far too many people are denying the truths. That does not bode well, for any of us.

Margarita Engle was born in Los Angeles, CA. She is the Cuban-American author of many verse novels, memoirs, and picture books including The Surrender Tree, Enchanted Air, Drum Dream Girl, and Dancing Hands. Her awards include a Newbery Honor, Pura Belpré Award, Golden Kite Award, Walter Award, Jane Addams Children’s Book Award, PEN Center USA Award in Children’s/Young Adult Literature, and NSK Neustadt Prize for Children’s Literature, among others. Engle served as the national 2017-2019 Young People’s Poet Laureate. Her most recent books are Your Heart, My Sky, A Song of Frutas, and Light for All. Rima’s Rebellion is forthcoming in February 2022. Most of her newer books are available in Spanish editions.

Debbie Reese holds a PhD in Education from the University of Illinois, Urbana-Champaign. Her research and writings are used in Education, English, and Library Science courses in the US and Canada. She is tribally enrolled at Nambé Owingeh, a sovereign Native Nation.