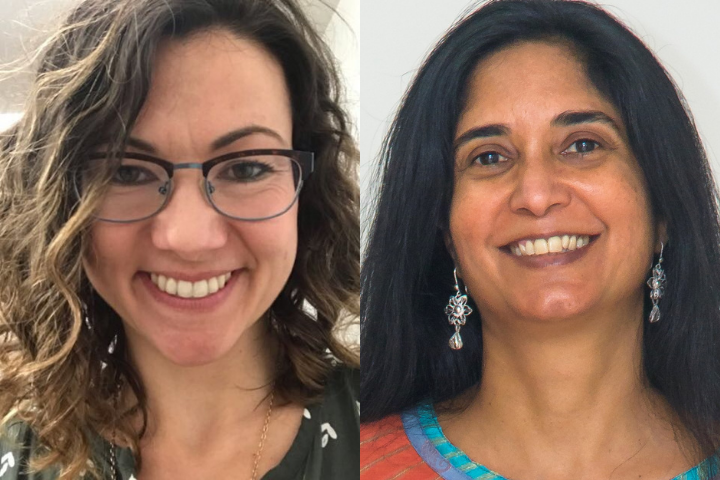 PEN America’s Children’s and Young Adult Books Committee (CYAB), a Members’ coalition of award-winning writers and illustrators and dedicated readers who meet monthly, is responding to recent efforts to ban books and intimidate teachers and librarians with a new conversation series called PEN Pals. This series of articles gives voice to the challenged creators of books for children and young adults through an exchange of nuanced conversations that illuminate today’s issues. We welcome you to read and discuss the content with your networks. We also encourage you to join PEN America and support free expression.
—Fatima Shaik, CYAB co-chair 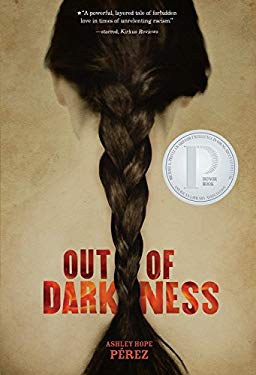 PADMA VENKATRAMAN: I remember reading in 2015, when it was published, to great acclaim. But there’s been a recent escalation of challenges to your work.

ASHLEY HOPE PÉREZ: I do miss the days when Out of Darkness was an uncontroversial award-winning historical novel, happily sitting on school library shelves waiting for ambitious teen readers.

The fact is, Out of Darkness wasn’t challenged a single time until 2021, but since the spring of last year those challenges have multiplied, beginning in Texas but spreading all over. . . Virginia, Kansas, Missouri, Utah, Ohio. . . I’m sure there are many places I don’t know about, and likely more challenges to come.

VENKATRAMAN: Why do you think your novel was received so differently in 2015?

PÉREZ: Back then, a national conversation about racism and racialized violence was finally taking hold. Now, though, there is a vocal minority of the U.S. population that wants to shut down—and literally outlaw—discussion of racism as a historical and current reality. And books that represent diverse characters and their experiences have become targets in a proxy war. It’s not about the books; it’s about power: the power to tell stories and the power to silence them.

“There is a vocal minority of the U.S. population that wants to shut down—and literally outlaw—discussion of racism as a historical and current reality. And books that represent diverse characters and their experiences have become targets in a proxy war. It’s not about the books; it’s about power: the power to tell stories and the power to silence them.”
—Ashley Hope Pére
z

VENKATRAMAN: What, specifically, seems to be the objection to Out of Darkness?

PÉREZ: The surface objection is “sexually explicit content,” but as librarian Sara Stevenson has noted, that’s a dog whistle. The attacks on books in schools are almost exclusively on works of literature that feature non-white, non-dominant characters. Literature is about human experiences, which include sexuality—that’s true for everything from Shakespeare to Chaucer to Fitzgerald to Toni Morrison. But these folks want to create the impression that the “ugly bits” only exist in works by or about LGBTQ or BIPOC people. It’s a patent distortion.

PÉREZ: Based on what I’ve observed, the most important thing they can do is follow their existing policy for parent complaints or content review. In most cases, school districts have a good mechanism in place—often one that requires challengers to engage with the whole book, not just select passages, before filing a complaint. That’s enough to short-circuit many challenges, and I do not think parents should be given the power to challenge a text that they are not willing to take the time to read. And school boards certainly should not grant parents who haven’t read a book the right to deny everyone else’s kids access to it. But that’s precisely what happens when school boards immediately remove books after dramatic public complaints from parents like the one in Lake Travis that went viral. My response is here.

VENKATRAMAN: Why do you think it’s important for young people to read historical fiction?

PÉREZ: I think books like Out of Darkness offer a historical perspective on our current moment, which is still very much affected by racism. But much of what the novel does is more personal. It asks readers to think about who is at the center of stories. It asks readers to feel, in their bodies, what it is like to be vulnerable to harm because of gender, ethnicity, or perceived race. And it invites readers to celebrate how the characters cultivate for themselves the dignity, joy, and respect that the world denies them.

Former PEN America president @SalmanRushdie is coming out with a new novel titled VICTORY CITY - his first since QUICHOTTE in 2019: https://lithub.com/salman-rushdie-has-written-an-epic-fantasy-novel/

Bots appeared to target not just the most prominent feminist accounts, but also users with smaller followings who had engaged with Iranian feminists’ content by liking, posting, or sharing it. https://www.codastory.com/newsletters/iran-activists-instagram-protests/

What if disaster response started with your neighborhood farmer's market? We heard some powerful ideas from LFT this week. Thanks to @southerlymag and @PENamerica for helping us listen for community-led solutions.