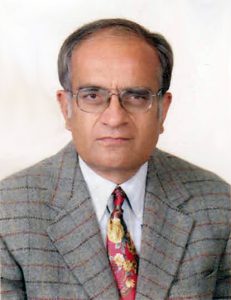 In this series, PEN America interviews the leaders of different PEN centers from the global network to offer a window into the literary accomplishments and free expression challenges of their respective countries. This month, we spoke with Prakash A. Raj, secretary of PEN Nepal.

We have been holding a book launching program of members (who have written in English and Nepali languages). We undertook two projects under a grant provided by SIDA [Swedish International Development Cooperation Agency] in the past four years. It consisted of two components. We surveyed the reading habits of young adults in 10 schools of our town situated next to Kathmandu. We donated books and bookcases to 10 schools and members of the Nepalese PEN and held a workshop in which 18 authors wrote essays and short stories which were published by PEN Nepal. The final reports were submitted both to PEN Center USA and PEN International. 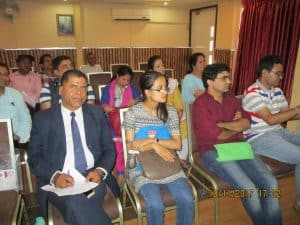 We have also organized two seminars entitled “Digital Freedom of Expression” and “Artistic Freedom of Expression,” which were funded by UNESCO Nepal and were published. The key free expression challenges faced by PEN Nepal are limited sources of income for an organization like PEN, physical dangers faced by writers, and impunity faced by those who are engaged in violence against journalists. We are thinking of holding a seminar on copyright.

The beginning of our literary tradition consisted of religious and devotional aspects until the mid-1930s, when modern writing of novels and short stories started. Nepalese writing that encompasses psychological and psychoanalytic aspects in short stories and novels is a more recent phenomenon. We have also collaborated with Korean PEN, organizing classes for teaching SHIZO writing to Nepalese writers.

Psychoanalytic aspects of literature in some writers.

One of the best-known writers in Nepal was Laxmi Prasad Devkota (1909–1959), who could have received the Nobel Prize had he been presented to the Swedish Academy. He could also write in English but not all of his works were translated. There are also a couple of writers living in the United States who have found American publishers for their short stories and are now doing quite well in the American market.