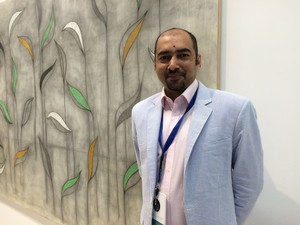 The PEN World series showcase the important work of the more than 140 centers that form PEN International. Each PEN center sets its own priorities, but they are united by their commitment to advocate for imperiled writers, promote literature from all cultures and in all languages, and advance the right of every individual to speak freely.
In this series, PEN America interviews the leaders of different PEN centers from the global network to offer a window into the literary accomplishments and free expression challenges of their respective countries. This month, we feature PEN Bangladesh. In the past few year, there has been a serious deterioration in the climate for free expression in Bangladesh, including increasing number of bloggers murdered by Islamist extremists. We spoke with PEN Bangladesh Board Member, renowned writer and columnist Dr. Kazi Anis Ahmed.

PEN Bangladesh is most concerned right now with the safety of writers, bloggers, and publishers. We are planning to start a program on civil society engagement with the help of PEN International to bring security training to affected persons, and also to provide all manners of support to those needing temporary shelter or help with visa for travel. We also hope to start sensitizing relevant authorities, and eventually other stakeholders in society—say, teachers and students, even religious scholars and leaders—so that there is an increased awareness about the issue of free speech and so that the boundaries of what is deemed tolerable is increasingly expanded.

The biggest challenge is, of course, from religious extremists, and ensuring safety for those under imminent or heightened threat. PEN Bangladesh has worked with embassies and increasingly with PEN counterparts to facilitate verifications and safe passage. While extremists pose the gravest danger to writers and bloggers, the broader environment for free speech is, lately, also corroded by new laws, such as the so-called ICT (Information and Communication Technologies) law, which includes draconian clauses impacting the digital space. So, we need the government’s support for the safety of persons but also, hopefully, the government itself to review and revise certain laws.

South Asia is one of the rich language areas of the world. It not only enjoys the existence of thousands of languages and dialects, but also dozens of languages with strong and extensive written traditions—ancient and modern. Bangla, the dominant language in Bangladesh, enjoys a special prestige and affection, too, as it’s a rare country whose very independence was triggered by a movement for language rights.

Modern Bangla is very rich in all branches of literature—poetry, drama, fiction, non-fiction. And we are excited to see new voices emerging, and more women’s voices. But, also many interesting new arenas, including an increasing Bengali diaspora in many corners of the world.

There are many! Among Bangla writers, in fiction, Ahmed Mostofa Kamal, Wasi Ahmed, and Rashida Sultana. In poetry, Shamim Reza, Ahsan (English), and Sadaf Saaz (English). I’d be happy to introduce any of them.