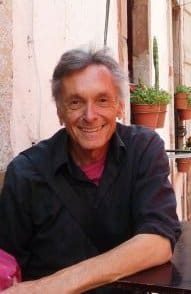 In this series, PEN America interviews the leaders of different PEN centers from the global network to offer a window into the literary accomplishments and free expression challenges of their respective countries. This month we spoke with Tony Cohan, chair of PEN San Miguel’s Freedom to Write Committee.

Personally, I have been finishing a novel, my tenth book. I turned in the final draft a few weeks ago.

The Writers in Prison Committee, which I am the chair of, has been working on Rapid Actions. The committee responds to the challenges and issues elaborated by PEN International. A particular case we’ve been working on is that of a journalist from Acapulco who was threatened with death. He crossed the border into the United States to try and seek asylum, assuming he would be treated decently. Instead he was chained, imprisoned, and put in a camp with rats and roaches. It was the most horrible experience for him. As a Mexican branch with roots in the United States, we tried to advocate on his behalf and to speak to human rights groups and political authorities. The decision was made that he should be returned to Mexico. Just last week he came back to Mexico, but where can he go?

The big problem in Mexico is corruption and the lack of accountability. The criminal gangs and corrupted government forces and the military do whatever they wish. They are seldom brought to trial or put in jail or otherwise not held accountable for their actions. This makes it a very dangerous landscape to write in, especially if you are a journalist. It also forces people to be careful about what they say and who might be listening. The level of killings is rising. There is self-censorship. It is hard to measure self-censorship, but when you open a newspaper, the articles often concern trivial things because it’s the only thing the journalists dare to write about. It is a terrible, vicious circle. Smart and talented young Mexican writers think about leaving for the United States or Europe because they don’t feel safe.

The literary tradition in the country begins with the pre-colonial peoples, the Popol Vuh and Mayan texts. Then the Spanish came and they brought a literature with them, and we had large figures like the nun Juana Inés de la Cruz, a brilliant poet. In the last century, there were a number of large literary figures, such as Octavio Paz and Gabriel García Márquez, who lived in Mexico City for much of his adult life. There was also a strong line of foreign writers who wrote on Mexico: Graham Greene, Malcolm Lowry. Today, a number of foreign writers continue to live and work in San Miguel, such as the Mexican-American novelist Sandra Cisneros. The San Miguel branch of PEN has hundreds of members and now hosts a large literary festival where writers come to read and teach.

Can you update us on something new in the literary world of your region today?

The threats to freedom of expression have affected the literary world too. There’s a kind of new literature in Mexico, a narco literature. It’s about the drug wars, the gangs, and the cartels, and some of the really good work, both nonfiction and fiction, is set in this world. But it has eclipsed other books that describe other realities in Mexico.

One of the most interesting young Mexican writers presently lives in Brooklyn. Her name is Valeria Luiselli and she is brilliant. She writes both fiction and nonfiction. She’s married to another fine Mexican writer named Àlvaro Enrique. They write in Spanish but they function equally in English. There are a number of interesting fiction writers based in Mexico City. Guadalupe Nettel and Yuri Herrera are both exceptional and worth reading, and both have been translated into English.