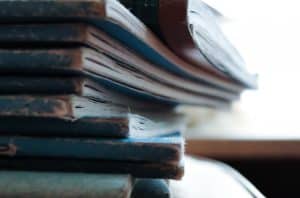 Every year, hundreds of imprisoned writers from around the country submit poetry, fiction, nonfiction, and dramatic works to PEN America’s Prison Writing Contest, one of the few outlets of free expression for the country’s incarcerated population. Manuscripts come to the Prison Writing Program in a variety of forms: Some are handwritten, some are typed, some are written in the margins of legal documents. Prizes of $250, $150, $100, $50, and $25 are awarded for first, second, third place, the Dawson Prize, and honorable mentions, respectively, in each of the following categories. Read our winning manuscripts by clicking on each title below!

Elizabeth Hawes, “The Glitter Squirrel in Me”

Gary K. Farlow, “Fragment of a Dream: a prison passage“

Burl N. Corbett, “The Named and the Nameless”

Danner Darcleight, “Albert and Me”

Mark Altenhofen, “On a Railroad”

Esau A. Strawberry, “The Golden Veneer”