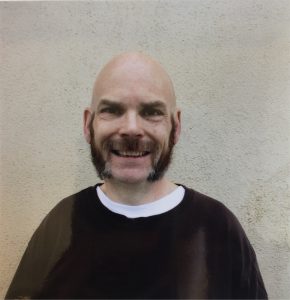 Gordon Bowers is a 54-year-old geologist from Canada. He has worked in the oil and gas, environmental, and government sectors for 30bowers years and has lived in the United States since 2000. Aside from his technical writing, until now his only published material was a weekly rant in a college newsletter.

Mr. Bowers began writing in high school, keeping a notebook for story and scene ideas, and finally drawers full of unfinished short stories and first chapters. He began to take the possibility of writing seriously two years ago, finally educating himself about the craft and pushing through the difficult bits to finish projects he started.

“Somewhere, Kansas” is one of the nascent story ideas that would not go away quietly, and somehow became a screenplay instead of the novel it was intended to be. Currently, in between assorted short stories and a children’s book for his daughters, Mr. Bowers is working on an old school sci-fi yarn inspired by his early influences: Heinlein, Asimov, and Niven.