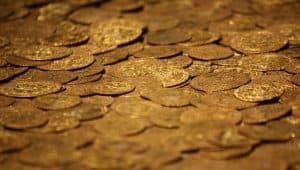 Marcos Celis was awarded an Honorable Mention in Fiction in the 2018 Prison Writing Contest.

Every year, hundreds of imprisoned people from around the country submit poetry, fiction, nonfiction, and dramatic works to PEN America’s Prison Writing Contest, one of the few outlets of free expression for the country’s incarcerated population. On September 13, PEN America will celebrate the winners of this year’s contest with a live reading at the Brooklyn Book Festival, Break Out: Voices from the Inside.

While the adults all sat around the dining room table, drinking coffee and making plans, all of the children sat on the front porch, listening to the oldest child, Whitney, tell a story.

My best friend, Wesley, had been left homeless after a tornado struck and left a path of destruction on the outskirts of town; mostly just power lines, trees, tractors, and barbed wire fences, until the tornado made a slight turn that put Wesley’s trailer and an abandoned hog farm directly in its path.

Wesley and I sat in back of the group of children, with our backs on the porch railing, solemnly looking out at the sky, filling, once again, with dark ominous clouds. Suddenly, Whitney stopped talking, and, when we turned to see why, we found her penetrating glare being aimed at us both. We immediately gave Whitney our undivided attention.

I did not pay attention to the beginning, so I only caught the end of the story. But according to Whitney, when it rained, it was because God was crying out of frustration because he had so many prayers to answer from around the world. His tears would then form little ponds; throwing his coins into the pond and wishing for an answer to someone’s prayer; which explains the constant splashes on the surface of all the little wishing ponds.

One little boy, sitting in the front row of children on the porch, was brave enough to challenge Whitney’s story, by stating that if her story were indeed true, there would be coins all over the place. Whitney gave the little boy a solid whack to the side of the head and told him to stop interrupting her, seeing how she had not even finished her story yet. After a long moment of contemplation, Whitney went on to say that the coins, being from God’s pocket, would disappear once they sank to the bottom of the ponds.

I breathed a sigh of relief as Whitney’s parents, along with the rest of our guests, came out of the house, gathering up their children to leave. Wesley’s family stayed with us, since they had nowhere to go.

Wesley and I could not go to sleep that night, and, as we lay in the dark talking, the conversation turned to Whitney’s story. Wesley asked if I thought it was true. I told him to just forget that story, because Whitney was dumber than a box of rocks. He agreed that Whitney was indeed dumber than a box of rocks. But the seed was planted and we began to ponder Whitney’s story. Eventually, Wesley and I decided that if we could get all of those coins before they sank to the bottom, we could buy Wesley a new house.

Wesley and I put a plan together that would allow us to catch all of God’s coins before they could sink to the bottom of the wishing pond. One day, as it rained, Wesley and I watched from the front porch, as a pond quickly formed in a pot hole in the middle of the road. As the rain began to pour even harder, Wesley and I were convinced that coins were indeed splashing into the pond, along with every other pond up and down the road.

The man on Papa’s radio said that it might rain all week long. So, Wesley and I lay an old sweater in the pot hole, in hopes of catching us some coins. When the rain stopped, we went to check our trap and found nothing but a drenched sweater with a bunch of mud on the underside.

We were extra nice to Whitney that Sunday at church, in hopes that we would be able to get just a few more details about her story. She told us that we would not be able to catch all of God’s coins, because nearly all of God’s wishes come true; which also makes the coins disappear, but because our prayers are the reason God makes wishes in the first place, if God is not going to grant your prayer, you will only catch that one coin.

Wesley and I discussed our situation at great length. Our only solution seemed to pray for something. If our prayer was not answered, we could possibly catch one of God’s coins, and then we would go from there.

One night we both knelt beside the bed and bowed our heads in prayer. Wesley stayed that way for a few long minutes, while I was up on my feet after less than 10 seconds. While the skies stayed cloudy after that night, the rain had let up and we had sunny days for a few more days, until one afternoon we were playing in the front yard and Momma told us that a storm was coming. Wesley and I quickly threw the old sweater into our pothole. Sure enough the storm came, filling our pothole as we both watched, with anticipation, through the window.

We fell asleep, listening to the pitter patter of rain falling on the windows and roof of the house and awoke to silence, except for our rooster’s crow. We quickly ran outside to our pothole, only to find, once again, nothing but a drenched sweater with mud on the underside. Wesley turned back toward the house and said he had faith that our prayers were going to be answered, and that was the reason why we had caught no coins.

As Wesley continued on his way into the house, I wrung the water out of the old sweater and hung it on the fence post to dry. I was in deep thought walking up the path to the porch when a small bed of water in the yard caught my eye. I walked toward it and stopped short when I noticed a single shiny dime lying in the wet grass right next to it. I picked the dime up and examined it, noticing the year stamped onto it was 1951, the year of my birth. I stuck the dime in my pocket and forgot about it.

Over the next few weeks, the church raised more and more money for Wesley’s family. Then one day a rich cattleman from the neighboring county made a generous donation to Wesley’s family that turned out to be more than enough for a new house.

On Wesley’s last night at my house, he asked me what I prayed for the night we both prayed. I told him I prayed that God would let me live the rest of my life without having to deal with Whitney. I asked Wesley what he prayed for. He told me he had prayed for both of our families, the church we went to, everyone in our small town, and for God to bless me with a lifetime of happiness for being such a good friend.

Now I am not saying that I fully believe in the whole story that Whitney told us back then. But looking back now, I am able to put the pieces together and I cannot help but notice that it is 2016 now. Whitney and I got married in 1969. I can honestly say that woman has given me a lifetime of happiness.

As for the rest of Wesley’s prayers, everyone he prayed for received blessings 10 times over. Sitting here now, with Whitney’s head in my lap, as she peacefully sleeps I stare out the window as rain begins to fall. When I see what appear to be coins splashing into the puddles, I cannot help but look at our wedding photo that sits on the mantel, with a single shiny, 1951 stamped dime secretly tucked behind the photo. And I can only thank God for my unanswered prayer.

The Bizarre Conclusion of Walter Germany