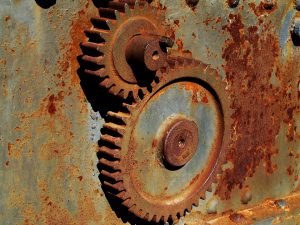 Antonio Williams was awarded the Dawson Prize for Fiction in the 2018 Prison Writing Contest.

Every year, hundreds of imprisoned people from around the country submit poetry, fiction, nonfiction, and dramatic works to PEN America’s Prison Writing Contest, one of the few outlets of free expression for the country’s incarcerated population. On September 13, PEN America will celebrate the winners of this year’s contest with a live reading at the Brooklyn Book Festival, Break Out: Voices from the Inside.

It all started when she began preparing dinner, not the spaghetti her husband wanted, but a dish she enjoyed making. If she could do nothing else right, cooking she nailed. The chicken was baked perfectly; she took it out at precisely the right intervals to pour a mixture of its own juices and butter over it, to create that crunchy skin and succulent flavor Richard loved.

She made the mashed potatoes from whole russets and left the skins on, adding garlic, chives, salt, and butter. The broccoli was made almost as an afterthought because Richard didn’t care too much for vegetables. Nevertheless, it wasn’t overcooked and the cheddar cheese sauce she bathed it in made it delicious.

When Richard’s friends came over for dinner, they gave her praise on how good the meal was, telling her they hadn’t had a meal this good in many years. They joked with Richard, telling him he was a very lucky man to have a wife who cooked this well, not noticing that he barely touched the food on his plate, and, when he did, his knife cut into the chicken a little harder than needed. His words of gratitude were curt, his friends probably taking it as modesty, but Michelle saw the dissatisfaction like a cloud of gnats hanging above his head. His smile never reached both sides of his mouth, and, when he looked Michelle’s way, the contemptible glare was clearly visible through the slightest squint of his eyes. And he mentioned spaghetti more than once.

At the end of the night, after everyone left and Michelle was washing the dishes, was when Richard decided to show his appreciation. The slap across the left side of Michelle’s face wasn’t that hard, but the blow snapped her head back, causing the corner of the overhead cabinet to cut into her right eyebrow.

The meaty impact and the blood trickling down her eye must have held back the second blow that usually followed every first one. But the normal flurry of verbal abuse remained unchecked as Richard told her to get her clumsy ass in the bathroom and clean herself up. She gathered herself, dropping all hope of a peaceful night along with her narrow shoulders, while holding in the rest of her dignity with the same hand that momentarily stopped the blood from running into her eye. Her face composed, eyes unaffected by the sting of betrayal, she headed toward the bathroom.

Bloody tears rolled down her cheeks as she washed her face with a dirty rag. The sink, stained by years of neglect, reflected a distorted image of her face through the murky water. She plunged the rag back into the water and wrung it out; then, she slowly scrubbed her face again. She sullenly thought about the new scab she would be forced to live with for the next few weeks.

The grimy stains between the once white tiles of the floor reminded her of her childhood bathroom. She wore flip flops now, but her skin still crawled at the memory of having to walk barefoot on it. The layer of rust and lime speckles on the faucet and sink handles gave her pause; she always imagined those stains were the blood of women who lived here before.

Michelle knew her situation wasn’t unique, so she never questioned it, never thought of ending the marriage. It wasn’t like she got hit every day and she knew, sometimes, she did push Richard’s buttons intentionally. But, today was different; this time she felt that a line had been crossed.

Through the bathroom door she heard Richard hurl a few more curses and insults and then retreat to his usual spot on the La-Z-Boy recliner, where he would most likely remain for the rest of the night.

Twenty minutes later she left the bathroom and went right back to the kitchen, ignoring the throb growing behind her eyes. She grabbed a pot, filled it with the right amount of water, and set it on the counter. She took the two remaining cans of bland tomato paste out of the cabinet, letting her hand linger on the fake cedar as if to assure it she held no grudge. After dumping the paste into the pot, she set it on the stove, turned the burner on, and grabbed her spices. When she was done mixing her concoction of herbs, spices, and honey, no one would ever guess this sauce started in a can. By the time she was done with the entire meal, Richard was passed out on the couch.

She quietly entered the living room and set a plate of spaghetti on the table, with two pieces of garlic toast. She set a cheap wine glass next to the plate and took a step back to look at it all and make sure it was presentable. She roused her husband with the chime of fork hitting the glass and stood next to the table in the front of the recliner. She watched as Richard opened his eyes, looked up at her, and then smiled. Michelle picked up the plate with her free hand and set it on his lap. He beckoned her for a kiss, which she gave him. Then, he explained that he was sorry for the incident earlier, but he had told his friends they’d be having the best spaghetti ever—he felt embarrassed when it wasn’t what she’d cooked.

Michelle stood there quietly, and when her husband stopped talking, she spoke up in a soft, but clear voice. She confessed that she had never told him about the rust. She hated the rust in the bathroom sink; she hated the rust on the back of the toilet, where two screws looked like they were bleeding as they held the toilet seat in place. She said she hated the dirty paint chips on the sides of the house because they looked so much like rust falling from an old cage she was trapped in. She even hated the light sprinkles of freckles on her face because she saw rust in them too. And the scabs. The scabs, she said, were worse than the rust because she could feel them as the air oxidized her blood, drying it out and hardening it, rooting itself into her very being and corrupting her—infecting her with loneliness, death, and decay while she still breathed.

Richard, by this time, had stopped eating and was looking as his wife as if seeing her for the first time. Michelle gazed deep into her husband’s eyes and told him that the very worst of it was his favorite food, spaghetti, that reminded her the most of the rust she couldn’t stand. She poured the Merlot into the cheap wine glass on the table and put the cork back in.

Richard gently grabbed her wrist as she walked by heading back to the kitchen. She looked down at him as he stared into his plate of spaghetti and in a cracking whisper he told her he loved her. But all Michelle heard was rust, a grating noise like a tree that has stretched out an intrusive limb to scratch and claw at her bedroom window.