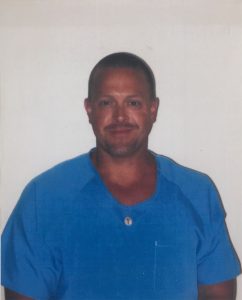 Benjamin’s parents raised him to believe in the primal power of words, those magical keys that unlock the beauty of life and pain and love. He’s written over 50 poems, 15 songs, 4 screenplays (one a work-for-hire), and is midway through completing his first novel. He first learned of PEN when his mother won the 2005 PEN Emerging Voices Fellowship for her narrative nonfiction partial manuscript Some Mother’s Darling. Before she succumbed to cancer in 2013, she made him vow to finish her book, a promise he recently fulfilled. Being chosen for an Honorable Mention in the Prison Writing Contest this year is a double privilege because he is joining his beloved mother in the ranks of scribes who have been honored by PEN.