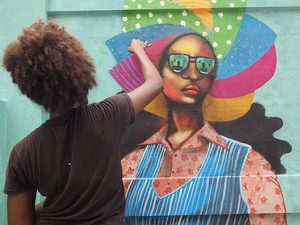 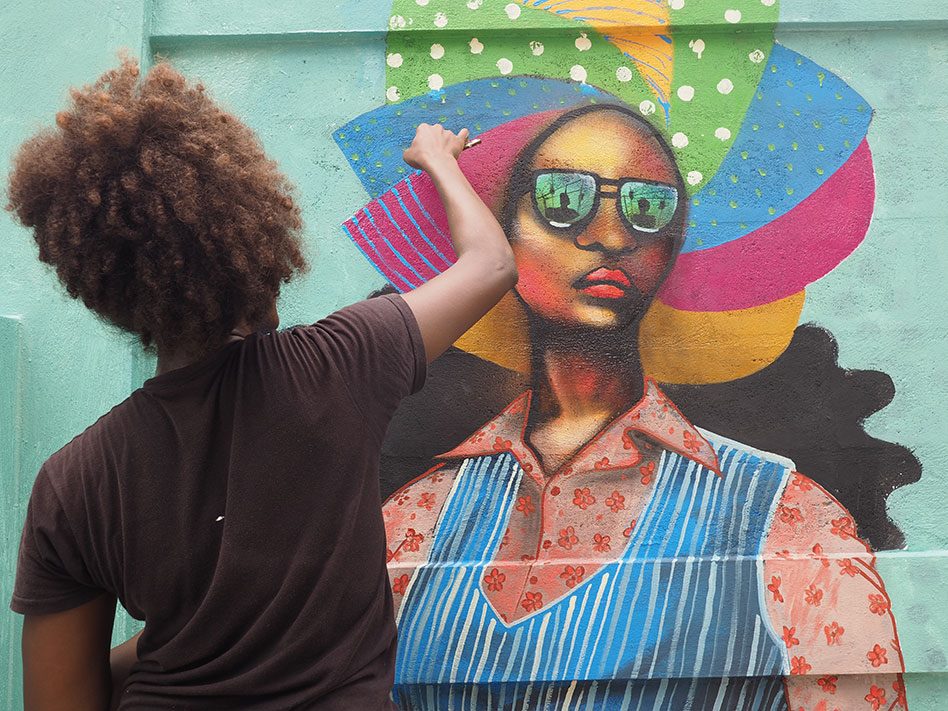 PEN Haiti’s House of Writers hosted eight Dominican artists who visited the country in June as part of the broader AZUEI Artistic Movement, a binational effort that has emerged with a vision of catalyzing a culture of peace between the two Caribbean countries that share an island.

The movement was born in 2015 during a retreat conducted by Dominican and Haitian artists on Lake Azuei, a natural sanctuary that spans the borders of the two countries. The AZUEI movement emerged amid a pressing need to build bridges between the nations whose shared history has a strong impact on their present relationship.

Many trace the existing tensions between the two nations to Haiti’s occupation of the Dominican Republic from 1822-1844, an attempt to unify the island after French and Spanish colonial rule. Yet an undercurrent of racism also marks the relationship between the two countries; during the rule of Dominican dictator Rafael Trujillo from 1930 until his assassination in 1961, a potent nationalism known as “antihaitianismo” began to identify Haitians as the source of the country’s ills. In 1937, on Trujillo’s orders, Dominican soldiers murdered between 9,000 and 20,000 ethnic Haitians in communities along the shared border. Known as the Parsley Massacre because soldiers executed those who couldn’t correctly pronounce perejil, the Spanish word for parsley, this atrocity has an ongoing legacy.

The conflict has been particularly acute since 2013, when a Dominican high court ruling stripped more than 200,000 Dominicans of Haitian descent and Haitian residents in the Dominican Republic of citizenship. As a result, many are now essentially stateless “ghost citizens” unrecognized by both the Dominican Republic and Haiti. Unable to secure identity papers, this targeted population faces many challenges, including curtailment of free expression rights and socioeconomic discrimination that prevents access to crucial services like education and healthcare.

Recent advocacy efforts and collaborations between authors from both countries show the power of literature as a force of social change. By writing about the Parsley Massacre in her 1998 novel The Farming of Bones, Haitian-American author Edwidge Danticat shed light on this event, which has too often been left out of history books, sparking a conversation about discrimination against ethnic Haitians in the Dominican Republic. Nearly two decades later, Danticat’s activism led her and Pulitzer Prize-winning Dominican-American author Junot Díaz to travel to Washington to urge Congress to take action for Haitians denied citizenship. Díaz, awarded the Order of Merit in 2009 by the Dominican government, faced retaliation for speaking out on behalf of the ethnic Haitian community and was stripped of the award in 2015. 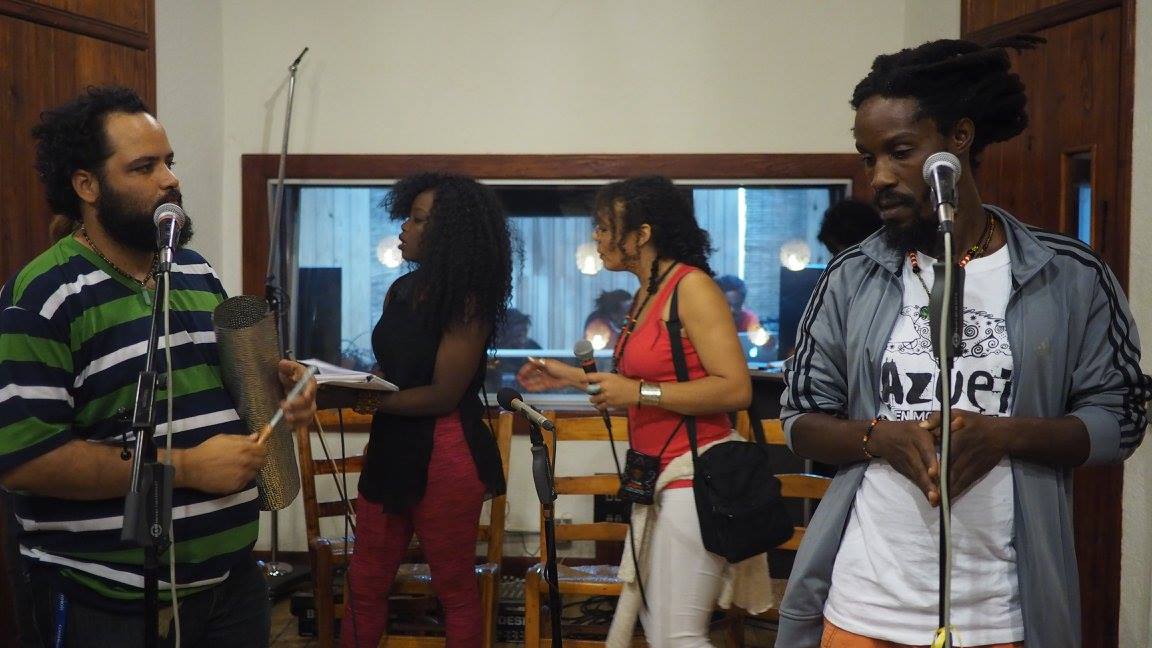 PEN Haiti’s work with Dominican artists continues this shared sense of responsibility and belief in the transformative role of art. During their visit to Haiti, the eight Dominican artists performed and collaborated with numerous Haitian artists on projects surrounding cultural expression, including recording an album, performing together, and painting murals across Port-au-Prince to raise awareness of the countries’ conflict and how to mitigate it. AZUEI has been supported by several Haitian civil society organizations such as FOKAL and Oxfam Haiti, in addition to PEN Haiti.

On July 3, PEN Haiti’s House of Writers will host a conference on the first anthology of work by Haitian and Dominican poets, “Paroles d’une Ile/Palabras de una Isla.” The anthology’s editors, Haitian Gahston Saint-Fleur and Dominican Basilio Belliard, will both be speaking.

The AZUEI movement closely aligns with PEN Haiti’s mission, and there is hope to continue promoting and defending free expression on the island by initiating a future exchange program for Haitian and Dominican writers. The program could lay the groundwork for establishing a PEN Center within the Dominican Republic.