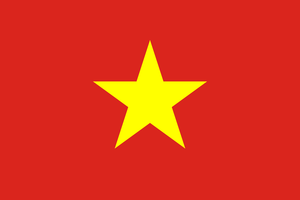 PEN America joins a coalition of organizations calling on President Obama to press for the release of imprisoned activists in Vietnam.

We represent a broad, international coalition of human rights organizations, brought together by our common concern over Vietnam’s continued repression of its citizens’ fundamental human rights. In advance of your upcoming visit to Vietnam, we write to raise issues of significant concern about the Vietnamese government’s respect for fundamental rights, international law, and human rights.

Of particular concern is the imprisonment of peaceful activists and dissidents who exercise their basic rights to expression and belief and peaceable association and assembly. In Vietnam, religious leaders, labor rights activists, bloggers, lawyers, and human rights advocates are being arbitrarily detained and prosecuted without the due process protections afforded to them under international law.

The case of Doan Huy Chuong and Nguyen Hoang Quoc Hung, for example, has been repeatedly raised by the international community. The two labor activists were detained in February 2010 (along with Do Thi Minh Hanh, who was released on medical grounds in 2014) for peacefully organizing workers at a shoe factory. After being held for nearly eight months in pre-trial detention and after a trial plagued with violations of fair trial standards, the two men were convicted on vague charges of disrupting national security and sentenced to seven years and nine years in prison, respectively. On November 14, 2012, the United Nations Working Group on Arbitrary Detention (UNWGAD) confirmed that the detention of Mr. Chuong and Mr. Hung was arbitrary and called for their release. Notably, Vietnam argued to the UNWGAD that the detention of these peaceful labor activists was justified because they were members of an illegal group: their independent union. Yet, despite Vietnam agreeing as part of the TPP that independent unions would be legal, more than three and a half years after the UNWGAD decision calling for their release, these two men remain unjustly imprisoned.

The international community has also decried the continued imprisonment of Father Nguyen Van Ly, a Roman Catholic priest who remains one of Vietnam’s most prominent advocates for democratic reform. Father Ly has languished in prison for 13 out of the last 15 years. His most recent arrest in 2007 was for allegedly committing “very serious crimes that harmed national security” by attempting to organize a boycott of an upcoming election. Despite the fact that Father Ly was sentenced to eight years and despite that fact that the UNWGAD called for his release in an opinion adopted in May 2010, the government has failed to release him.

Physical assaults against rights campaigners, often by plainclothes agents, have also become common. On December 6, 2015, after giving a talk about constitutional and basic human rights, one of Vietnam’s most prominent human rights lawyers, Nguyen Van Dai, was badly beaten by about 20 assailants. Ten days later, on December 16, 2015, he was arrested and shortly thereafter charged with “conducting propaganda against the state”. Mr. Dai has now been sitting incommunicado in pre-trial detention for over four months, awaiting a continually postponed trial.

Unfortunately, even in light of the agreements it has made as part of the TPP, Vietnam’s crackdown on independent voices shows no signs of ceasing. We are particularly disturbed that in the final week of March, Vietnam convicted seven bloggers and human rights activists to prison terms ranging from seven months to five years. These include blogger Nguyen Huu Vinh, his colleague Nguyen Thi Minh Thuy, anti-corruption campaigner Dinh Tat Thang, blogger Nguyen Dinh Ngoc, and lands rights activists Ngo Thi Minh Uoc, Nguyen Thi Be Hai, and Nguyen Thi Tri.

We appreciate that the United States has openly stated its commitment to raising the issue of human rights with Vietnamese officials, particularly Secretary Kerry’s recent remarks that the United States “will continue to urge Vietnam to reform certain laws that may have been used to arrest or convict somebody for expressing a peaceful point of view.” We ask that, prior to and during your trip, you emphasize to the government of Vietnam that its continued refusal to permit peaceful advocacy for basic human rights impedes the progression of U.S.-Vietnamese relations and threatens Vietnam’s ability to participate in the TPP. We also ask that you request that the government of Vietnam repeal all laws and administrative decrees that deny freedom of expression, association, and peaceful assembly and enact laws codifying and protecting the fundamental human rights.

Releasing its political prisoners would be an important step in demonstrating that Vietnam is serious about achieving these human rights goals. We therefore strongly urge you to take the opportunity of your visit to Vietnam to make clear, both in private and in public, that U.S.-Vietnamese relationship will not fundamentally advance absent meaningful human rights improvements, including the release of imprisoned activists, an end to harassment of civil society groups, and respect for international law.