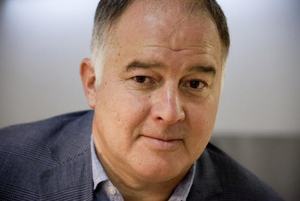 PEN is seriously concerned by the threats received by award-winning journalist and author Héctor de Mauleón for a series of investigative reports he published in El Universal on alleged dealing in drugs and weapons by a group called the Asamblea de Barrios (‘Assembly of Neighborhoods’) in Mexico City. The threats, sent via social media, began after De Mauleón’s first piece appeared in May 2016 and have increased since his third column was published in early June, in particular since June 22 when a raid was carried out by the Mexico City Attorney General’s Office. PEN calls on the local and federal authorities to ensure De Mauleón’s safety and to investigate the threats against him as a matter of urgency. It urges the authorities to guarantee the protection of all journalists under attack in Mexico for exercising their right to freedom of expression.

Please send appeals calling on the local and federal authorities in Mexico to:

Send a copy of your appeals to your nearest Mexican diplomatic representative. Please keep us informed of any action you take on Héctor de Mauleón’s case, including any responses you receive from the authorities. Contact the PEN office in London if you intend to send appeals after July 23, 2016.

PUBLICITY
PEN members are encouraged to:

SOLIDARITY
Messages of solidarity can be sent to Héctor de Mauleón at @hdemauleon.

Born in Mexico City in 1963, Héctor de Mauleón is one of the most important writers and journalists in Mexico. He is the author of the short story collections La perfecta espiral (The Perfect Spiral) and Como nada en el mundo (Like Nothing in the World), the novel El secreto de la Noche Triste (The Secret of the Sad Night) and three works of nonfiction: El tiempo repentino (Sudden Time), Marca de sangre (Mark of Blood), Los años de la delincuencia organizada (The Years of Organized Crime) and El derrumbe de los ídolos (Fallen Idols) (see here for details). He is deputy director of the magazine Nexos, a columnist for the newspaper El Universal and presenter of the program “Focus” dedicated to Mexico City.

On Tuesday June 21, 2016, De Mauleón was sent threats via his Twitter account by the Asamblea de Barrios or ‘Assembly of Neighborhoods’ (@BarriosAsamblea). The threats followed his publication of a series of investigative reports published in his column in El Universal (see below), where he stated that the Asamblea de Barrios was in possession of a property in Mexico City where weapons and drugs were allegedly sold, and indicated the presence of drug dealers in two of the city’s neighborhoods. The Asamblea de Barrios is an organization set up in 1987 in response to the government’s ineffectiveness following the 1985 earthquake in Mexico City.

De Mauleón, winner of PEN Mexico’s Award for Journalistic Excellence in 2011, had received threats via social media previously. The threats reportedly began after the publication on May 2016 of the first of his three columns on the issue, where he criticized the Asamblea de Barrios for having taken over a building and drug dealing in a central district of Mexico City. However, the most recent threats came after the Mexico City Attorney General’s Office raided the building in question on June 22.

The writer continues to receive threats from various Twitter accounts. For example, on June 22 he received the following tweets from the Asamblea de Barrios’ account: “Take care of yourself because now you know we’re all around Mexico City and there are thousands of us” (“ahora si cuídate por que sabes que estamos en todo el df y somos miles”) and “now I come alive when you leave your house” (“ahora si vivo cuando salgas de tu casa”).

The same day, the Ministry of the Interior in Mexico City tweeted its condemnation of the threats against De Mauleon.