Twenty-seven years ago, on June 4, 1989, the Chinese government brutally suppressed protests in Tiananmen Square and cities across China. The total death toll resulting from the crackdown is difficult to verify due to the government’s strenuous efforts to conceal it, but estimates range anywhere from 300 to several thousand killed. Though China is soon set to release the last person jailed for partaking in the 1989 Tiananmen Square protests, the changes individuals fought for during the protests have yet to be achieved. At the end of 2015, at least 55 writers remained imprisoned or detained in the country.

China overwhelmingly levels “antistate” charges against writers in an effort to label their free expression as something antithetical to the state’s existence and values. The three most common types of “antistate” charges are “subversion,” “splittism,” and “separatism.” All three charges indicate the state’s need to categorize and condemn any expression that contravenes the state’s official narrative as a threat to society. China also regularly detains people without formally charging them, often holding them incommunicado for lengthy periods of time so that no one can formally claim that the individual is in the state’s custody. China blacklists people from entering or leaving the country and places writers and their relatives under house arrest and travel bans, completely blocking them off from the outside world.

This June, our three featured cases are emblematic of the harsh and varied tactics China utilizes to stifle free expression and stamp out dissent. They also represent the resiliency and bravery of writers facing expected persecution and imprisonment. The fight for freedom of expression and other human rights continues in China, twenty-seven years after the Tiananmen Square massacre, because of these individuals’ audacity to express themselves. 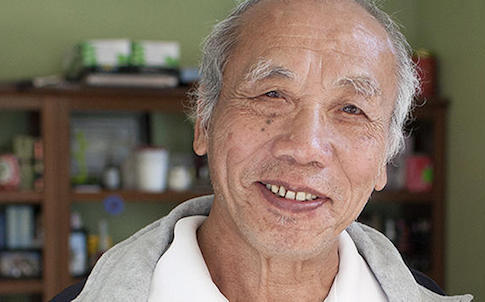 Huang Zerong (also known by his pen name Tie Liu), a writer and political dissident, was disappeared by authorities from his Chengdu home in early May 2016 while his wife was away on a trip. Authorities have not yet disclosed why they have detained Huang nor allowed him to speak with his lawyer, Liu Xiaoyuan, since May 13. The writer, who just turned 83, has been serving a six-month “residential surveillance” sentence after being detained at the end of March earlier this year on suspicion of “picking quarrels and stirring up trouble.” Huang previously spent over twenty years in prison for being an “anticommunist” during Chairman Mao’s rule. He recently published memoirs of those persecuted under Mao and has posted online criticism of Liu Yunshan, the Chinese Communist Party’s propaganda chief. 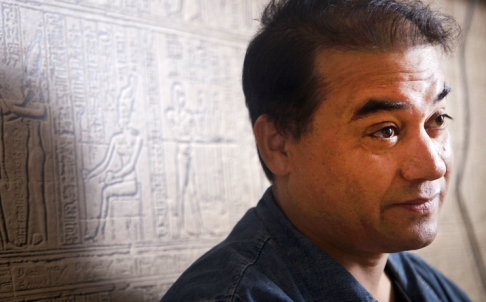 Ilham Tohti is serving a life sentence solely for promoting ethnic harmony and understanding. Tohti, an ethnically Uyghur economist, writer, and academic, won the 2014 PEN/Barbara Goldsmith Freedom to Write Award. He co-founded the website Uyghur Online, a platform designed to promote understanding between Uyghurs and Han Chinese. It is now blocked inside China. On September 23, 2014, a Chinese court convicted Tohti on charges of “separatism” and sentenced him to life in prison. The government arrested several of Tohti’s students and formally charged three, who are thought to be in detention. Two other students’ whereabouts are unknown. 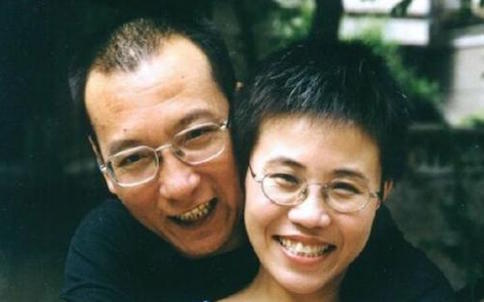 Liu Xiaobo and Liu Xia are a husband and wife who have been severely punished for their free expression. Liu Xiaobo, a renowned literary critic, writer, and political activist, is the only Nobel Peace Prize winner currently behind bars. In 2009, Liu Xiaobo won the PEN/Barbara Goldsmith Freedom to Write Award. He is serving an 11-year prison sentence on the charge of “inciting subversion of state power” for co-authoring Charter 08, a declaration calling for political reform, greater human rights, and an end to one-party rule in China. Charter 08 has been signed by hundreds of individuals from all walks of life throughout the country.

Liu Xiaobo was also heavily involved in the 1989 Tiananmen Square protests, staging a hunger strike in Tiananmen Square in support of the students and leading calls for a truly broad-based, sustainable democratic movement. He was instrumental in preventing even further bloodshed in the Square by supporting and advancing a call for nonviolence on the part of the students. He spent two years in prison for his actions.

Liu Xia, a poet and artist, co-founded the Independent Chinese PEN Center. She has been under extralegal house arrest since her husband won the Nobel Peace Prize in October 2010. Security around Liu Xia appears to have tightened during the approach to the third anniversary of Liu Xiaobo’s Nobel Prize ceremony in 2013. There is increased concern regarding her physical and mental health, and she is reportedly suffering from depression. A friend of Liu Xia states that she was seen at the window of her apartment, wordlessly weeping.

Send a Message of Solidarity to Ilham Tohti’s Family