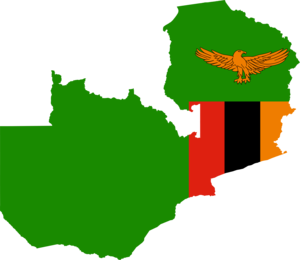 PEN is deeply concerned by the recent closure of The Post, Zambia’s leading independent daily newspaper. The closure stems from a dispute with the Zambia Revenue Authority, which alleges that The Post owes unpaid taxes, but appears to be linked to attempts to silence independent voices in the media in the run up to the August 2016 national elections. PEN urges the Zambian authorities to take immediate action to reopen the newspaper.

The Zambia Revenue Authority claims that The Post owes $6.1 million in taxes, however the Managing Director and Editor-in-chief of The Post, Fred M’membe, alleges that the newspaper has paid half the money owed, and is contesting the remainder of the amount. M’membe maintains that an audit was being carried out to ascertain the amount owed, if any, and was not complete yet when they were served the closure notice on June 21, 2016. Although the authorities have officially ordered the closure of The Post, the newspaper has responded by publishing a smaller print run over the last few days, and has vowed to keep publishing.

“While the Zambia Revenue Authority has the right to request that The Post newspaper meet its tax obligations, the Zambian authorities should explore other avenues to solve the financial disagreement and immediately reopen the newspaper,” said Salil Tripathi, Chair of the Writers in Prison Committee of PEN International. “The government’s decision to close The Post newspaper is a blow to democracy. The Zambian people deserve access to free flow of information and independent voices, and the Zambian state has an obligation to protect that right to seek, receive and impart information.”

The closure comes in the wider context of judicial harassment of journalists and the newspaper in the run up to elections scheduled for August. In 2015, the Minister of Information publicly criticized and threatened The Post with closure, and other high-ranking officials have made similar statements. In addition, two reporters from The Post, Mukosha Funga and Joan Chirwa-Ngoma, were arrested in April 2016 over a story published in 2015 alleging that President Edgar Lungu played pool and went to a club while on a taxpayer-funded holiday. They were arrested and charged with criminal defamation of the president, alongside opposition politician Eric Chanda, who was quoted in the article. They have all been released on bail, but continue to face the charges. The Managing Director and Editor-in-chief of the newspaper, Fred M’membe, has also been pursued on several cases of defamation over the past few years, including a current case in which he and an opposition politician are jointly charged with contempt of court and publishing defamatory statements against former president Rupiah Banda.

Public officials should be open to scrutiny and criticism if they are to be made accountable to the public. PEN believes that use of criminal defamation laws severely undermines the democratic rights of the media and citizens to hold their governments to account. As such they are incompatible with freedom of expression and should be repealed without delay.