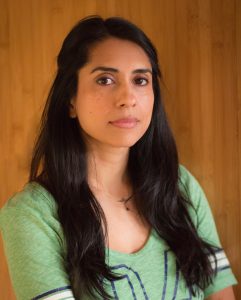 I can’t tell you how much I appreciate the question, “Or have you been identified as a Muslim?” It speaks to my experience. No, I do not identify as Muslim because I am agnostic. But yes, I am from Pakistan so the default position by others is that I MUST be Muslim. The prevailing narrative is that religion is inextricably linked to our DNA, rather than religion being something we choose, something we have agency over. I have been fighting this narrative my entire life.

When you’re identified by others as Muslim, everything you do is put into the context of being Muslim. When I drink alcohol, or dress in a way some may consider immodest for a woman from Pakistan, these are somehow considered acts of rebellion against Islam, or against Muslim culture or against the Muslim world. Can’t it simply be that this is how I dress, this is what I consume and how I live my normal life? Can’t people accept my choice to not call myself a Muslim?

The concept of a secular Muslim is difficult enough for American audiences to digest, but when you try to declare that you are not Muslim at all, there is great confusion, sometimes downright rejection of the very idea!

For people from the Muslim world, why is religion so foundational to our identities? After all, everyone accepts that there are lapsed Catholics, non-practicing Jews. No one is shocked when they encounter a white atheist or a white satanist. But when I tell people that, no, I don’t know what the Quran says because religion is not part of my life, they struggle, “. . . but, aren’t you from Pakistan? So how can you not be a Muslim?”

It may seem strange for me to be discussing this issue on your questionnaire. After all, there is an immediate urgency over the welfare and rights of practicing Muslims who are facing harassment and institutional discrimination right now in America, with a presidency that is openly hostile toward them. But I think the idea of the “non-Muslim Muslim” is an important one and needs to be raised now more than ever.

We are not a monolith group of people. There are layers to us, complexity to our experiences and identities. There are practicing Muslims, secular Muslims, and people from the Muslim world living in America who consider themselves agnostic, atheist, Buddhist, Jewish, Christian, Scientologist. But an angry, drunk xenophobe on the street doesn’t care which category above we belong to. An immigration ban doesn’t care if we’re only Muslim on holidays.

Much like the need for genetic variation in a population to reduce the spread and lethality of viruses, a minority population is harder to target when it is multifaceted. People from the Muslim world living in America shouldn’t be treated or dismissed as one simplistic group, either by policymakers or the American public. It is our complexity, the breadth of our experiences, that will give us strength against the challenges we are facing today.

I’ve written frequently on the topic of being Muslim in America. I hope my writing fosters these larger conversations and leads to others being vocal and sharing their own stories.

I also like to push boundaries sometimes, like when I wear a skull ring or a goth-looking black T-shirt with a pentagram on it. It’s interesting seeing the reactions. I think it makes people confront the idea that maybe their image of “Muslims” isn’t entirely correct. That there are weird ones out there like me.

Join us tomorrow, @HumanitiesGC, @CullmanNYPL, & @segalcenter for the 20th and final week of Translating the Future, with "Translating for a World on Fire" with Maria Dahvana Headley and Emily Wilson, joined by LTAC Director Susan Bernofsky. https://bit.ly/3cakHEk