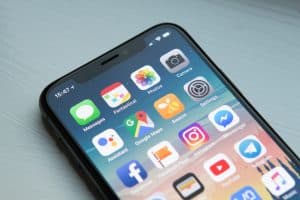 By now you have probably heard that changes are coming to your Facebook News Feed. In a January announcement, Mark Zuckerberg described the company’s intention to make sure that the time people spend on Facebook is “time well spent” by adjusting the News Feed algorithms to de-emphasize public posts—those coming from third-party publishers and companies—and to promote posts from a user’s family and friends. Those public posts could still rise to the top of your Feed, but only if they have generated “meaningful interactions.”

Commentators have feverishly hypothesized why Facebook is doing this. Perhaps de-emphasizing news increases Facebook’s chances of getting into the China market; maybe it is a desperate effort to get users to share more about themselves and feed advertisers’ hunger for user data; the move could stem from Facebook’s concern about the platform’s role in the spread of fraudulent news; or maybe Mark Zuckerberg is legitimately concerned about your well-being and truly believes he can help.

But the impetus for this move is less important than its impact. There are two fundamental problems with this policy change:

First, the change disregards the fact that for many people around the world, Facebook is the internet. In many countries—like Myanmar, Zimbabwe, and Mexico—websites are passé; Facebook pages are how companies and organizations reach their customers and constituents. A News Feed that limits the direct flow of content from these pages to individual users dependent on Facebook for information will essentially function as a form of censorship. And the effects will be felt most acutely in undemocratic states, where access to information is already limited and where citizens may be least likely to engage, and thereby fuel the new News Feed, with dissenting content for fear of retribution. In countries where net neutrality is not protected—a list that may soon include the United States if the FCC’s December 2017 repeal stands—and content delivery is stratified, people who cannot afford to access the entire internet may in fact come to rely on Facebook as their lone source for web access. For those people, de-emphasizing news content amounts to restricting their access to information and could create demographic divisions in who sees the news and who doesn’t.

The second, directly related problem is that the change does not seem to discriminate between different types of content publishers on Facebook. If the new change de-emphasizes everything that isn’t from an individual Facebook “friend,” then that also includes small, local news sources; grassroots and community organizations; writers, bloggers, and small publishers who reach their audience via Facebook; and nonprofit organizations that rely on Facebook to reach their supporters but lack the resources to pay for advertising. You would be less likely to see posts from a major news outlet or megacorporation, but the same would be true for posts from a local small business, community newspaper, or suicide hotline.

We have already seen the potential impact of such changes as a result of an even more drastic experiment that Facebook undertook in six countries starting in October 2017. In Bolivia, Cambodia, Guatemala, Serbia, Slovakia, and Sri Lanka, Facebook ran a test that removed all public posts from the regular News Feed and moved them to an entirely separate location: the new “Explore Feed.” As a result, local media and civil society organizations saw their reach on Facebook devastated overnight.

The Guardian reported that the move killed 66 percent of the traffic to Guatemalan local media outlet Soy502, quoting Dina Fernandez, a journalist and editorial board member, as saying the effect was “catastrophic.” The Guardian also cited a data analytics site in Slovakia that reported a 60 percent decrease overnight in user engagement (measured in likes, shares, and comments) for the country’s media Facebook pages.

While this test run was presumably far more disruptive than the changes to the News Feed that Facebook announced last week, it does give us a view into the risks such a change poses. If this is an effort to reduce the power of fraudulent news on Facebook, then it comes at the expense of those who would spread the truth, as well. The Explore Feed test hit Cambodia in the run-up to an election in a country with tight restrictions on free expression and an ongoing crackdown on independent media, and it hurt precisely the types of local organizations trying to educate voters, encourage citizen participation, and advocate for elections to be free and fair. Such organizations’ voices would be stifled by the new proposed changes to the News Feed as well, especially in places where actively engaging with such posts could place individuals at risk. That only highlights the absurdity of Facebook attempting to create one definition of what “meaningful engagement” looks like for its more than two billion active monthly users. Where freedom of expression is already restricted or under threat, passive consumption of vital information can be far more meaningful than the likes and comments to which Facebook gives so much weight.

The proposed changes to the News Feed will therefore place new restrictions on freedom of expression and create barriers to information that disproportionately affect lower-income individuals and those in developing countries—especially authoritarian states and those where democracy is under threat. If Facebook takes its responsibilities seriously as a source of information and human interaction unprecedented in human history, it must take these risks seriously, too.

Why You Should Fight For Net Neutrality