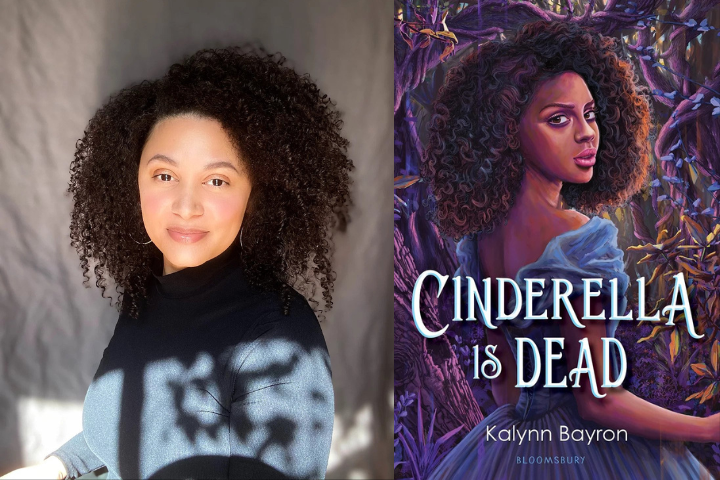 Kalynn Bayron grew up on fairy tales, but never saw herself in them.

“I came up in a time when Disney princesses were at their peak, but I just never saw any princesses that looked like me or the people in my family,” she told PEN America.

So when she sat down to write a retelling of Cinderella, she decided to center a queer Black girl. “I wrote the book that I wanted to read–the book that 15- or 16-year-old Kalynn would have wanted to see and really would have needed to see.”

Cinderella Is Dead landed on PEN America’s Banned Book Index, as banned pending investigation in three districts in Texas and Tennessee in the 2021-2022 school year. She spoke to PEN America about the opportunities lost for readers.

PEN America: Growing up, what did not seeing yourself in fairy tales say to you?

Kalynn Bayron: Not seeing yourself in the media that you consume is really disheartening. I don’t think at the time that I really had the language or the words to describe what that was. But I just know how it felt. I loved fairy tales. I love Disney movies. But the message is that you don’t belong, that this isn’t for you. And so it’s incredibly disheartening and sad and makes you feel excluded, makes you feel like you’re on the outside looking in. And that was a huge motivation for writing Cinderella Is Dead, because I wanted queer Black girls to feel like there was a place for them, that these stories could and should include them.

Were you surprised to see it banned?

I had experienced pushback even in my writing groups and during the querying process, because it centered a queer Black girl in the main role, and all of the characters are Black. But to see it being challenged and banned in public libraries and in school libraries was just very disappointing, because I felt like I worked so hard with my young readers in mind. This is not a careless story. This is not a reckless tale. This is a story about a young, queer Black girl who knows exactly who she is, but is trying to navigate a world that tells her she shouldn’t be that. And I felt like I took all of the time and the care and concern that the story deserved. And to see it just kind of rejected is incredibly disheartening.

What would you say to someone who thinks your book is inappropriate?

I would ask, “Why?” I would ask, “What it is about queer Black girls finding their way in the world and helping their community and being concerned with what their lives look like in a very kind of heteronormative world—why does that make you uncomfortable?” This story might show someone that they’re not alone. And isn’t that what we want? Don’t we want our young readers to feel that they are not alone, that they are seen, that they are worthy of love and respect no matter who they are or where they come from, or who they love, or what they look like?

A lot of them, they’re trying to say this is pornography, or this is obscene.

I have a really hard time understanding where that even comes from. These characters, I think they kiss twice. And, you know, their knees kind of touch and there’s longing glances. I don’t really understand where that’s coming from, other than a lot of this pushback is clearly homophobic. There is clearly this thought process that if you are part of the LGBTQ community, that you are obscene, that you are doing something wrong. I think that is what is at the base of this argument, and it is a willfully ignorant thing to say about these books.

What have readers told you about what your books meant to them?

I have received so many emails and letters from readers, from the family members of readers that say, “Hey, I read this book, I buddy-read this book with my mom, and it helped me come out to my mom.” I’m sorry. It’s kind of emotional for me, but to get an email from somebody that says, I read Cinderella is Dead, and it made me decide to stay alive one more day, to try one more time. I think that my readers deserve so much, and not just with Cinderella Is Dead, but so many of these books that are being challenged and being banned. To know that it’s resonating with them in this way is incredibly meaningful. And it worries me that Cinderella Is Dead is being banned because I fear for the readers who won’t have that chance, who might not have that opportunity to feel seen.

Why do you think there’s such a focus on LGBTQ books? Can a book change somebody’s identity?

I read books with all straight casts my entire life and it didn’t turn me straight. You know, the reasoning behind some of these challenges and bans is just so utterly ridiculous that it’s hard to sit down and have an answer that isn’t just like, “That doesn’t make any sense.”I would say that for readers who maybe don’t share the marginalized identity of my characters, it’s good for them to read these books as well, because they can learn to see people who maybe aren’t exactly like them in a lead role. They can understand that it’s not always about them, which is a good thing. We can learn to look at other people with compassion and empathy, and I think that is a wonderful trait to have.

For people who want to help stop this book banning movement, what would you ask them to do?

Of course, amplifying books by people whose titles have ended up on these lists. But also, I think it’s really important to start getting involved if you’re not already in your local community, go to these town hall meetings, go to these school board meetings virtually or in person or however. The people who are organizing these bans and challenges are very, very vocal and they’re very well-organized. And we have to in order to oppose that, we have to be vocal. Be preemptive in your opposition to these things. 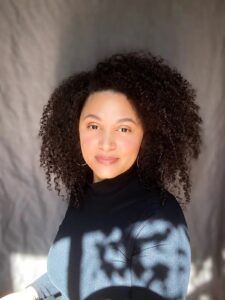 Kalynn Bayron is the New York Times and Indie bestselling author of the YA fantasy novels CINDERELLA IS DEAD and THIS POISON HEART. Her latest works include the YA fantasy THIS WICKED FATE and the middle grade paranormal adventure THE VANQUISHERS. She is a CILIP Carnegie Medal Nominee, a two-time CYBILS Award nominee, and the recipient of the 2022 Randall Keenan Award for Black LGBTQ fiction.

Powerful thread on how educational censorship infringes on critical thinking about the past. https://twitter.com/JackieGardina/status/1619428644010733568

🧵 Students retain their #FirstAmendment rights in schools. In Tinker v. Des Moines Independent Community School District... the U.S. Supreme Court held that students do not “shed their constitutional rights to freedom of speech or expression at the schoolhouse gate.”

Author @haleshannon spoke about how books help teach children empathy at a #LetUtahRead event on January 25.

But this also happened. 🧵