PEN America has been actively expanding its freedom of expression advocacy work to include artists in addition to writers and other creatives. Artists form an integral component of fulfilling the right to freedom of expression. They produce work that allows for counter-narratives and creates spaces for open discourse within society. Artists also wield the ability to devise avenues for dissent, provide channels to expose or address inequalities, and construct works that reflect and oftentimes criticize the ills of societies and governments. Essentially, art allows for the expression of humanity. This makes artists a target for governments, ranging from authoritarian to democratic ones, around the world.

In 2015, Freemuse registered 469 cases of censorship and attacks on artistic freedom, ranging from killings to detentions, nearly double the number logged in 2014. Adding to these statistics are the unknown number of artists forced to engage in self-censorship, live in constant fear, or desist from creating artwork all together. However, they also rally in defiance of the restrictions placed on them and the dangerous consequences they face. This August, PEN’S Featured Cases highlight three artists, who have been harassed, arrested, fined, censored, or killed for producing or performing works that cut across barriers and express our common humanity. 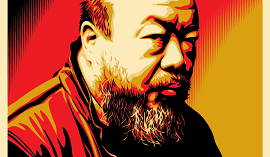 Dissident Chinese artist and activist Ai Weiwei has been free to travel since Beijing authorities returned his passport in July 2015. Nevertheless, Ai was banned from foreign travel for four years, after police seized his passport at the Beijing airport during a crackdown on Chinese political activists in 2011. He was detained, allegedly for “economic crimes,” for 81 days. Although Ai is no longer officially under government surveillance, his relationship with Chinese authorities remains precarious. Last October, Ai uncovered several listening devices hidden around his studio and living room. He has since shifted his focus in art and social activism towards Europe’s refugee crisis, traveling to refugee camps in Syria, Turkey, Italy, Israel, and France, and installing art exhibits that bring attention to the crisis. 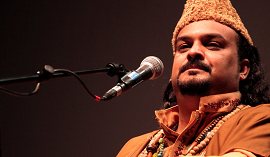 Amjad Sabri is one of Pakistan’s most famous and respected musicians, celebrated for performing traditional Sufi Muslim devotional songs known as qawwalis. On June 22, 2016, Sabri was gunned down in Karachi as he was heading to perform at a television station to celebrate the holy month of Ramadan. Two gunmen on a motorbike fired at the singer’s vehicle, killing Sabri in a targeted assassination. The TTP Hakimullah Mehsud group, a faction of the Pakistani Taliban, claimed responsibility for the attack, stating that Sabri was targeted because his music was blasphemous. The music and the Sufi shrines in which qawwali flourishes have been mercilessly attacked by militants in recent years and serve as targets for the Taliban and other religiously conservative groups that reject music as un-Islamic. 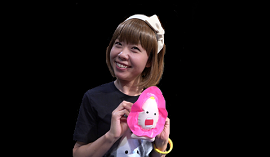 Megumi Igarashi, who works under the pseudonym Rokudenashiko roughly translated as “good-for-nothing girl,” is a Japanese artist known for using her vagina as a motif for her art. Igarashi was arrested in July 2014 for her artwork displaying figurines modeled on her vagina and for her 3-D vagina kayak project. On May 9, 2016, a Japanese court ruled that Igarashi was guilty of obscenity, but not of “displaying obscene materials publicly” and exhibiting the physical objects since her figurines did not immediately resemble a vagina and qualified as art under Japanese law. For the guilty charges, Igarashi was fined 400,000 yen for distributing obscene data after sharing 3-D printer information of her genitals. The data was labeled obscene allegedly because it could have been used to create a replication of her vagina for sexual arousal. After the ruling, Igarashi expressed disappointment at the court’s decision: “the ruling explained my artwork was OK because it didn’t look like real female genitals. It still says genitalia are obscene objects.”

Disseminate information about these cases and the persecution of artists and artistic expression by retweeting:

#AmjadSabri killed for “blasphemous” music. We must defend our artists, our cultural voices #PENFeaturedCase http://bit.ly/2aNDqG1