Turkey: Worrying signs of further erosion of freedom of expression after attempted coup 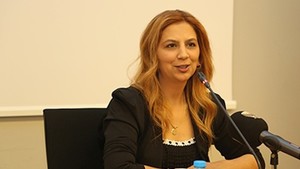 PEN America joins PEN International, English PEN, PEN Turkey, PEN Germany, Swedish PEN, and Danish PEN in urging the Turkish authorities to drop any investigation against Yıldız and any other writer in connection with the peaceful exercise of the right to freedom of expression, and to uphold Turkey’s obligation to safeguard freedom of expression and the rule of law in the wake of the coup attempt. This statement originally appeared on PEN International’s website.

There are disturbing signs of an intensified crackdown on freedom of expression, including online freedom and attacks on journalists by non-state actors in Turkey, following the attempted military coup on July 15, 2016, PEN International, PEN America, English PEN, PEN Turkey, PEN Germany, Swedish PEN, and Danish PEN said in a statement today.

Since the coup attempt, which the government has blamed on the followers of the Gulen movement,1 some 20 websites suspected of “endangering national security or public order,” including those of six news outlets and two TV channels, have been blocked from access by the High Council for Telecommunications (TIB) at the request of the prime minister’s office.

“Once again, the Turkish authorities are trying to stifle the access of individuals in Turkey to information. It is the height of irony that the government is resorting to blocking access to information given that President Erdogan relied on the Internet to disseminate his message to Turkish citizens and to mobilise his supporters and others who wanted to defend Turkish democracy during the coup,” said Salil Tripathi, Chair of the Writers in Prison Committee of PEN International.

“Such measures should only be considered as a last resort, and with judicial oversight. Given Turkey’s record on free expression, and the mass arrests, the immediate future looks grim.”

“I found out today that four police officers arrived at my apartment at 5:20 [a.m.] with an arrest warrant. I hope it has nothing to do with the coup attempt … I have been critical on a numerous issues from the corruption scandals to the reigniting of the Kurdish insurgency. But are these really crimes? I have no intention to escape as I have nothing to fear. I will pay a visit to the prosecutor and testify. I leave the decision for my arrest and its timing up to your judgment!”

There are also worrying signs that the authorities are using the coup to undermine the independence of the judiciary.

“Two of the 12 Constitutional Court judges, which is perceived as one of the country’s last independent institutions, are among more than 2,700 judicial officials arrested since Saturday – making up around one fifth of the total law officials in the whole country,” remarked Salil Tripathi. “Given President Erdoğan’s previous harsh criticism of the court on numerous occasions, the most recent concerning the court’s decision to release Cumhuriyet journalists Can Dündar and Erdem Gül, we are concerned that old scores are being settled and a judiciary more compliant to Erdoğan’s wishes is being put in place.”

PEN International, PEN America, English PEN, PEN Turkey, PEN Germany, Swedish PEN, and Danish PEN urged the Turkish authorities to drop any investigation against Yıldız and any other writer in connection with the peaceful exercise of the right to freedom of expression, and to uphold Turkey’s obligation to safeguard freedom of expression and the rule of law in the wake of the coup attempt.

________
1. Also known as Hizmet or Cemaat in Turkey, this is a religious and social movement led by US-based Turkish Islamic scholar and preacher Fethullah Gülen. It runs schools and educational establishments in Turkey and other countries, and is widely believed to have supporters in state institutions such as the judiciary and police. Originally allied to the AKP against the military and PKK, recent years have seen the two split, with a resultant crackdown on Gülenist sympathisers. It is often referred to as the “parallel state” by the current government.↩