Banned in the USA Q&A: Ashley Hope Pérez on how book bans are failing our children 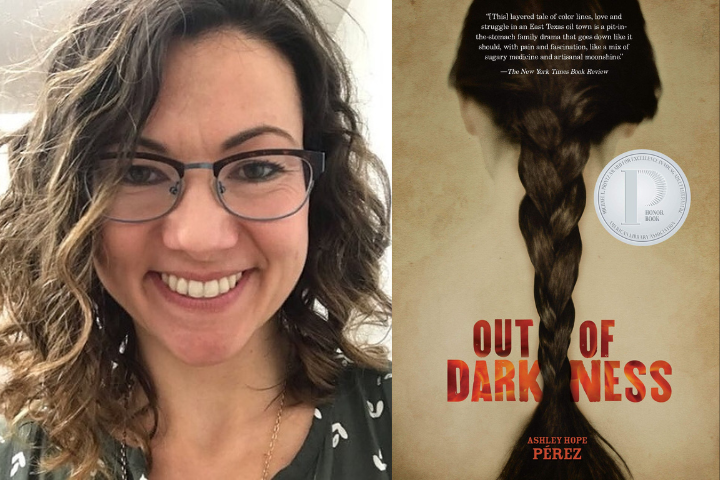 Ashley Hope Pérez wrote her historical young adult novel Out of Darkness to give voice to stories that had been silenced. So it’s painful for her to see her book among the many that have been banned as part of a wave of challenges washing over American schools.

Pérez, who is also a professor at The Ohio State University, spoke to PEN America about the experience of having her book caught up in the book-banning frenzy, and the need to treat the new movement as an urgent threat causing real harm to students.

“It needs to be shocking every time,” she told PEN America. “I don’t know actually how we find our way back if these attacks on young people’s access to books succeed. And I think that when we start subtracting ideas and experiences from young people’s education, we are failing them.”

PEN America: What does Out of Darkness have to say about silencing stories?

Ashley Hope Pérez: I grew up in a community about 20 minutes from New London, Texas, which is where the book is set. And there was a school explosion there in the 1930s that killed hundreds of kids. But when I was growing up, I never even heard about the event. There was a sort of silence around it. The view back then was that the best thing to do was just to move on. In researching the explosion, it became really clear how costly it is when we silence stories. By contrast, when we are able to speak about painful stories, we have the chance to support each other’s healing. So when I reflect on where Out of Darkness comes from, it comes from a place of wanting to honor and bring attention to stories that have often been silenced.

What is it that you think made Out of Darkness a target for book bans?

The banning of Out of Darkness is a new thing. It was published in 2015, and for more than half a decade, there was not a single challenge to this book. I think the reason that Out of Darkness has attracted controversy or become a target for book banning has to do with adult discomfort. There’s a clear line from adults being afraid to have certain conversations with young people — being afraid to have their values questioned, for example — to efforts to control what young people are reading. And what we know about young people is that they are ready to have these conversations. When we take away the books that hold space for those difficult conversations, we’re really taking away the resources young people need to navigate realities that they still have to confront, whether or not that book is there.

It almost feels quaint to ban a book when kids have the internet and their phones right in front of them.

Yeah. I mean, it’s a performance. Sometimes the people who are bringing these challenges don’t even have kids in schools where the books are. That really is, to me, emblematic of this being about pushback and power. About certain communities asserting whose voices and stories get to matter. I think that there’s a way that the books function as symbols of certain identities that right-wing groups are defining themselves against. And because we are in a moment where you can’t show up at a school board meeting and say, “I don’t want my kid to go to school with queer kids or Black kids,” this is a vehicle. To say “this book is filth,” is a way of signaling disapproval of certain identities or sending a message of exclusion to kids from already marginalized  backgrounds. And it’s very effective. Kids feel that their own community doesn’t welcome them.

What would you say to somebody who thinks your books are inappropriate?

My response first and foremost to this claim about any book would be, have you read it completely? Have you read the entire book? Do you understand what the author might be trying to do? And then my second line of questioning would be, have you thought about how this book provides a resource to young people? What kinds of conversations can they have because this book exists? I know that there are folks who will keep coming back to, “It just shouldn’t be there. It just shouldn’t be there.” Well, there’s a lot that exists in the world that I wish were different, but simply concealing representations of those experiences or those harms doesn’t make them go away in the real world. It just means that young people don’t have the chance to talk about them.

What would you like to see people do, who care about free speech and about books?

I think that one thing we need to do is be very vocal, and not just vocal in school board meetings, but vocal in talking to our neighbors and folks in our communities. Find your allies, for sure, but also start conversations with people who may not be as passionate about access to literature. Talk with them about how these challenges are diverting resources away from learners. Because if the librarian has to spend their day looking through the catalog for the 300 books that someone has flagged, they can’t be helping young people who need to write their research paper.

It must be harrowing at this point for librarians.

And that’s part of the goal, right? The goal is to make the book challenges unnecessary because the climate is so hostile that librarians, out of a sense of self-protection and simply wanting to not be called a pedophile or a groomer, will voluntarily not purchase materials that might be seen as controversial, even though they know someone in their building needs that book. That’s what we can’t let happen. We have to keep showing up and supporting librarians and teachers so that they can advocate for kids and what they need. 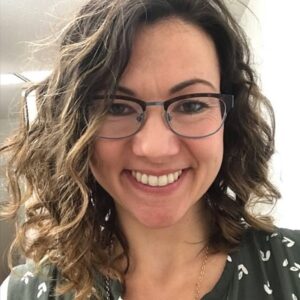 Ashley Hope Perez is the author of Out of Darkness, which won the Michael L. Printz Honor, and an assistant professor teaching world literatures at The Ohio State University.

Authors are being disinvited from school visits. It's happening all over, not always publicly. Seems to frequently be b/c of a single parent's complaint, controlling what all kids and families can learn. A shame for both the authors and students alike. https://www.al.com/educationlab/2023/01/hoover-schools-cancel-black-history-month-author-visit-after-parent-complaint.html

School librarians vilified as the ‘arm of Satan’ in book-banning wars https://www.latimes.com/politics/story/2023-01-27/school-librarians-vilified-as-the-arm-of-satan-in-book-banning-wars

I have been thinking a lot of educational gag orders. @PENamerica is a great resource. https://pen.org/issue/educational-censorship/

Almost forty years ago, I took an undergraduate history class on WWII with Professor Larry Gelfand, a well-respected teacher and scholar @uiowa. 1/