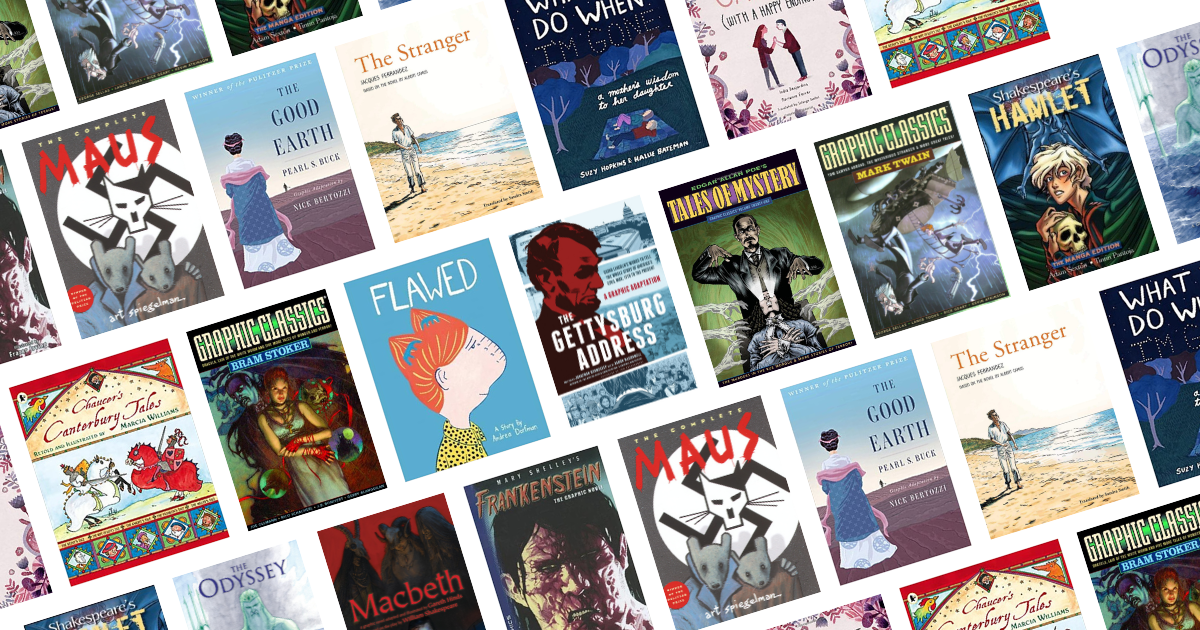 The authors and illustrators have all had books banned in Missouri or in other parts of the country in the past year.

Missouri schools pulled at least 297 books from shelves this fall, including Spiegelman’s graphic novel about the Holocaust, Maus, and graphic novel adaptations of George Orwell’s 1984, The Bible, and the Gettysburg Address, according to tracking by PEN America. The overzealous book bans appear to be a response to a new Missouri law that contains a provision establishing a criminal penalty for providing “explicit sexual material” to students.

The bans in Missouri represent a grave threat to the freedom to read and will affect students across the state. And they are just one example of a larger effort to censor books in schools across the US that continues to evolve, with mass removals of books, new legislative proposals targeting publishers, and the passage of restrictive school district policies. 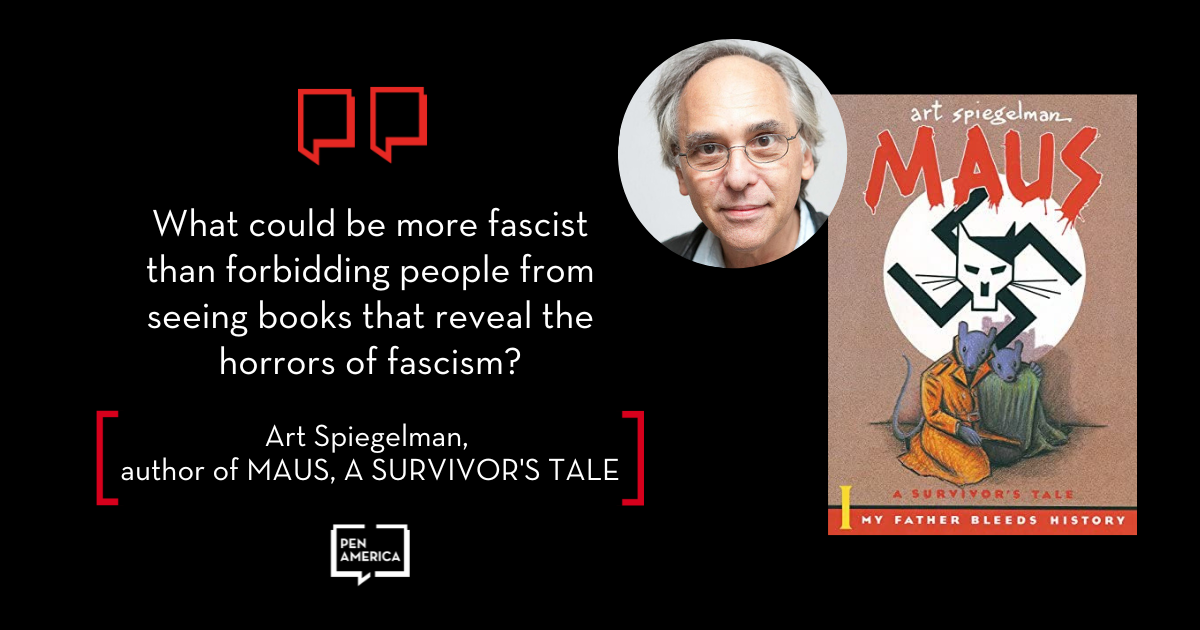 What prompted the bans?

Missouri’s Senate Bill 775 –  a law concerning the rights of survivors of sexual assault –  went into effect in August. An amendment to the bill classifies the act of “providing explicit sexual material to a student” as a class A misdemeanor for any person affiliated with a school in an official capacity.

In apparent response to the amendment and to the threat of prosecution it poses, at least 11 school districts have temporarily or permanently banned hundreds of books, seemingly purging their shelves to avoid running afoul of the bill’s provisions.

A spokeswoman for Kirkwood School District, which banned 14 books, told the St. Louis Dispatch: “The unfortunate reality of Senate Bill 775 is that, now in effect, it includes criminal penalties for individual educators. We are not willing to risk those potential consequences and will err on the side of caution on behalf of the individuals who serve our students.”

Which books were banned?

PEN America has tracked all 297 publicly-documented book bans across Missouri.

Graphic novels, comics, and books containing photography were particularly targeted in Missouri schools. The new law prohibits “any visual depiction” of a range of listed sexual acts. Books about the Holocaust and art history were also affected. Per one analysis, more than half of the books are about or written by LGBTQ+ people or people of color. 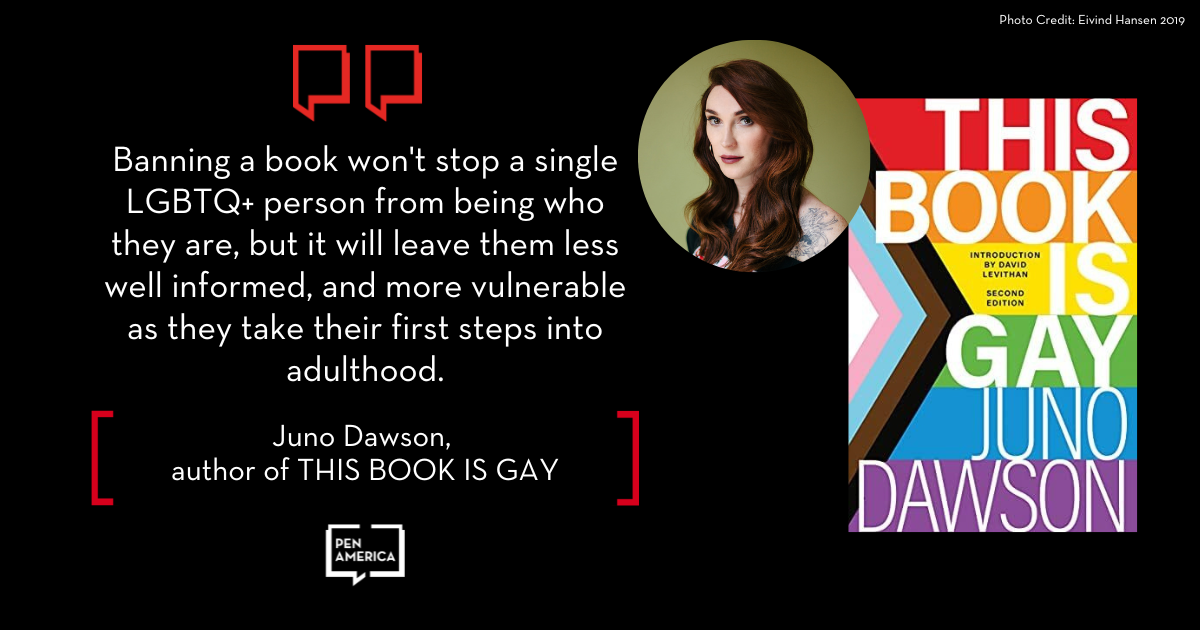 While most districts banned 22 or fewer books, an administrator in the Wentzville School District  directed librarians in August to remove any materials matching the language of the law, writing, “If you come across a text that needs to be removed …pull the book from the shelf.” As a result, individual schools collectively pulled more than 220 books for an indeterminate period of review, including:

What can be done?

Authors and illustrators have joined PEN America in opposing the book bans occurring across Missouri in an open letter to Missouri school boards. The letter calls on school district officials across the state to reverse these dangerous bans, and to put materials back on shelves where students can regain access to the banned books.

Further reading: How to take action against book bans.

There has never been a better time to join PEN America. Get your Reader Membership for only $50 and gain discounts to publications and communities such as Feminist Press, Ploughshares, Catapult Writing Classes, and many more! https://pen.org/membership/

In a comprehensive report on representation and racial equity in the trade book publishing industry, we found deep and persistent obstacles to bringing more titles by authors of color to commercial success. Read more:
https://pen.org/report/race-equity-and-book-publishing/

This year, a book about babies ended up on the #BannedBooks list in Florida. Our expert @jonfreadom explains how.
#FreedomToRead