When the sudden uptick of book banning began during the pandemic, it became clear to me that a few of my favorite authors’ works would see the guillotine. So I wasn’t entirely surprised when Chimamanda Ngozie Adichie’s Half of a Yellow Sun was challenged and banned from a reading list in Michigan high school.

A Nigerian-American writer and speaker, Adichie is known for stories that delve into pain, love, and the complexity of human existence, sometimes challenging religious and political authorities. And because her work gives every perspective a chance, it can make some people uncomfortable.

Set in Nigeria in the 1960s and 1970s against the backdrop of the Nigerian civil war, known as the Biafran war, Half of a Yellow Sun centers on twin sisters Olanna and Kainene — Ibo elite —  in an exploration of  race, culture, colonialism, violence, politics — and loyalty and love.

When I first read Adichie’s Americanah, I felt transported. Her clear, crisp and melodic writing style made me  feel like a warm blanket was placed over me whilst sitting in a cold, dank room. As a Black immigrant woman living in the U.S. I felt  “seen” and “heard” when reading her work. Adichie’s character Ifemelu leapt off the page, held my hand, and whispered to me “you are not alone in this,” at a time in my life when I wasn’t sure how I fit in American society. I began to devour her work — short stories like “Apollo” and “Private Experience,” essays like “We Should All Be Feminists,” and novels like Purple Hibiscus and Half of a Yellow Sun.

There need to be spaces for Americans to learn about Blackness outside of an American context. Black people come into this country with histories of their own. While there were race riots here in the U.S. in 1967, the Biafran War was going on in Nigeria. War is violent. Black history is violent. Even the current Black experience in America is violent. Denying students age-appropriate opportunities to read Half of a Yellow Sun in classrooms because the truth is too violent is denying them the opportunity to understand the truth of their friends, their neighbors, and in some cases, their own history.

According to a report by PEN America, educational gag orders in 15 states target the discussion of sex and race. At PEN America’s recent symposium, “Words on Fire: Writing, Freedom and the Future,” Adichie mentioned the obsession with “comfort” that seems to be perpetuated in America.

“I learned that in conversations about America’s difficult subjects – like race, like income inequality – the goal is not truth, the goal is comfort. Comfort for all, ostensibly, but in reality comfort for the most powerful,” she said.

Let’s face it, books that are currently being banned or challenged simply make the challengers uncomfortable. Why are they uncomfortable? Usually, it’s because they do not want to face the stories of people who are not like them. Or worse, they’re unable to come to terms with their own biases. No one wants to face the harsh reality of being “that person” – being racist, sexist, homophobic or xenophobic.

As an author who unearths truths people are often not ready to face, Adiche has been consistently challenged.

Half of a Yellow Sun elegantly gives an empathetic, 360-view of a polarizing part of Nigeria’s history that the western world has simplified as a religious war, ignoring the ethnic, political, social, and economic strife at its root.  I learned exactly what Adichie has spoken about in her famous TED talk — “The Danger of a Single Story” – that a single perspective, repeated, can turn into accepted truth. . For many young people, schools are the best places to be exposed to literature and  to lessons of tolerance, acceptance, and respect for people who are different from them.

I recently read a publication from George Washington University, which stated the American Founding Fathers “believed strongly that preserving democracy would require an educated population that could understand political and social issues and would participate in civic life, vote wisely, protect their rights and freedoms, and resist tyrants and demagogues. Character and virtue were also considered essential to good citizenship, and education was seen as a means to provide moral instruction and build character.” What is the introduction of books to young children if not to prepare them for civic life and build good character to live fairly and harmoniously with their fellow man?

As I sat at my writing desk taking in the sounds of the last days of summer through my window, I thought carefully about the “protect their rights and freedoms” part of the Founding Fathers’ reasoning for wanting an educated population. There are many reasons students should have access to literature, even difficult literature, and be encouraged to read avariciously, but access to literature to teach them how to protect their rights and freedoms is right at the top of the list. I took out my copy of Half of a Yellow Sun to read it again; to get washed in the lives of all the characters, especially Ugwu, a houseboy from an impoverished village who at the start of the novel only had a second-grade education but was given the opportunity to learn more.

Without access to works by authors like Adichie, Toni Morrison, Margaret Atwood, Jason Reynolds, Aisha Saeed, and more we are setting our children up for failure in life. As we increasingly face a barrage of censorship attempts by groups to have more books banned in schools, I think about how much American students will be at a disadvantage, with each generation becoming more intolerant to each other and lacking empathy and the ability to understand the complexities behind  single stories. As Odenigbo said to Ugwu in Half of a Yellow Sun, “There are two answers to the things they will teach you about our land: the real answer and the answer you give in school to pass. You must read books and learn both answers.”

“I will give you books, excellent books.” 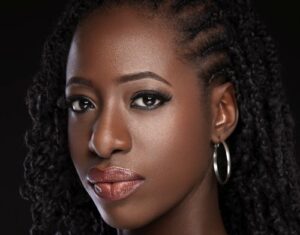 Keishel Williams is a Trinidadian-American editor, literary writer, and book critic. Her work can be found in publications such as Washington Post, Wall Street Journal, Literary Hub, NPR, Insider, Rumpus and more.