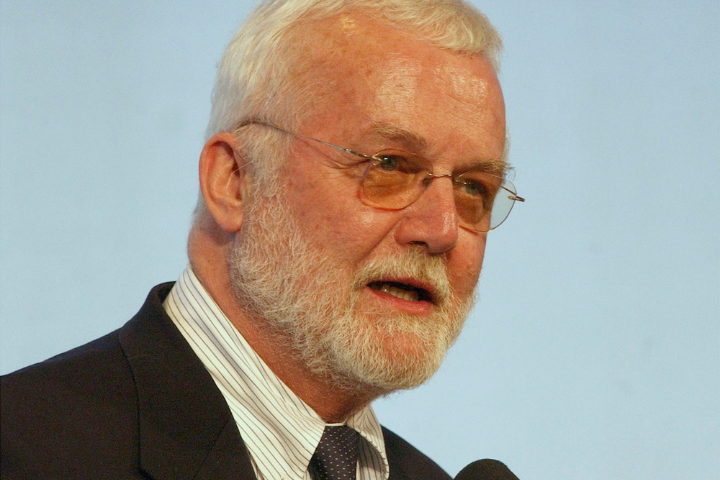 PEN America paid tribute on Monday to novelist Russell Banks, a longtime advocate of free expression and member of PEN America, who died over the weekend at age 82.

“We lost a giant of American literature and a close friend of PEN America,” said Clarisse Rosaz Shariyf, Chief Programming Officer of Literary Programming at PEN America. “Russell Banks was raised in a working class family in New England and gave voice to their struggles in his monumental novels that captured the hopes, dreams and regrets of working class men and women in the modern era. He also lent his voice to the fight for free expression. His words left the world a better place, and our hearts are with his wife, poet Chase Twichell.”

Banks died at his home in Saratoga Springs, N.Y. His literary agent, Ellen Levine, told The New York Times the cause was cancer.

Banks, born in Massachusetts in 1940, is the author of 21 works of fiction and nonfiction, including the novels Continental Drift, Rule of the Bone, Cloudsplitter, and Lost Memory of Skin, as well as five short-story collections. Two of his novels, The Sweet Hereafter and Affliction, were made into award-winning motion pictures.

In his work with PEN America, Banks spoke out in defense of journalists around the globe and used his voice to amplify the works of those who were barred from coming to America.

In a PEN America panel discussion, The Real Story: Literary Fact and Fiction, Banks discussed the difference between writing fiction and nonfiction. He said unlike journalism or nonfiction, fiction and poetry “has no subject.”

At the PEN America World Voices festival in 2006, Banks read the words of Graham Greene for an event featuring the work of writers who had been barred from the United States. The following year, Banks paid tribute to James Baldwin, whom he called “instrumental in creating my mind.”

“Baldwin’s words, his language, trickled into my ear, and became an inner voice that woke me suddenly from a long, mind-numbing, conscience-killing slumber.”

In 2011, Baldwin read testimony from formerly secret documents as part of “Reckoning With Torture: Memos and Testimonies From the ‘War on Terror,’” an event from PEN America, the ACLU and the Film Society of Lincoln Center.

PEN America spoke out about censorship of Banks’ novel Continental Drift, a finalist for the Pulitzer Prize in 1986, in a school in Brooklyn, N.Y. Banks noted at the time in 2003 that Continental Drift is widely taught “in communities where there are large immigrant populations.”

“The central themes and characters of Continental Drift and the overall arc of its two interlocking stories deal directly with the social, racial, and cultural realities that contemporary teenagers must deal with every single day. This is especially true for teenagers living in Brooklyn, NY, who must confront in a personal way the very issues of immigration and class and cultural collision that my novel dramatizes and explores.”

Banks won many of the literary field’s most prestigious awards, including a Guggenheim Fellowship, National Endowment for the Arts Creative Writing Fellowships, the Literature Award from the American Academy of Arts and Sciences, the Ingram Merrill Award, the St. Lawrence Award for Short Fiction, the John Dos Passos Award, and the O. Henry and Best American Short Story Awards. He was also a PEN/Faulkner Finalist (Affliction, Cloudsplitter, and Lost Memory of Skin), a Finalist for the Andrew Carnegie Medal for Excellence in Fiction (Lost Memory of Skin), and twice a Pulitzer Prize Finalist (Continental Drift and Cloudsplitter).

Banks was a member of the American Academy of Arts and Letters and is past President of the International Parliament of Writers, as well as the founding President of the Cities of Refuge North America.

He was the Howard G. B. Clarke University Professor of Humanities, Emeritus, at Princeton and served as New York State Author from 2004-2008.