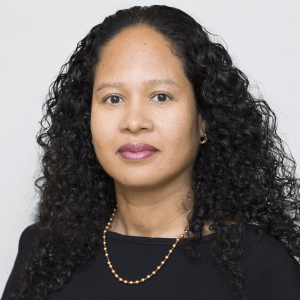 Clarisse Rosaz Shariyf has served as PEN America’s senior director of literary programs since September 2015. She oversees curation, production, audience building, and strategy for a range of programs and initiatives honoring literary excellence, lifting writers whose voices need to be heard, and curating public programs featuring American and international authors and artists. Formerly, as the manager of public programs at the Schomburg Center for Research in Black Culture, The New York Public Library, she produced a year-round schedule of panel discussions, performances, film screening, and symposia spanning the history and culture of the global Black experience. She oversaw audience development, public engagement strategies, and cultural community partnerships. She launched the Center’s innovative digital programming strategy with groundbreaking conversations on contemporary social justice issues with leading edge writers, artists, and scholars. She held prior appointments at Justice and Sustainability Associates, Washington, and Bates College, Maine. She holds an MA in Social Sciences from the University of Chicago and an MA in English Civilization from the University of the French West Indies.

Iranian human rights lawyer and #FreedomToWrite honoree Nasrin Sotoudeh is on Day 46 of hunger strike in Evin prison. We continue to stand in solidarity with her. Join 5,700+ people including @AmirSoltani2020 in calling to #FreeNasrin.

During the pandemic, PEN America continued introducing new emerging voices of international writers through @penworldvoices. Listen to Russian poet from Chechnya Lolita Agamalova in our series "Writers in Residence": https://bit.ly/3cv0WY2.

Women, many of them students, are speaking out against a patriarchy that controls the military, the monarchy, and the Buddhist monkhood, Thailand's most powerful institutions. https://nyti.ms/3i4SUpQ