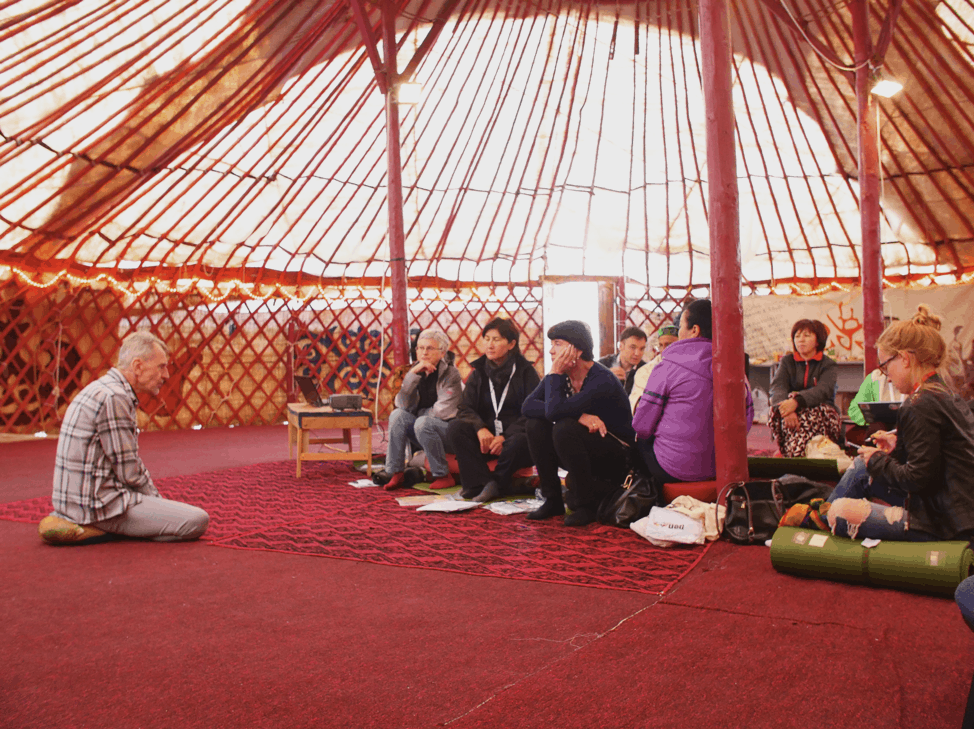 A convening of regional PEN centers in Bishkek, the capital city of Kyrgyzstan, and Lake Issyk-Kul took place on August 27 until August 30, 2018. The participants included authors and journalists from regional countries, such as: Tetiana Teren and Mykola Ryabchuk from PEN Ukraine, Natalia Rak and Taciana Niatbaj from PEN Belarus, a dozen members and board members from PEN Central Asia, and PEN America’s Polina Kovaleva.

The purpose of the meeting was in part for the writers to share each country’s best literary practices, as well as to exchange knowledge, to discuss the situation of free expression and literary freedom with colleagues, and ultimately, to look for potential ways to collaborate. 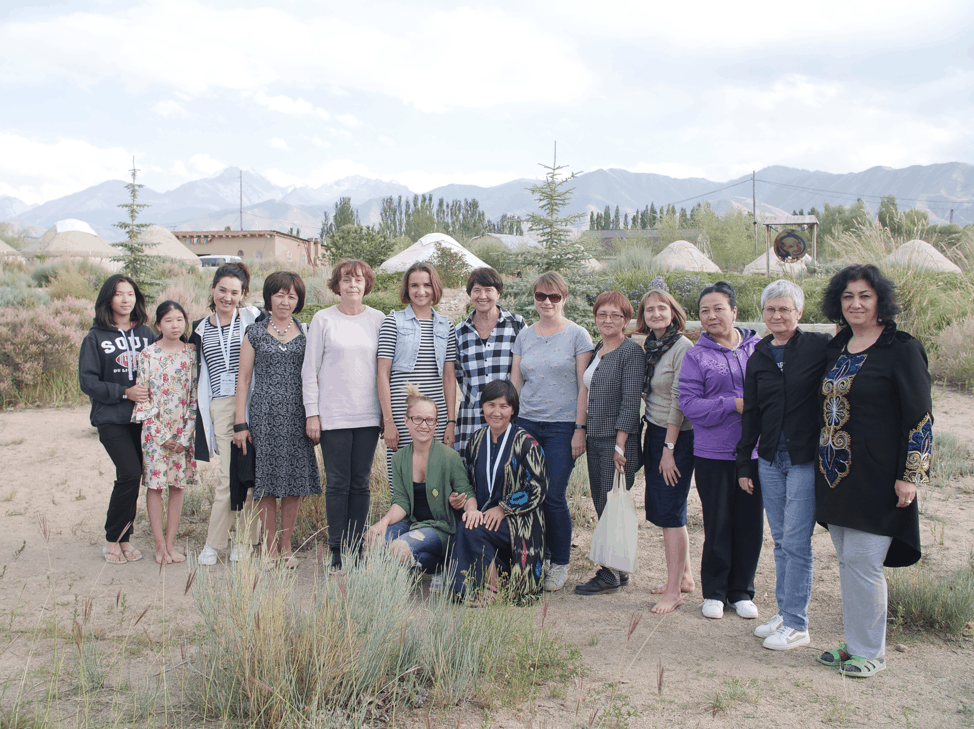 Participants in the yurt encampment in Tosor, Kyrgyzstan

The participants initially stayed in Tosor, a small mountain town along the banks of Lake Issyk-Kul, in an encampment composed of yurts. Each evening ended with readings from the participating authors, with a following discussion of the specific regional literary traditions of the presented works. One of the writers in attendance was Osmanakun Ibraimov, the former Kyrgyz Secretary of State under Akayev, as well as a professor and author of a book on renowned Kyrgyz author, Chinghiz Aitmatov. Ibraimov discussed his new book, which offers a new perspective on the life and works of the legendary author. 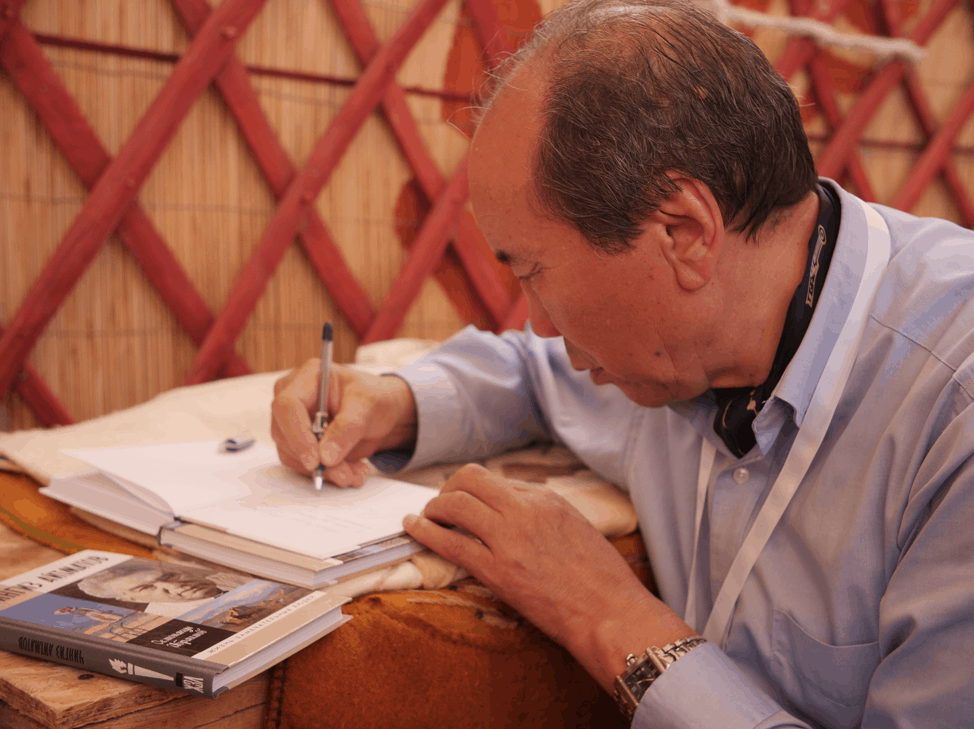 Ibraimov signing a copy of his biography of author Chinghiz Aitmatov

Also in attendance was poet and translator Svetlana Suslova, who presented her translation of the traditional Kyrgyz epic poem The Epic of Manas, an example of the rich oral tradition of Kyrgyz literature, while discussing the difficulties she encountered in attempting to translate it while preserving its traditional distinguishing qualities. The trip ended in the Kyrgyz capital city of Bishkek, where Osmanakun Ibraimov was elected president of PEN Central Asia. 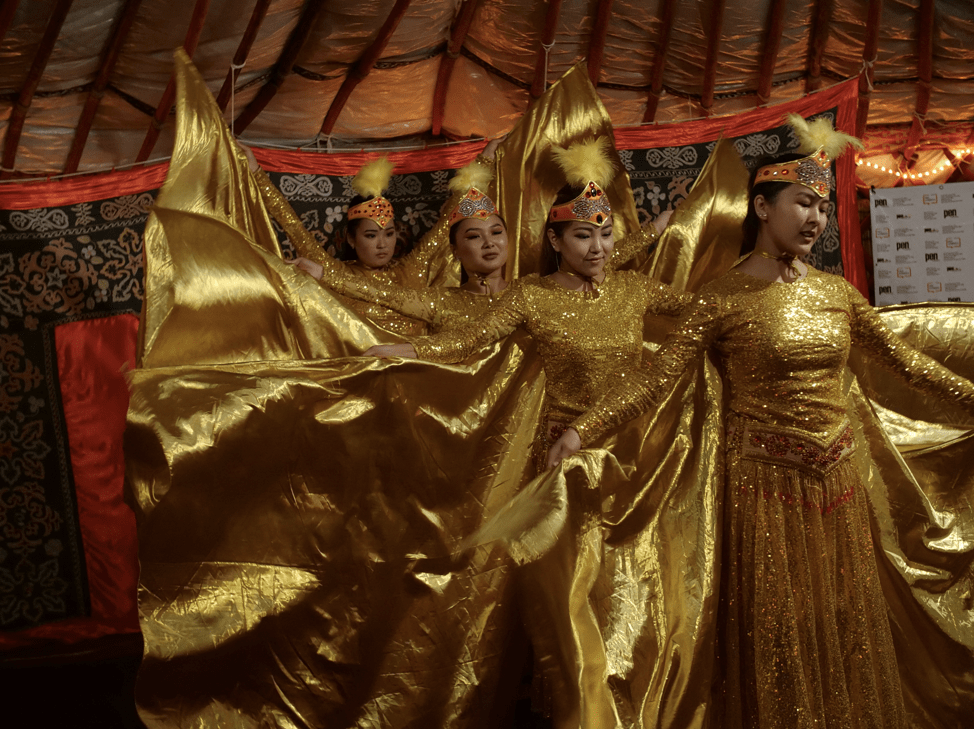 Kyrgyz cultural ensemble giving a performance on the final night