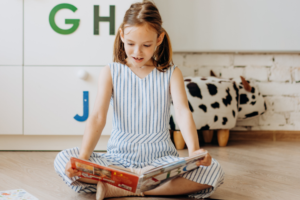 PEN America today sent a follow up letter to the officials of the Hinds County School District, concerning the ongoing adjudication of the decision to terminate former Gary Road Elementary Assistant Principal Toby Price in March, for reading the book, I Need a New Butt, to a group of second graders on zoom. The letter responds to a press release from the district from March 28, 2022, in which district leaders continued to argue that there was a fair, reasonable rationale for terminating Mr. Price for reading a silly children’s book.

As we state in today’s letter, Hinds County officials have” failed to articulate a consistent, objective, enforceable standard” for Mr. Price’s termination, and “The fact that it is so difficult for the district to identify such a standard is itself evidence that Mr. Price’s choice of reading material is not cause for termination.”

The letter also takes issue with an apparent “campaign of character assassination” employed by the district to discredit Mr. Price by referencing matters from a previous job, which in actuality have no bearing on the matters at hand. In the context of “a climate in which teachers and librarians are being cast as criminals, and even the act of reading a book is being framed as illegal or deserving of punishment,” the letter concludes by asking district officials to be “responsible stewards of public education,” and stand up to the current wave of censorship in education, “rather than contributing to and worsening it.”

To the Officials of the Hinds County School District,

PEN America has reviewed publicly available information about the termination hearing for Gary Road Elementary School Assistant Principal Toby Price held in March 2022, as well as the public statement issued by the district on March 28. No evidence has been presented in these venues that would alter our original conclusion about the case: that your decision to terminate Mr. Price represents “a threat to the freedom to read, learn, and teach, which should be protected and upheld in schools.” We urge you to reverse Mr. Price’s termination and restore him to his position at Gary Road Elementary.

The district’s March 28 statement argues that the words and illustrations in Dawn McMillan’s book I Need a New Butt are “inappropriate for an educator to read and display to second graders” because “some students may accept the material as if it is normal and proper to use such material in everyday language.” We disagree. Nothing that appears in the book will be news to any second-grader. They are all well aware of their own bodily anatomy and bodily functions. And they are well aware of the difference between a silly book and what they are allowed to say and do in class or at home.

According to the standard the district is proposing to enforce, any book mentioning or including behavior that would not be acceptable by a student in a classroom should not be read to students at any time. But many books, for every age group, involve conflicts that would not be acceptable to enact in some households or classrooms. This is deeply flawed reasoning that would effectively bar teachers from reading to students any book about morals, ethics, learning from mistakes, or even historic injustices.

Once again, the district has failed to articulate a consistent, objective, enforceable standard that Mr. Price violated by reading I Need a New Butt on zoom. The fact that it is so difficult for the district to identify such a standard is itself evidence that Mr. Price’s choice of reading material is not cause for termination.

The March 28 statement also charges that, because Mr. Price allegedly was not going to be rehired at his previous institution, this indicates that he had been “disciplined” there. On the contrary, no evidence of discipline or misconduct has been presented at the hearing or anywhere else, and this issue was not even raised in Mr. Price’s formal termination letter. As presented, these insinuations amount to a campaign of character assassination that appears quite irrelevant to the matter at hand.

Ultimately, the case against Mr. Price comes down to his having read a silly book that made district administrators and some teachers uncomfortable. That decision might merit a conversation, but it most assuredly does not merit termination.

You must also be aware that in firing Mr. Price for such a spurious reason, you are contributing to an unprecedented national campaign of censorship that is casting a pall over school libraries, school classrooms, and educators. Terminating Mr. Price on this basis risks compounding the chilled climate for teaching, for creativity, and for honest conversations with students, which is already setting in around classrooms in Mississippi and the country. This is a climate in which teachers and librarians are being cast as criminals, and even the act of reading a book is being framed as illegal or deserving of punishment.

We hope that as responsible stewards of public education, you will understand the importance of standing up to this wave of censorship, rather than contributing to and worsening it.

We sincerely hope that you reconsider and reverse Mr. Price’s termination without delay.