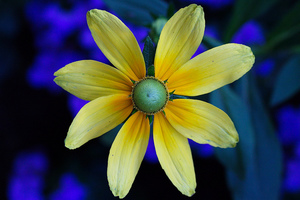 On March 1, the Council of the Russian Federation backed the Russian President’s appeal to take exhaustive measures to protect Russians in Ukraine, going as far as the introduction of Russian armed forces onto Ukrainian territory. On that same day, in the regional capitals of Western Ukraine, pro-Russian rallies instigated by city authorities took place. Participants in the rallies in Kharkov, including people who had been brought in on buses with Russian numbers, stormed the regional administration building and beat up the Euromaidan supporters inside, including the famous writer Serhiy Zhadan (he was taken to the hospital with a fractured skull, a concussion, and a possible broken nose). A Russian citizen and resident of Moscow climbed onto the regional administration building and installed a Russian flag.

Officially, the Federation’s Council is guided by the alleged reports of numerous infringements upon the rights of Russians in Ukraine. If such reports exist, they should be made public and each one thoroughly studied.

We, Russian writers of Kharkov, want our voices to be heard, too: at work and elsewhere, we freely communicate in Russian, even with our Ukrainian colleagues. In any case, the questions under discussion about linguistics or nationality cannot be reasons for military intervention.

We, Russian writers of Kharkov and citizens of Ukraine, don’t need the military protection of another State. We don’t want another State—hiding behind the rhetoric of protecting our interests—to drive its troops into our city and our country, risking the lives of our friends and relatives. All we need is peace and a calm life. And the decision by the Russian Federation and its military invasion is a real threat to this possibility.