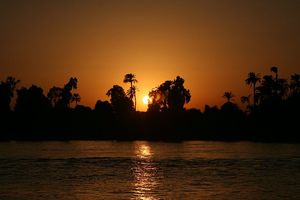 Where would I have found every single quote I needed for this article if Wikipedia did not exist? In one page, neatly strung in a row, I had the benefit of George Santayana, Winston Churchill, and Neil Postman on the subject, without further ado. That is all I need to tell you of what has taken me months to formulate in the midst of the din and the clamor and the lies and the counterlies and the utter impossibility of making sense of the world around me anymore. It occurred to me that what I needed was to know all I could find about the word “fanaticism,” in a capsule. Lately, I find myself resorting more and more to lexical basic definitions, as my grip on the world becomes more interestingly tentative and more precariously simple.

According to Wikipedia, Santayana defined fanaticism as: “Redoubling your effort when you have forgotten your aim.” In the words of Winston Churchill, a fanatic is “one who can’t change his mind and won’t change the subject.” Wikipedia got even better for my purposes when it quoted Neil Postman: “The key to all fanatic beliefs is that they are self-confirming … (Some beliefs are) fanatical not because they are ‘false,’ but because they are expressed in such a way that they can never be shown to be false.” Now what would anyone in my position hope to add to create in an English-speaker’s mind (of course I don’t mean the nationality) a fair and true picture of the mess of reality that we are witnessing in Egypt today? This speaks for my ineptitude, I am sure, but also for my modesty in the face of matters of great portent. All I can say with a good deal of confidence is that politics and its trappings (reports, analysis, talk shows, and images) are not the best way to even come close to any given situation that might be conducive to a semblance of imagining a solution that would actually touch, heal, or improve the lot of a people. Any people. I think it was my disillusionment with political action that led me to look to the dictionary more often and led me to revise history. Both preoccupations are very time-consuming and do not hold the least promise of bearing fruit in real soil, in a real land, or indeed in real time. That is often probably why writers become writers and poets are called dreamers. They can say all they want and depict all they can, fully knowing that their kingdom is not of this earth and so they can provide the bravest or most misguided or perfectly visionary solution. In other words, what I am telling you here has nothing to do with what is going on the ground in that place called Egypt and everything to do with what my very personal understanding of how writers can help in yet another unhappy plot of land.

Writers in my personal lexicon are a breed, not apart, but together. Together, they try to do all they can to tell the truth, the whole truth, and nothing but the truth. That takes a good dictionary and perspective. Sometimes, as shall be demonstrated here, perspective comes from history. History is good because it first appears to us as a “story.” A story can neither be true nor false. It can just be itself; as such, it tells us something more than the sum total of its parts.

The story I wish to tell is about a strange place. A thousand kilometer long oasis in the midst of a vast desert. A very long stretch of land that starts from the heart of Africa and reaches all the way up to the Mediterranean. It is flanked by the Red Sea to the east and dotted by a plethora of lakes towards the north where the delta of the divine river, Nile, fans out like the head of a papyrus. This is the oldest central state known in history: Egypt. I was born there. I know. Very much a part of the history of all empires, it never seemed to question its identity. It didn’t seem bothered by the question to begin with. This is Egypt. Everybody knows Egypt. Then something exceedingly interesting happened. Around the year 1928 (yes, that late), a young man decided that he was going to teach the world what he termed “Ostaziat al Alam.” He was going to tell the world who the real Master is, culturally and otherwise. He had deviated from the enlightened footsteps of another, a highly cultivated clergyman, Mohamad Abdo, who was a scion of rational, tolerant, sophisticated Islam, and in a gesture of defiant arrogance placed a pistol on the Holy Quran and gathered around him young ambitious men who formed a “brotherhood” and called themselves “Muslim.” Thereby they defined themselves in terms of opposition to an aristocracy that snubbed them and the aristocracy’s snobby agents, the copycats of every fad.

Cairo was now graduating top-notch scholars in all fields, while the oldest university in the East, Al-Azhar, was beginning to fall back, struggling to hold on to its heyday, when it had been the only institution of learning worth the name in the whole region. It admitted only Muslims, no women, and taught only religious hermeneutics but, to be fair, was not partial to one school of thought or one faith more than another. It was respectful of its traditions, and it was very traditional. The modern, liberal, Westernized body at the newly founded Cairo University looked down their noses at the university in whose schools they had been taught to read and write and parse and memorize and generally become literate The heart of the nation was beginning to crack and the pain was apparent in the literature of the time. But that was not when Egyptians first saw themselves as two nations, conservative, i.e., Muslim, and liberal, i.e., Westernized. “Muslim” did not denote conservatism for a long time and “liberal” didn’t by necessity mean Westernized, either, for the same extent of time.

Then the world changed. The dictates of change came from varied sources: a sense of loss after the 1967 war, an ill-advised financial move taken too hastily to placate the World Bank, consumerism and no production, and job opportunities in places where people’s way of life was stable, veiled and bearded and where the sexes were neatly segregated. And so eventually it came to pass that if you wear a veil (an unclear notion up until the 1980s), you belonged to one camp. If you wore Western clothes, you automatically belonged to the other. If you wore a beard and sported the mark of prayer on your forehead, you belonged to the camp of the faithful. If you didn’t, your loyalties were dubious. On the other side, the argument was pretty much the same: if you wore Western clothes and allowed the women in your family to do the same and mix with men, you were liberal, forward-looking. A good thing. That is neat polarization, but not reality. You may be veiled under peer pressure. You may sport a beard because it is the fashion. You may not do either and be more conservative in outlook than any of those who do. You may be clean-living and abstain from all “Western” notions of individual freedom but in the final analysis, you are what you “look.” You look pious, you belong to God’s fold. You look Westernized, you belong to the other. You call for democracy, then you are negating Islam. You call for the “Islamic solution” (becoming master of the world), you are the devil incarnate. The fight goes on. How to diffuse the hatred, the anger, the long history of mutual name-calling? Call in the armies? Deploy the warheads? Or call upon the writers of the world to address the issues encapsulated here but symptomatic of humanity in crisis? How do we, today, do unto others as we would have them do unto us? What does that mean? It means no less than raising a cry across the world: Wake up! You have ruined your planet, by greed and factionalism, by selling arms and taking sides with those who will do the killing for you. You have divided your world into those who look like us and those who don’t and have, due to some skewed logic, taken sides with those who don’t look like you because you are good and honest people who will now side with the underdog. Now the underdog carries a gun and a grenade and is full of fanatic obsessions. He is facing another underdog who is just as full of fanatic obsessions and is not carrying anything because he is moving on an empty stomach. How will you wean the one away from his toys with which he intimidates both those who like him and those who don’t, and then wean away the other from stealing, robbing, and killing because he is hungry?

Now we’re back to the aims that have been forgotten, and those who can’t change their minds and won’t change the subject. Now we pose the most difficult question of all: How do you act on the courage of your own convictions if you do not know what those convictions are? The solution is either global and universal, as Amin Maalouf once said, or it is not at all.

Now is the time for those who have learned the lessons and fought the battles and know better to lend a helping hand. Not piece-meal, not in any “exchange,” not to appease an uneasy conscience, not to win over, but to truly and authentically undo the damage that has been done over a century of greed and disrespectful attitudes and sleight-of-hand politics and general self-serving, immoral, irresponsible, wholesale shirking of the facts on the ground. Egypt is just one example. There is the whole of Africa, the whole of Asia, the whole of the world—barring Europe and North America? No, even there. Now is the time for genuinely applied pressure by you, the bearers of the most sacred of humankind’s mysteries: those of the pen.