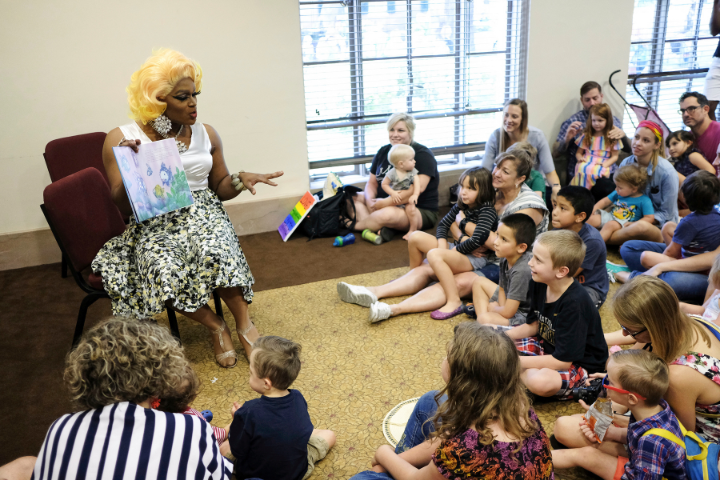 A wave of bills restricting free expression is building in state legislatures. This time, the target is drag performances.

In the first weeks of the current legislative session, legislators in eight states have introduced legislation aiming to restrict or censor drag shows. A total of 14 bills have been introduced across Arizona, Arkansas, Missouri, Nebraska, South Carolina, Tennessee, Texas, and West Virginia.  Other bills appear to be being drafted, including in Montana and Idaho.

This introduction of anti-drag legislation dovetails with a rise in political rhetoric about drag performances and drag queen story hours in public libraries in numerous states, and a growing number of recent protests at drag events, some of which have turned violent.

The focus of these anti-drag bills varies from state to state, but share some common provisions:

This is certainly not the first time governments have attempted to prevent people from wearing their preferred clothing when they perform in front of an audience. Laws criminalizing dressing in clothing customarily worn by the gender to which a person was not assigned at birth were common, and commonly enforced, in the 19th century. These were unconstitutional restrictions on expressive rights and used to disproportionately harm the LGBTQ+ community then, and they remain so now.

These attacks on drag shows and performers strike at the heart of our rights to gather, read, and perform together. Drag shows are an exercise of artistic and creative expression that should be free from government suppression. 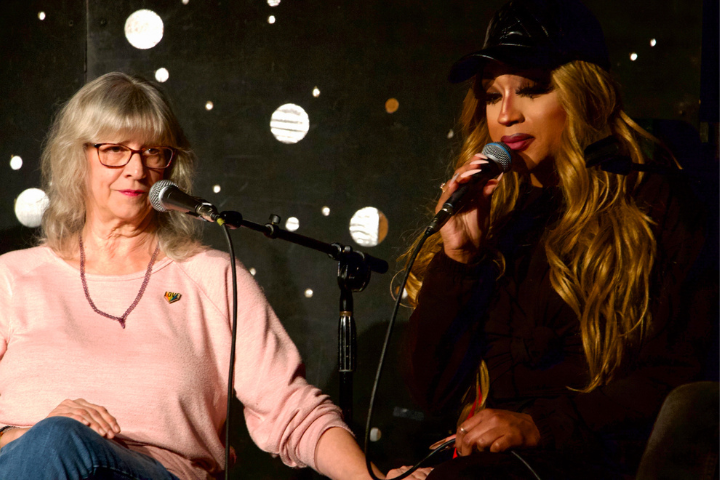 Lauren Mathers, director of Sandhills Pride, left, comforts drag queen Naomi Dix as she tears up while recounting the threats she received leading up to a recent drag performance on Thursday, Dec. 8, 2022. (AP Photo/Hannah Schoenbaum)

In the United States, there is a long and rich history of drag shows in the queer community. The first known drag balls happened in Washington, D.C. in 1888. Since then, drag performance has influenced culture around the world including the documentary Paris is Burning, Madonna’s music video for her song, Vogue, the musical, La Cage Aux Folles, the recent television series, Pose, and Beyonce’s entire latest album, Renaissance–to name just a few examples. Any attempt to ban or restrict these performances is an affront to the First Amendment and to the principles of free expression that have allowed culture and the arts to flourish in the United States.

And if that were not enough, these bills would do more than just deter or ban drag performances. The bills often define drag as anyone performing in clothing or in a manner different from the gender assigned to them at birth. That definition appears to extend far beyond drag shows to include any performance by a trans person. Music acts that have trans members might not be able to find any venue for performing in these states completely, even if the band’s music and performances are not what anyone would consider to be a drag show.  Trans actors might not be able to appear in a production of Our Town or perform a reading of a cookbook they authored unless the host venues complied with regulations for “adult businesses”.

Even more broadly, some of these bills could also mean, for example, that if a local theater were to cast a woman as Peter Pan — a role Sandy Duncan played on Broadway in 1979 — the theater would become regulated as a sexually-oriented business. A theater could not stage a Shakespeare play in the same manner it was staged during Shakespeare’s time, which is to say, with men playing the roles of the female characters. High schools could not perform Twelfth Night at all under many of these bills. Classic and award-winning movies like Tootsie, Some Like it Hot, or even White Christmas, which all feature male-identified people wearing typically female-identified clothing, could not be shown in schools or libraries.

Many of these bills would also effectively ban trans authors from being featured in events at  public schools, or public libraries. And, the bills could additionally impact  women who wear pants or men who wear kilts. Read literally, under many of these bills, a man who wanted to read a story about kilts to children at his local library would not be able to do so while wearing one — without risking penalty either for himself or for the library. That may sound absurd; but this isn’t absurd for the many people who are being labeled dangerous or sexual or would be barred from having contact with minors, just because of their identity and the clothes they choose to wear to express it.

The dangers these bills pose to free expression could not be more clear. We hope legislators in these states will refrain from enacting these discriminatory and absurd bills into law.

PEN America is leading the Artists at Risk Connection (ARC), a project to safeguard artistic freedom in the US and abroad.