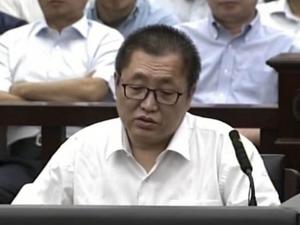 Chinese human rights activist Zhai Yanmin was given a suspended three-year prison sentence today, subject to a four-year probationary period, for “subverting state power.” Zhai is one of the dozens of human rights defenders who were detained, arrested, or otherwise targeted in a July 2015 government crackdown. Zhai was associated with the Beijing Fengrui Law Firm, which has taken on several high-profile rights cases and was heavily targeted during the crackdown on human rights lawyers last July. Additional trials—of activist Hu Shigen, lawyer Zhou Shifeng, and lawyer Li Heping—are expected to be held soon.

Yesterday, human rights lawyer Wang Yu, who worked as an associate at Beijing Fengrui Law Firm, unexpectedly appeared in a televised interview, claiming she was released on bail in July after more than a year in prison. Wang purportedly “confessed” in the interview to being under “foreign influence” during her practice as a human rights lawyer. She accused the law firm’s director, Zhou Shifeng, of deliberately working to disturb the Chinese government and refused to accept all human rights awards granted to her during her imprisonment.

In recent months, several prominent human rights advocates and other individuals accused of subversive activities have supposedly confessed to wrongdoing. These confessions have been met with widespread skepticism from experts and organizations focusing on Chinese human rights issues, who believe they are coerced by state authorities. For example, Hong Kong bookseller Lam Wing-Kee told news outlets last month that his own confession on state television—made after five months of solitary confinement—had a director and a script.