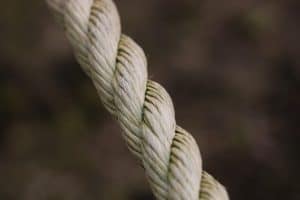 The following two poems are taken from the third issue of PEN America’s translation magazine, Glossolalia, titled, We Agree on Nothing: New Writing from China. These poems, written by Chi Lingyun, were translated for the magazine by Andrea Lingenfelter. To read the full issue, purchase a print or digital edition.

I Have No Other Country

Language becomes a tool for giving away secrets.
I hate it, but I have no other country.

I speak out, I am silent.
Some people in this world are more savage than monsters.

I lie sick, but no one’s healthier than me.
This relentless interrogation is rubbing away my voice.

My mouth and pen cannot spit flames.
My eyes alone are etching a deep place, drop by drop.

It all proceeds on the quiet. Some are afflicted with dwarfism,
cold arrowheads circle in the sky.
I can’t begin to explain what happened,
I can only lament that my poems are so few in number.

I Wear a Belt of Hempen Rope

The sky peels away in layers. You emerge from the fire
dazzling but pliant, your body keeping rhythm
so you won’t lose your way, and I follow
the pure white ash. I’m afraid I’ll fall in love with this ritual:
an empty sky
holding an empty heart.

Together at your funeral, we passed
difficult hours.  I know
it’s no use cursing, what’s gone is gone.
But you must be able to see the rope around my waist
as I circle the coffin that’s adorned with multicolored streamers;
one end of the rope is me, the other is ash.

Now, I am the daughter of fire,
following your cadence.  Your broad
strides, muted voice
rushing onward.  But your breathing keeps time
with mine.  Eternal silence
in the bitter air.

Chi Lingyun uses her position as a news editor in Wenzhou to gather material and inspiration for her poetry. Well-known for her active poetry blog, much of her work directly confronts the political and emotional reality contemporary Chinese citizens face. There is also an understated feminist theme running through her work, which expresses itself in a variety of potent ways. With the exception of one feature in Chinese Literature Today, Chi Lingyun is largely unknown in the English-speaking world.

Andrea Lingenfelter is the translator of Farewell My Concubine by Lilian Lee, Candy by Mian Mian, The Changing Room: Selected Poetry of Zhai Yongming (2012 Northern California Book Award winner), and The Kite Family by Hon Lai Chu (NEA Translation Fellowship awardee). She is currently translating Wang Anyi’s multi-generational historical novel Scent of Heaven, and her translation of Wang’s novella “The Sanctimonious Cobbler” was published in 2016 (University of Oklahoma Press). Future plans include a 2018 residency at the Vermont Studio Center with Hong Kong-based poet Cao Shuying. She currently teaches transla- tion and Chinese literature at USF and is affiliated with Mills College’s MFA in Translation program.