Angela Davis-Gardner: “The Loss of the NEA or the NEH Would Impoverish Us All” 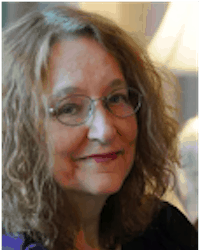 I had two grants from the North Carolina Arts Council—writing fellowships that were funded in large part by the NEA.

The first grant was awarded for my novel Felice, published by Random House in 1982. This was the start of my career, so it was hugely important to me. The novel was a critical success: front page review in the LA Times by Carolyn See; The New York Times review by Mary Gordon.  It was a Book of the Month Club alternate and was published in France (twice—in 1983 by Julliard and in 1993 by Presses de la Renaissance). The book was made into an opera by Benton Hess, a composer who teaches at Eastman School of Music; the opera has been performed numerous times. Felice was republished in paper in 2007 when I received a four-book contract from Dial Press (a new novel, Butterfly’s Child) and a reprint of my backlist of three novels. The encouragement and confidence that this initial grant gave me launched me into what has been a successful career.

The second NC Arts Council writing fellowship (also partly funded by the NEA) was for my fourth novel, Butterfly’s Child. This helped support research in Nagasaki, Japan, and the Midwest, the two settings of the novel.

This novel has also received wide praise from numerous newspapers, magazines, and online sites. Pulitzer Prize-winning novelist Jennifer Egan, writing in The Millions, called it her “book crush of the year.”

Quite aside from my own experience, this country’s artists, historians, and citizens badly need the NEA and the NEH. The percentage of the federal budget devoted to these two agencies is very small, yet the effects are enormous. The loss of the NEA and/or the NEH would impoverish us all.