Amanda Vaill: The NEH “Insists on Accountability and Excellence” 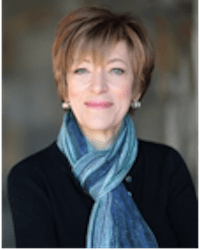 Amanda Vaill, author, Everybody Was So Young

I’ve participated in two projects that have received support from the National Endowment for the Humanities—projects that I humbly think benefited not just the considerable audiences who saw them but our understanding of American cultural history as well.

The first of these was a museum exhibit called “Making It New: The Art and Style of Sara and Gerald Murphy, which opened at the Williams College Museum of Art in the summer of 2007 before traveling to the Yale Art Gallery and the Dallas Museum of Art. The show encompassed art created by and for the Murphys (he was a highly regarded Modernist painter and they were friends and collectors of Picasso, Léger, and others) as well as letters between the Murphys and their friends (such as Scott Fitzgerald, Ernest Hemingway, Dorothy Parker, and the American Poet Laureate Archibald MacLeish) and objects the stylish Murphys had owned. It opened to great critical acclaim and during its run at Williams outdrew the neighboring Clark Art Institute—which had mounted a show of Impressionist work, usually a huge audience attraction—in attendance. It was equally well-attended in New Haven and in Dallas, where a number of special events were organized around its presentation—events which raised both the museum’s profile and its attendance figures.

Projects like this are expensive: Artwork must be loaned and shipped (in addition to moving costs, there is hefty insurance to pay for), curators and picture hangers and other museum personnel must be compensated, and catalogs and other informational and marketing materials must be produced. It’s possible “Making It New” would have happened without help from the NEH, but it’s unlikely. Most importantly, it might not have been as good without the scrutiny that accompanies an NEH grant.

Because the NEH doesn’t just hand out money blindly: It insists that the grantee field a panel of experts, to be approved by the Endowment, who must consult on and review the project at every step. This is one of the most valuable features of the NEH process: It involves a community of experts in every project, and it insists on accountability and excellence. It is the very opposite of wasteful spending, and it results in high-caliber work of which American citizens can all be proud. (I was one of the experts on this panel, having written the Murphys’ biography, the best-selling Everybody Was So Young, a finalist for the National Book Critics Circle Award in Biography.)

An NEH grant like the one that supported “Making It New” has other material benefits to the nation, however: By making the show possible, it creates a mini economic engine. Think, first, of the workers who drove the trucks transporting the artwork, the insurance companies underwriting the art loans, the workers in the museum gift shop who sold catalogs and memorabilia, and the printers and manufacturers who made those things. Then think of those who came to the show, traveling to western Massachusetts or southern Connecticut or Texas by plane or train or rental car, buying meals or other merchandise, paying for hotel rooms that they wouldn’t have spent money on if not for this opportunity.

The same sort of thing happened with my other NEH experience, the creation of the television documentary Jerome Robbins: Something To Dance About (2009), for which I wrote the screenplay. This was a two-hour feature film that examined the life and work of America’s foremost ballet choreographer and one of its most inventive theatrical directors: a man who practically invented a kind of dance to showcase “how Americans move, and how we are,” and who, with musicals and films like West Side Story and Fiddler on the Roof, changed how we thought of ourselves and our history (not to mention the possibilities of musical theater). It used archival film footage—some of it of State Department-sponsored tours that Robbins and his dance company had made in the 1950s and 60s as cultural ambassadors of the United States—and filmed testimony to create a dynamic portrait that won both an Emmy Award and a George Foster Peabody Award when it was broadcasted on public television.

Again a panel of experts was consulted at every step to ensure that the picture was historically accurate and balanced—an important issue when covering Robbins’s testimony before the House Un-American Activities Committee in 1953, for example. Again the result enjoyed both critical and popular success: in addition to the aforementioned (and other) awards and reviews, it was screened at numerous festivals and special events across the country, pulling substantial audiences whose related expenditures (food, lodging, travel, etc.) made a difference to the local economy. And the film—like the museum exhibit—provided employment and other compensation to all the many individuals who contributed to its creation.

The amount of money spent by the U.S, government to fund the NEH and NEA is so small, and the benefits so large and widespread, that calls to abolish the Endowments don’t even seem like penny-wise-pound-foolishness. They’re more like shooting America in the foot. I hope that PEN America will do everything in its power to fight this crippling budget proposal.