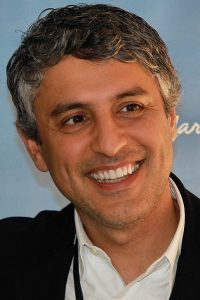 In response to reports that CNN has dropped Reza Aslan’s show Believer after Aslan criticized President Trump on Twitter, PEN America Executive Director Suzanne Nossel has made this statement:

PEN America is proud to work with Reza Aslan who serves as an adviser on our event series The M-Word focusing on Muslims in America.  While CNN is within its rights to hire and fire as it sees fit, the specter of a scholar and commentator being terminated from the network for a tweet insulting the President is concerning.  Aslan’s apology and contrition for his choice of words suggest that a less severe result might have been within reach. The bounds of permissible speech in a personal capacity for those with platforms on CNN and other networks are often unclear.  These ambiguities raise concerns regarding double standards, the potential for political and ideological pressure to play an outsized role in governing which voices are heard, and the risk that that speech is chilled as commentators seek to avoid crossing uncertain redlines.  We look forward to ongoing work with Reza and hope that his important perspective will continue to be heard.