Thomas Bender: “The NEH Began Over 200 Careers in Archives, Libraries, and More” 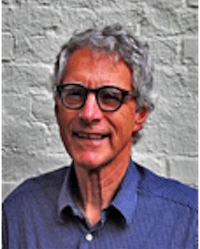 Thomas Bender, historian, writer, and Professor at University of California—Davis

I have benefitted from NEH funding for the following four activities.

The most important was the NEH support for the New York [State] Humanities Council.  I was involved with various programs—the most memorable one was traveling to several update towns with a documentary filmmaker (a film on the 1939 World’s Fair in New York) where we had quite diverse audiences, notably older people who had been to the fair and younger people who had never heard of it.

A few years later, I was elected Chair of the New York [State] Council for the Humanities—a period of hard times for state councils as there were substantial cuts to the NEH budget, including the funding for us. It seriously weakened our programs, but we managed to maintain most of the programs.

I also received grants from the NEH for the summer institute: one for high school American history teachers, held at NYU, and another for community college teachers, enabling them to exchange information about teaching American history while I provided them with readings that dealt with recent scholarship as well as materials that could be used directly by their students.

The last NEH grant that I directed, 25 years ago, was for creating an MA program in archives management in our history department at NYU. This program provided training for students to take up careers, and I would estimate that more than two hundred of these graduates became archivists for historical societies, libraries, businesses, government organizations, and nonprofits.