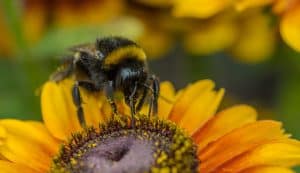 The following two poems are taken from the third issue of PEN America’s translation magazine, Glossolalia, titled, We Agree on Nothing: New Writing from China. These poems, written by Mu Cao, one of the few openly gay poets living and writing in China, were translated for the magazine by Jennifer Feeley. To read the full issue, purchase a print or digital edition.

Your brain is stuffed with
garbage from books the System crams into you
Since grade school you’ve been mastering songs of praise
—Oh, you busy bees
there’s so much we want to learn from you!

Are you the worker bees gathering nectar?
You’re sexless
like slaves or eunuchs
toiling away to feed that thieving drone
and whorish queen bee

Oh, you mindless stupid asshole worker bees
Quick, use your stingers to sting the grade-school students singing hymns
then learn from the dancing butterfly
learn from the moth that dives into a flame

Welcome to the AIDS Village

There’s no one selling tickets at Henan’s AIDS Village
Here, the people with AIDS
Outnumber the animals in the Beijing zoo
You just need to find the Beijing-Guangzhou line on a Chinese map
Get off at Zhumadian, and you’ll find it in no time
The AIDS patients here are different from American ones
The women have never turned tricks
The men have never visited prostitutes
They sold their blood to support their kids
And contracted the disease

Just hold the camera naturally
Will you take pictures with AIDS babies?
Will you scoop up a handful of loess
To honor the young peasants who’ve already died?
If you want to cry, then cry
If you want to swear, then swear
But please don’t do what Mr. Wan Yanhai did
He leaked news of China’s secret AIDS outbreak to foreigners
And was detained by the Ministry of State Security for one month

Mu Cao was born in 1974 and has published five collections of poetry, largely while working in jobs at the lowest rung of society. He is one of the few openly gay poets living and writing in China, and as such, he is necessarily branded as a kind of dissident, or at the very least, as an outsider. Much of his poetry is dark and expressive of the tense situation in which he finds himself living. The poems featured here are the first of his to be translated into English.

Jennifer Feeley is the co-editor of Simultaneous Worlds: Global Science Fiction Cinema (University of Minnesota Press, 2015) and translator of Not Written Words: Selected Poetry of Xi Xi (Zephyr Press and MCCM Creations, 2016), which World Literature Today named one of the 75 notable translations of 2016. Her publications have appeared or are forthcoming in FIELD, Epiphany, Tinfish, The Taipei Chinese PEN, Pathlight, Chinese Writers on Writing, Journal of Chinese Cinemas, and Creating Across Cultures: Women in the Arts from China, Hong Kong, Macau and Taiwan, among others. She holds a PhD in East Asian Languages and Literatures from Yale University.