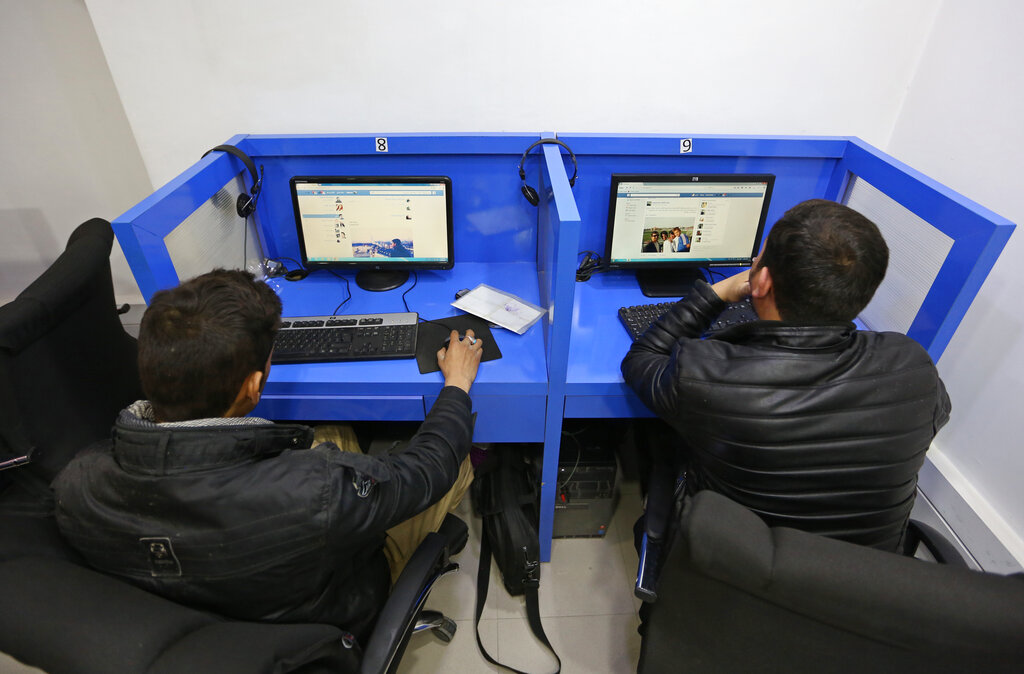 As the Taliban negotiates with senior politicians and government leaders following its lightning-fast takeover of Afghanistan, U.S. social media companies are reckoning with how to deal with a violent extremist group that is poised to rule a country of 40 million people. Photo by AP/Rahmat Gul

There is a distinctly 21st-century thread running through the crisis in Afghanistan: digital cultural erasure. Without the need to deploy new networks of closed-circuit cameras or sophisticated internet monitoring tools, the Taliban are already identifying perceived enemies from their social media accounts and conducting reprisals against them, their families, and their communities. In response, Afghans are rushing to delete their accounts and posts, photos and data, often irrevocably.

Along with civil society and world governments, the tech giants are providing emergency support to those most at risk of censorship or reprisal by the Taliban. But there are two additional aspects of this tragedy that demand recognition. First, the problem is societal in scale, not individual; it is not only activists and artists that need support but an entire society and culture. Second, the choice between safety and erasure is one no society should ever have to make. When governments fall or authoritarianism rises, whole populations need the ability to hide away and still preserve the digital content that could now threaten their lives. The emergency erasure that the Taliban are compelling today risks becoming permanent; the cultural archive and personal memories of an entire generation of Afghans are at risk. It is a free expression and cultural tragedy.

Listen to Matt discuss this piece and more on our weekly podcast The PEN Pod.

When authoritarian powers assume control, people have always faced the horrible imperative to shred, burn, and bury documents; hide away photographs and heirlooms; and hush up friendships and associations. But as the Afghan people scramble to avoid being labeled as subversive or as allies of the West by the Taliban, they are facing a set of complex challenges in the form of social media histories and the uniquely public, thorough, and often difficult-to-delete documentation we generate about not only ourselves but our immediate and extended communities by simply existing online. These are un-buryable photos, records of our friendships and opinions, our lives minute to minute that no interrogator could hope to assemble so completely. Afghans are rushing to remove photos posted by friends and friends of friends and combing through follows, tags, and likes with a sense of panic. They are choosing between deleting memories irrevocably and facing unknowable future repercussions for leaving them up, in some cases literally waiting for the knock at their door.

The digital cultural erasure crisis in Afghanistan is a crisis of citizens in a relatively open society whose digital lives have been recontextualized by a sudden and terrible shift in the real world. The problem is that the tools marketed to them as members of that open society make only minimal provision for the fact that things might not always stay so open. Tools like Facebook, Twitter, and YouTube have been built in the context of relatively stable democracy and are optimized for surveillance capitalism: They generate more and more detailed data about each of us for the purposes of increasingly sophisticated digital ad targeting and sales. That in itself creates problems of a slower kind. But in a cataclysm like the one the Afghan people are experiencing, this model of continuously accruing data—of permanent identity, publicity, and community—poses a special danger. When disaster strikes, a person can immediately change how they dress, worship, or travel but can’t immediately hide the evidence of what they’ve done in the past. The assumptions that are built into these platforms do not account for the tactical need of Afghan people today to appear to be someone different from who they were two weeks ago. Moreover, they do not provide sufficiently powerful or easy-to-use tools to store away those past identities and memories for the future. This is the crisis that Facebook, Twitter, Google, and other companies have not prepared for and must now face, immediately for Afghanistan and in preparation for potential crises in any given country in which they operate.

The digital advertising and social media giants have shown some interest in developing their capacity to respond to important geopolitical moments—for example, the “war rooms” that Facebook has established to protect particularly fraught elections, and the special advertising, public safety, and disinformation policies that Facebook, Twitter, Google, and others have established for elections and some crises. Today, teams at these companies leap into action when crises erupt like the one in Afghanistan or the continuing one in Myanmar. But the scale of the response is still at the individual level: the artist, the activist, the account that needs to be taken down or restored. The need is so much greater, and the paradigm of suspensions, restorations, and individual protection or culpability is inadequate to the task. The social media companies must take action to provide know-how and tools to help everyone in danger in Afghanistan hide and preserve their digital lives without erasing digital existence altogether.

The Taliban may hold Kabul today, but a generation of memories will provide their stiffest resistance. In the heartbreaking pictures and accounts we are seeing of people forced to flee their lives without even a suitcase, digital keepsakes should not only not pose a threat but should provide a refuge, a means of secreting away what the people with the guns want to weaponize, and then erase.

For those seeking to erase their digital footprint, Human Rights First has provided a thoughtful guide that is available in Pashtun, English, and Chinese.

Their number grows by the day and we need to help them be a force to be reckoned with. ⁦@SuzanneNossel⁩ of ⁦@PENamerica⁩ on the power of exiles https://foreignpolicy.com/2021/09/13/biden-hong-kong-belarus-iran-bolster-the-power-of-exiles/

Join us as we present Maggie Nelson in conversation with @cathyparkhong to discuss Nelson’s new book ON FREEDOM for the @BKBF on 9/29! https://bit.ly/3l5PYNy