A Troubling Trend: Free Expression Under Fire in Catalonia 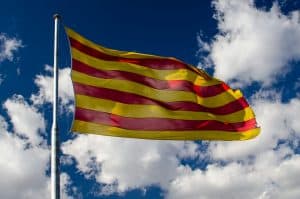 After more than 14 months in pre-trial detention, Oriol Junqueras, the former vice president of the Catalan regional government, is set to go on trial January 22, 2019, in Madrid on charges of “rebellion, sedition, and misuse of public funds” for his central role in organizing the October 1, 2017, referendum on Catalonian independence. That referendum was disrupted by the intervention of Spanish riot police, who seized ballot boxes and dispersed voters in brutal actions, after the Spanish executive and judicial authorities had declared the vote illegal and ordered it suspended.[1] An investigation by Human Rights Watch concluded that police used excessive force when confronting voters and demonstrators, including hitting non-threatening protestors with batons.[2] The Catalan Health Ministry announced 893 reported injuries.[3] Some incidents of violence against police were also reported, and the Spanish Interior Ministry said that 19 police and 14 civil guards required immediate medical attention, with an unspecified additional number injured.[4]

Eleven others will also be on trial with Junqueras in a televised proceeding in Spain’s Supreme Court. Imprisoned civil society activists Jordi Cuixart and Jordi Sànchez, who have recently launched hunger strikes in protest against their incarceration, also face charges for their advocacy of the referendum.[5] Another dozen indicted politicians and activists, including the former president of the Catalan regional government, Carles Puigdemont, fled to other European countries—which have thus far declined to extradite any of the accused back to Spain for trial.

While PEN America takes no position on the matter of Catalonia’s quest for independence, the heavy-handed effort to disrupt the vote, and the prosecution of its organizers, represents an unacceptable restriction on peaceful free expression on the part of a substantial population. According to the Catalan government, nearly 2.3 million votes were cast (43 percent of registered voters), despite the police violence against voters and election administrators—and 92 percent of those voters supported independence.[6] However, an unknown additional number of ballots were never counted, after being seized by the police.

Spanish authorities’ reaction to pro-independence speech in Catalonia is part of a troubling broader trend in the country toward shrinking the space for dissenting opinions in Spain. Rising numbers of prosecutions under Article 578, which criminalizes “glorifying terrorism” or “humiliating” its victims, has led to convictions for song lyrics, puppet shows, and tweets. The law, popularly known as the “gag law,” led to the prosecution and conviction of rapper Valtònyc and rap collective La Insurgencia, in addition to the now overturned conviction of student Cassandra Vera for a tweet in 2016.[7] According to a report by Amnesty International, most of the cases prosecuted under Article 578 relate to alleged “glorification” of “domestic armed groups,” particularly the Basque separatist group ETA, which dissolved in May of 2018,[8] and GRAPO, the First of October Anti-Fascist Resistance Group, which has been inactive since 2007.[9]

On February 22, 2017, musician and poet Valtònyc (the stage name of Josep Miquel Arenas Beltrán) was sentenced to three years and six months in prison for his lyrics, which the court said contained glorification of terrorism, slander, and defamation of the crown. Arenas’s legal team argued that rap often contains provocative and symbolic language and that the genre has drawn on expressions of frustration with societal ails since its inception. Criminalizing rap lyrics, they argued, restricts free expression. One of Valtònyc’s most well-known songs, “Tuerka Rap” criticizes the Spanish royal family for its relationship with the Saudi royal family and for their spending habits.[10] After sentencing, he fled to Belgium, where courts decided last September that they would not comply with Spain’s request for extradition.[11]

The mayor of Barcelona, Ada Colau, expressed solidarity with Valtònyc, tweeting “Sad and dark times when you have to fight for something so obvious as #rappingisnotacrime, singing about Bourbon thieves (. . .) is #freedomofexpression.”

The right to dissent and to express and disseminate one’s ideas are critical components of free expression and a cornerstone of democratic society. While Valtònyc’s lyrics may seem objectionable or hard to defend by observers, their prosecution under anti-terrorism laws demonstrates an outsized response that could lead to self-censorship of politically controversial or satirical speech. An environment of shrinking space for open debate may bear particularly heavily on some of the Spain’s long-lasting separatist conflicts.

On October 27, 2017, the Parliament of Catalonia unilaterally declared independence from Spain. The proposal presented by the pro-independence political parties Junts pel Sí and Popular Unity Candidacy was approved with 70 votes in favor, 10 against, and 2 blank votes, while 55 MPs from the opposition declined to be present during the voting.[12]

To be sure, current polls and recent elections show that Catalans remain divided on the issue: The most recent poll released by the Center for Opinion Studies (CEO) in July 2018 found 46.7 percent in favor of independence while 44.9 percent were opposed.[13] In regional elections in December 2017, pro-independence parties secured a majority of seats in the regional legislature, though the largest party opposes secession.[14] What has been consistently clear in the polls is a desire for Catalans’ voices to be heard on the matter, with 70 to 80 percent of respondents consistently expressing support for a referendum in every poll since 2012.

Regardless of one’s opinion on the question of Catalan independence, what’s at stake here is the right to peacefully dissent and to advocate for political alternatives. Charges of rebellion for non-violent action—for what was effectively a large-scale act of civil disobedience—can deter legitimate protest and threaten the vibrancy of political conversation in a democracy. “In a democracy,” said Junqueras in a recent interview from prison, “no one should end up in jail for putting out ballot boxes.”[15]

Journalism in the Crosshairs

As banned books and educational gag orders surge across the country, we must defend the freedom to write, the freedom to read, and the freedom to learn. PEN America is highlighting the words of writers who are impacted by challenges to their work like @CherylRainfield.

We are appalled by the recent dismissals of leadership at 3 major Moscow theaters & the renaming of the Gogol Center. As @meduza_en suggested in their reporting, this is not about contract expiration—this is about silencing critics of Russia’s invasion.

"The legacy of loss shapes us in ways we are still coming to terms with 75 years after the partition. This is true of many communities across the world."

Our founder @suchitrav speaks to @PENamerica about her book "Midnight's Borders":
https://pen.org/the-pen-ten-an-interview-with-suchitra-vijayan/