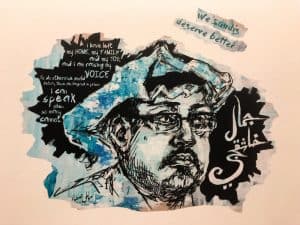 On February 8, the Trump Administration faced a legally mandated deadline to report to Congress on the U.S. government’s findings on who is responsible for the murder of Saudi journalist, Washington Post columnist, and U.S. resident Jamal Khashoggi, and whether it would impose sanctions on those individuals. In a move that surprised few observers, the administration refused to do so.[1] The deadline originated with a letter sent to the president October 11, 2018, by a bipartisan group of 22 senators, invoking a never-before-used provision of the Global Magnitsky Human Rights Accountability Act of 2016 that requires a response from the executive.[2] The Obama Administration had previously declared that it retained the right to decline to respond to requests under this provision, suggesting it represented excessive congressional power over the executive branch.[3] The Trump Administration’s refusal to report, however, appears to have less to do with constitutional debates over separation of powers, and more to do with the president’s refusal to accept the consensus view that Saudi Crown Prince Mohammed bin Salman was behind Khashoggi’s brutal murder by government agents in the Saudi consulate in Istanbul on October 2, 2018.

The CIA concluded in November that the Crown Prince ordered Khashoggi’s assassination.[4] On February 7, 2019, just a day before the congressional deadline, The New York Times reported on a 2017 conversation intercepted by U.S. intelligence agencies, in which the Crown Prince discusses the need to bring Khashoggi back to Saudi Arabia, either by enticement or by force. He then says that if that does not work, he will “go after Mr. Khashoggi ‘with a bullet.’”[5] Despite these findings, President Trump has said that “we may never know all of the facts surrounding the murder,” and repeatedly suggested he takes the Crown Prince’s denials of involvement at face value.[6]

In contrast to the president’s inaction, Khashoggi’s murder has sparked an unusually strong, bipartisan response on Capitol Hill. The October 11 letter demanding a response from President Trump was co-signed by then-chairs and ranking members of the Senate Foreign Relations Committee and Senate Appropriations Subcommittee on State, Foreign Operations, and Related Programs, along with 18 other Democrats and Republicans. On February 7, a bipartisan group of seven senators introduced the Saudi Arabia Accountability and Yemen Act, which would, among other things, require sanctions be imposed on those responsible for Khashoggi’s murder. In the press release announcing the bill, Senator Bob Menendez (D-NJ) said it was intended in part to “[prevent] President Trump from sweeping Mr. Khashoggi’s murder under the rug,” while Senator Lindsey Graham (R-SC) noted that “it is not in our national security interests to look the other way when it comes to the brutal murder of Mr. Jamal Khashoggi.”[7]

Earlier this month, Agnes Callamard, the UN Special Rapporteur on extrajudicial, summary, or arbitrary killings, took it upon herself to launch an inquiry into the Khashoggi murder under the terms of her mandate.[8] In her words: “There being, to date, no signal that the U.N. and member states intend to demand officially or implement an international criminal investigation, I felt the duty.”[9] Last week, Callamard released preliminary observations from her inquiry, following an investigative visit to Turkey. She stated that the evidence thus far “demonstrates a prime facie case that Mr. Khashoggi was the victim of a brutal and premeditated killing, planned and perpetrated by officials of the State of Saudi Arabia and others acting under the direction of these State agents.”[10] Callamard’s effort is to be applauded, and she has said she hopes her inquiry will form the basis for a full investigation.

This underlines the importance of what PEN America and other advocacy groups have been calling for: a UN-authorized, independent, international investigation.[11] Callamard has acknowledged that her own inquiry, while vital, is no substitute for this, which she and the Special Rapporteur on the promotion and protection of the right to freedom of opinion and expression, David Kaye, called for in October.[12] Neither Turkey nor the United States can be counted on to engage in an unbiased investigation, as both have many other interests at play; and it would be absurd to entrust the Saudis with the task. One could argue such an investigation would make little difference; President Trump, already hostile to the UN, would dismiss the findings of such an effort. And no matter what is found about Mohammed bin Salman’s guilt, he is unlikely to be held accountable at home. Nonetheless, such an effort is still vital to demonstrate to Saudi Arabia—and to other autocrats around the world—that actions like this one have consequences.

Khashoggi’s murder shocked the world for its gruesomeness and brutality, but also for the arrogance with which it was carried out. Saudi Arabia seemingly felt it could commit an extra-territorial and extrajudicial assassination, and dismember a man inside a diplomatic facility, and face no significant geopolitical consequences. As if to drive this point home, last week the Saudi Foreign Ministry tweeted a picture of the Crown Prince and King Salman, with a quote from the Foreign Minister, saying: “Our leadership is a red line.”[13] Text on the photo itself stated: “We warn against any attempt to link Khashoggi’s crime to our leadership.” Notwithstanding that the link is now well-established (and that Khashoggi himself committed no crime), this is a remarkable threat for a government to issue—and to whom, exactly? The CIA? Congress? Any journalist, commentator, politician, or UN member state? Does Saudi Arabia think that all of us live under their repressive rule? If this murder does get swept under the rug, if the regime does in fact face no long-term geopolitical or economic consequence for this brazen and brutal murder, then the Saudis will know they are untouchable. And every other autocrat will have reason to suspect they might be, too.

At a press conference in front of the White House on February 7, PEN America’s Washington Director Thomas O. Melia said, “As an association of writers, we feel as if a member of our family has been taken from us.” We continue to call for a UN-authorized independent investigation, which is needed to uncover and document the truth of this heinous crime and to lay the groundwork for all those responsible for Jamal Khashoggi’s murder to be held accountable.

“As an association of writers, we grieve for Jamal Khashoggi and his family. We feel like a member of our family has been taken from us.”@thomasomelia demands #JusticeForJamal and calls for an independent, international investigation into his murder outside of the White House. pic.twitter.com/1pFp6a8CIB

Join PEN America and more than 100 writers, journalists, artists, and activists—including J.K. Rowling, Bob Woodward, Meryl Streep, and more—in calling on the United Nations to initiate an independent, international investigation into the murder of Jamal Khashoggi. Add your name to the letter here »