The Harms of Electronic Surveillance in the Workplace 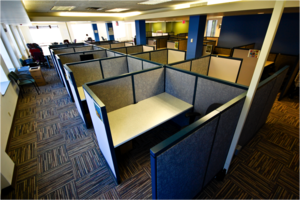 Electronic surveillance refers to the use of computers and other technological devices to monitor, record, and track employee activities. Information on employee performance, behaviours, and personal characteristics is collected in real time (for example, by monitoring email or telephone calls) or as part of broader organizational processes (for example, by drug testing during recruitment). Drawing on published research, the following paragraphs outline the purpose, nature, extent, and effects of electronic surveillance on employees. The power-related, human rights and ethical implications of the practice are then discussed. Electronic surveillance remains a controversial issue in the workplace and beyond.

Businesses deploy electronic surveillance for three reasons: to maintain productivity and monitor resources used by employees; to protect trade secrets; and to provide evidence in case of a legal dispute. They thus use it to manage cost, quality, and risk. The current range of electronic surveillance techniques varies from computer and telephone logging, to drug testing, mystery shopping, closed circuit television, GPS tracking, and electronic recruitment. Recent developments include the use of accelerometers in mobile phones to monitor cleaning staff, a facial recognition application from Microsoft that assesses employee mood, and enterprise-wide computer applications that compile the information staff post to social media applications for use by management. The internet is largely responsible for an increase in employee monitoring during the last ten years as organizations routinely monitor staff email and internet use. The most intense electronic surveillance of employees is found in the service sector, particularly in the gambling, logistics, and call centre industries. Because these industries have low union density, consistent opposition or resistance to surveillance is not widespread. Unions publish voluntary codes of practice for their members, but electronic surveillance is rarely the subject of collective bargaining.

The dangers of electronic surveillance in the workplace have been debated since the early 1980s, when a multi-disciplinary report commissioned by the US Congress Office of Technology Assessment entitled The Electronic Supervisor: New Technologies, New Tensions examined its potentially harmful effects. Early research demonstrated its impact on employee stress levels. Electronic surveillance is most stressful when it does not represent employee efforts accurately, employees cannot challenge its results, it is applied to inappropriate tasks which are difficult to measure and employees have no say in its onset. Furthermore if it is applied intensively where there are threats to job security, where decisions about pay or promotion are at stake, where employees are under-trained, or where there are low levels of trust and communication between management and employees its results can be catastrophic. If no alternative can be found, managerial attention to task design, supervisory processes, employees’ expectations about surveillance, and the working environment can mediate its downsides.

Exacting surveillance also sends a strong message to employees about the kind of behaviours the employer expects or values. Research finds that monitored tasks are deemed more valuable or critical than non-monitored ones, so employees will pay greater attention to those tasks and afford greater importance to the behaviours monitoring reinforces. Finally, excessive monitoring can sometimes produce the behaviours it was designed to prevent. If employees perceive surveillance practices as an intensification and extension of control, it is likely that they will try to subvert and manipulate the boundaries of when, where, and how they are measured. A further development in worker resistance is the emergence of counter institutional websites (known as ‘gripe’ or ‘sucks’ sites) which allow aggrieved employees and customers to post about their experiences: a form of electronic surveillance by employees over their employers which facilitates collective organization. There are currently over 7000 corporate focused sites with ‘sucks’ or ‘sux’ in the URL).

The ubiquity of electronic surveillance makes it difficult to radicalize. Graham Sewell and James Barker have made progress into touching on this issue as they question the legitimacy of local surveillance regimes, using irony and by emphasizing how it becomes controversial in the micro-dynamics of everyday work life.

Wider ideological and ethical critiques are possible, too. Electronic surveillance in the workplace serves to perpetuate existing inequalities and thus reflects broader dynamics of power relations and social structure. Michel Foucault pointed out that any surveillance practice features ‘circuits of profit’ with a return in favour of its owners. As such, electronic surveillance applied in the workplace predominantly benefits the owners of capital. It is disproportionately applied to those at the bottom of the organization who, co-incidentally, tend to be women or minorities. Those in more powerful positions escape such scrutiny.

Others have argued that it represents a return to an old-style technical control of work and that it has promoted a new wave of deskilling in the service sector. It continues to raise human rights issues. Privacy concerns abound in the face of new, automated workplace surveillance technologies that focus on aspects of the human body, as well as those that disrupt the implicit and explicit boundaries between work and non-work life. Finally, electronic surveillance is closely allied to employment ethics as its results can influence the distributive justice of reward and it can circumvent the procedural justice of consultation processes. Enduring questions remain as to how the use of electronic surveillance is shaping the nature of work for future generations.