The Future of Writing in English 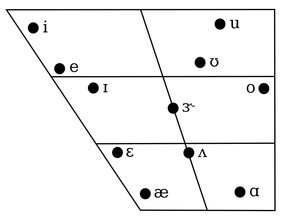 This poem is from the forthcoming Privacy Policy: The Poetics of Surveillance (Black Ocean), edited by Andrew Ridker.

The Future of Writing in English

After being released from a concentration camp and becoming an exile in Shanghai, Charles K. Bliss invented a language of no sounds. A writing system of symbols to circumvent speech, its manipulations. Ideographic. Ideo. Idea. Ideal as the space between mind and page as silent.

In the future, English writing more and more becomes the opposite of this. Each word must be said aloud before it appears on the screen. Seeing, without saying—that’s the manipulation. From voice, which has become content the way sex is the subtext. The flesh of meaning.

English adopts a notational system of dots and dashes above and between words to approximate tone, to make the speaking silently talk. We can’t trust them, the words, to be the mind behind. A dot. A dash. The speech within speech.

In Future English, the thread of feeling in each word has become an overt overture, a prioritized primal focal point. Words are color-coded according to an emotional template based on the smallest fluctuations of pulse and temperature in the tips of fingers as they type. What do we encode into words with our bodies as we speak? There is technology for this. It’s right there in red red red.

I just want to say. I have been. I think about. Now you know.