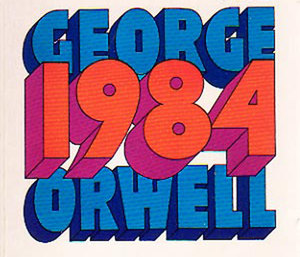 Science fiction has long explored the possibility and implications of government omniscience resulting from ever-expanding state surveillance powers. But it’s not just Orwell and Kafka—writers throughout history and across genres have considered such themes with strikingly similar conclusions.  Here are a few works picked by PEN Staffers that showed the vast breadth of surveillance in literature.  The question is, are they innocent fiction or ominous forewarning? Scholars credit the rise of modern state surveillance in part to Joseph Fouché, a wily political mastermind who coursed in and out of the French Revolution. After executing thousands of French citizens in a purge, Fouché positioned himself to become the minister of police under Napolean, where he developed an elaborate network of spies and turncoats to control and intimidate dissidents, including Napolean himself. Victor Hugo fictionalized this system in Les Misérables when an unrelenting Inspector Javert pursues the fugitive Jean Valjean throughout France after he violated parole. Hugo’s Javert trails Valjean through informants, rational thought typical of the Enlightenment period, and cold intuition. Was Javert a baritone like the character in the Broadway production ofLes Misérables? We may never know because the real Fouché was doing the watching, and not the other way around. Harrison Bergeron takes place in a highly surveilled dystopian state where everyone is made physically and mentally “equal” by various laws that require anyone with any type of advantage to assume a handicap—if you are beautiful, for example, you must wear a mask; if you are intelligent, you must wear thought-distorting headphones. While some characters make an argument for the protections that these laws provide, the story shows a world devoid of any beauty, creativity, or love. 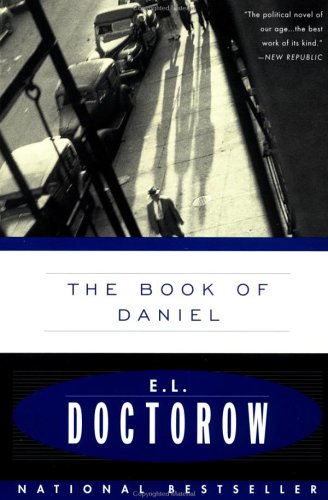 E.L. Doctorow has been writing about spies for a long time. The Book of Daniel is a fictionalized account of the trial of Julius and Ethel Rosenberg, two Americans have been accused of passing information about the atomic bomb to the Soviets. More than 40 years and many novels later, Doctorow is focused on a different kind of spy: the government. He worries that government surveillance programs, like those revealed this summer by Edward Snowden, aren’t being kept in check by the president, the press, or the American public. The Handmaid’s Tale, by Margaret Atwood
1985

Set in the Republic of Gilead—formerly the United States of America—in the not-so-distant future, The Handmaid’s Tale tells a story of terrorism, pollution, and disease where a theorcratic new government has risen to restore order by suspending all constitutional rights.  Women are the most deeply affected, stripped of all privileges and forced to submit to men.  A system of surveillance emerges in Gilead in the form of a secret police force aptly named “the Eyes of God.”  The novel shows not only what can happen when protection and security are used as an excuse to violate and suspend human rights, but also the risks, trust, and organization that are required to mount the resistance. “Who can be trusted?” That’s the question posed to Lord Eddard Stark in Game of Thrones, the first book of George R.R. Martin’s A Song of Ice and Fire series. From Varys’s “little birds” to Littlefinger’s spy network, everyone is listening, reporting, and twisting words and actions for their own ends. Trusting in the wrong listeners can have grave consequences, as anyone in King’s Landing knows. Though it’s fantasy, it still posits the same question in our laps: if we’re being surveilled by rulers and watchers over the realm, can we trust anyone? Can we trust ourselves? A Series of Unfortunate Events, by Lemony Snicket (the pen name of author David Handler)
1999-2006

Count Olaf is one of children’s literature’s most memorable villains.  A former undercover agent in a massive criminal organization, he received training in disguises and secret codes and spun off his own evil theater troupe.  His mission is to steal the family fortune of the Baudelaire orphans whose parents had been his enemies and died in a not so suspicious fire. He is a master of control via his surveillance skills, as symbolized by the all-seeing eye tattooed on his ankle, the eye that watches all his victims.