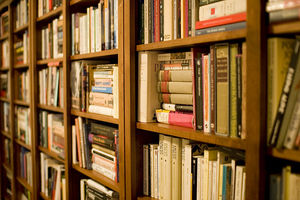 PEN has announced the shortlisted titles for its nine book awards, spanning fiction, essays, science writing, biography, sports writing, translation, and children’s books. After announcing the longlisted titles last month, PEN extends their congratulations to the writers and translators who have been recognized in this next round of deliberations by its many distinguished and discerning judges. Be sure to check back with PEN.org later this summer, when the winners will be be announced.

PEN/Diamonstein-Spielvogel Award for the Art of the Essay ($10,000): For a book of essays published in 2013 that exemplifies the dignity and esteem that the essay form imparts to literature.

(The following PEN Awards do not have shortlists but are listed below to recognize the participation of those authors who are judging the awards. The winners will be announced later this summer along with the winners for the above book awards.)

PEN will begin accepting submissions for its 2015 Awards later this summer. For a list of all 2015 PEN Awards and information about submission guidelines, please visit www.pen.org/awards. For questions about any of the awards, write to awards@pen.org. For questions about the shortlisted titles, upcoming awards announcements, or advertising in the 2014 Ceremony program, please contact Paul W. Morris, PEN’s Director of Literary Awards, Membership, & Marketing, at paul@pen.org.